All cats, and all living individuals in general, are unique, I can give you that, but some are more unique, not because they’re superior to others, but because some individuals are more than just one individual. The latter statement might puzzle you. “What do you mean some individuals are more than just one individual? That’s elitist!” Now now, this is not what I meant at all! Actually, there’s a rare genetic condition that causes two or more zygotes to merge at the inception, making an individual a mix of two individual forming cells. The condition is poetically called “chimerism,” named after a Greek mythical creature Chimera, which was part lion, part goat, and part dragon… Actual chimerism isn’t as dramatic as in the myths, but, fortunately for us, it’s much more beautiful and wonderful to see in reality! Here’s Geri, a rare genetic specimen (or should I say specimens?) that has chimerism, and looks so cute that hundreds and thousands of fans find it hard to resist. 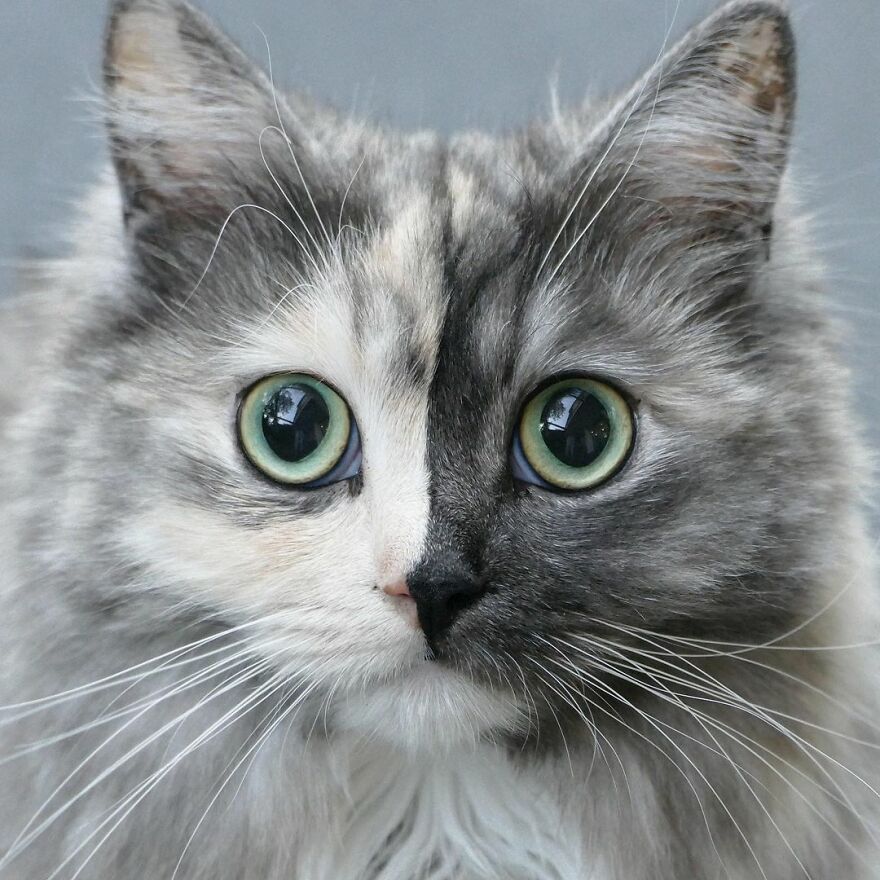 But an owner will always describe their pet better than any writer ever could, no matter how good. Erika, Geri’s owner, told everything to Bored Panda herself. “I found her at my favorite pet shop in 2019. She was 2 months old. I used to be a dog person but as soon as I got her, I changed to a cat person, lol.”

As for Geri’s recent success on the Internet, Erika is “happy for Geri! Makes me realize again that I’m the lucky one to have Geri. 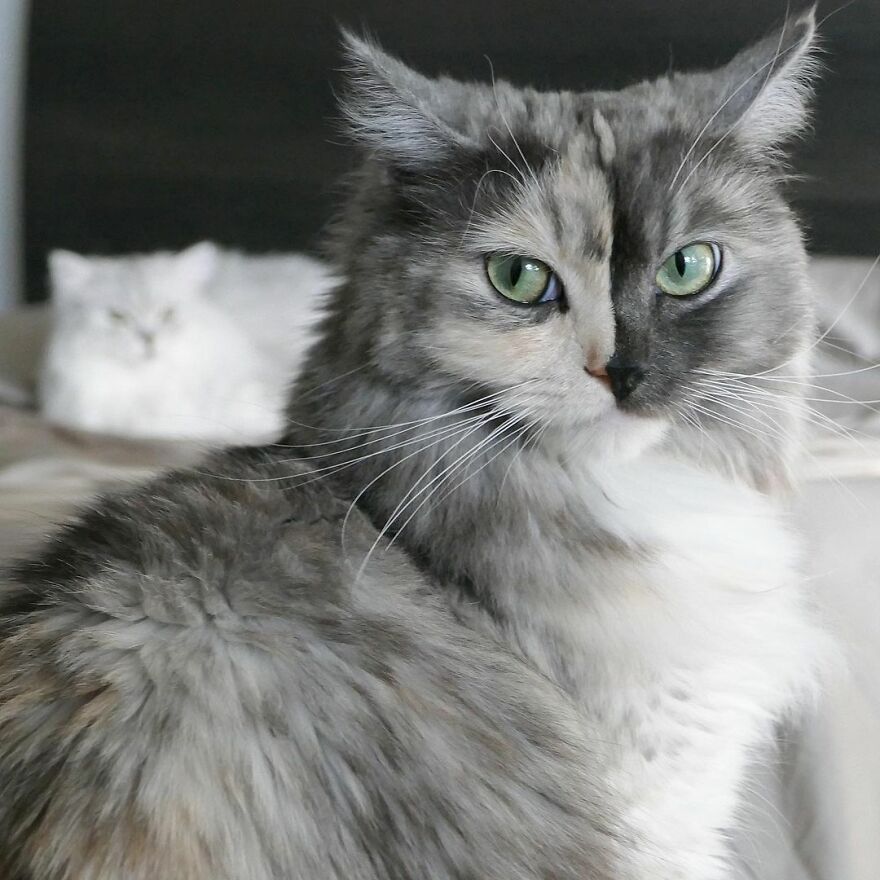 The photos are very beautiful, and Erika credits it all to Geri.”I truly enjoyed taking photos because as a part of my job, I used to be a travel writer. Also, Geri shows me lots of expressions and I found it very lovely so I take photos of her a lot. I’d like to enjoy and keep every moment with her.” 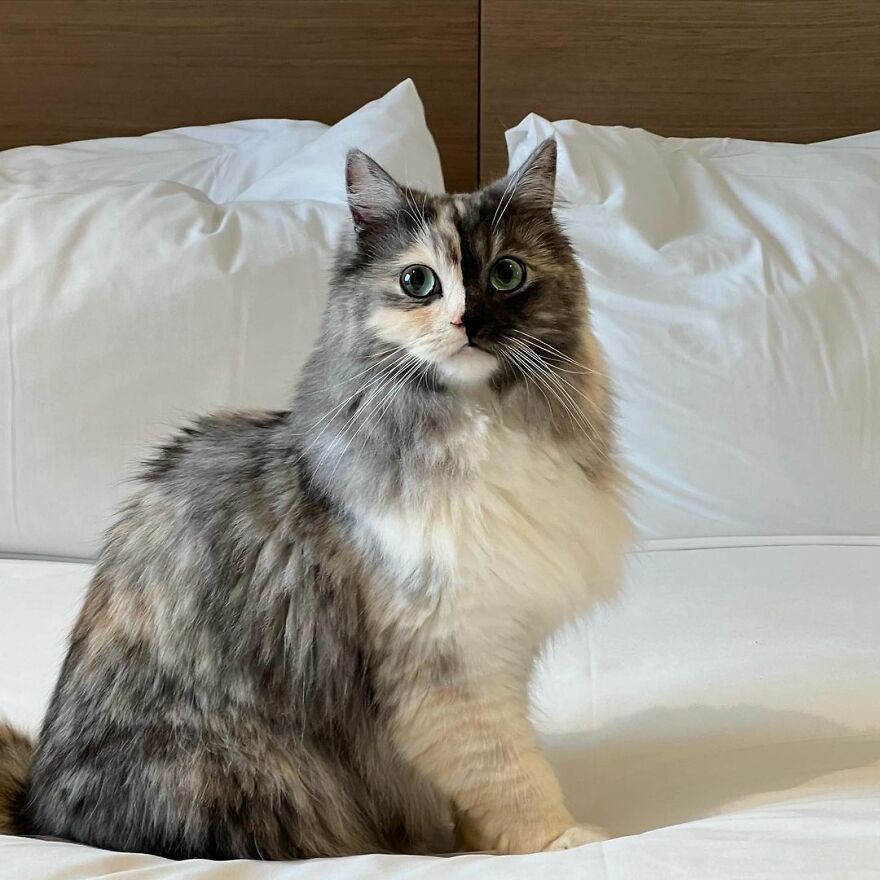