Romeo – a chubby little fella who has been named “the world’s loneliest frog” – might’ve just found his better half. For the past 10 years, scientists have been trying to find him a potential mate as he was considered possibly the last one of his species. The cute amphibian caught people’s attention after conservationists created a playful Match.com profile for him.

His profile read: “Well, hi there. I’m Romeo. I’m a Sehuencas (pronounced “say-when-cuss”) Water Frog and, not to start this off super heavy or anything, but I’m literally the last of my species. I know – intense stuff. But that’s why I’m on here – in hopes of finding my perfect match so we can save our own kind (no pressure ;)). I’m a pretty simple guy. I tend to keep to myself and have the best nights just chilling at home, maybe binge-watching the waters around me. I do love food, though, and will throw a pair of pants on and get out of the house if there’s a worm or snail to be eaten!” 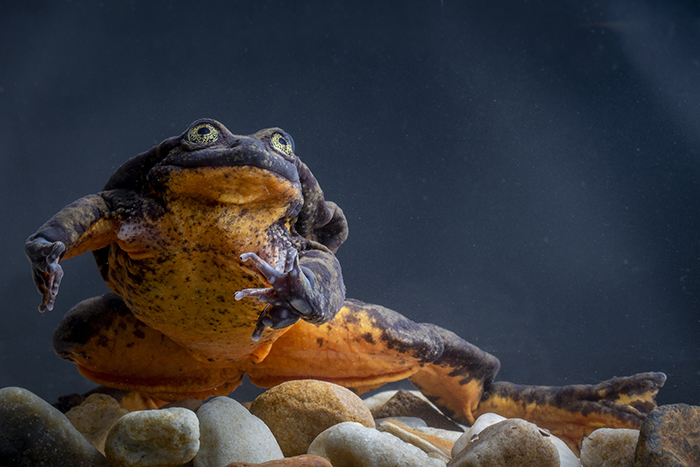 Romeo’s search for love started when Bolivia’s Alcide d’Orbigny Natural History Museum teamed up with Global Wildlife Conservation in order to raise money to help save the Sehuencas water frogs from extinction. Teresa Camacho, a zoologist, led an expedition to Bolivia’s cloud forest last month to find a female Sehuencas frog who’d he’d be able to reproduce with. “At that point we were exhausted after searching all day with no results,” Teresa remembers. “We looked for the frogs in streams that had the perfect conditions, including in a stream where I had found Sehuencas Water Frogs 10 years ago. But we didn’t see any species of frogs, water frog or otherwise. The entire team was wet and tired.” 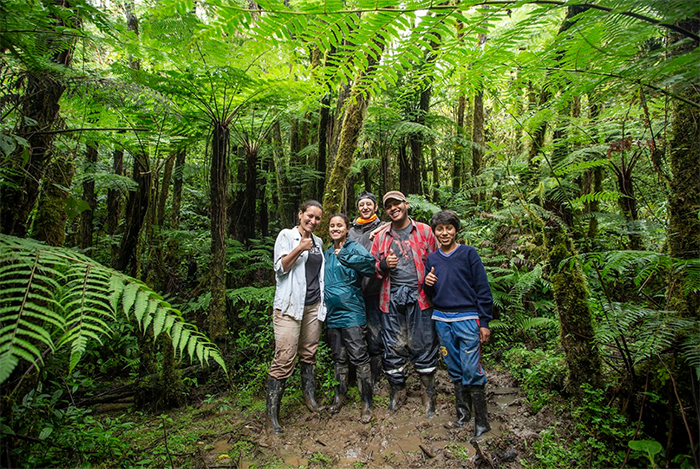 “When I pulled it out, I saw an orange belly and suddenly realized that what I had in my hands was the long-awaited Sehuencas Water Frog. My first reaction was to yell “I found one!” and the team came running over to help me and pull the frog to safety,” the leader of the expedition said. Unfortunately, it turned out that that frog was male, but Teresa knew that there also had to be some females nearby, and she was not wrong. The team went back to the same place the next day and found two male and two female Sehuencas Water Frogs.

According to the scientists, Juliet is at the perfect age for reproduction. However, for the moment she’s quarantined until test results come back – the zoologists have to make sure she doesn’t have dangerous chytrid fungus, which has been known to have wiped out entire populations of frogs. 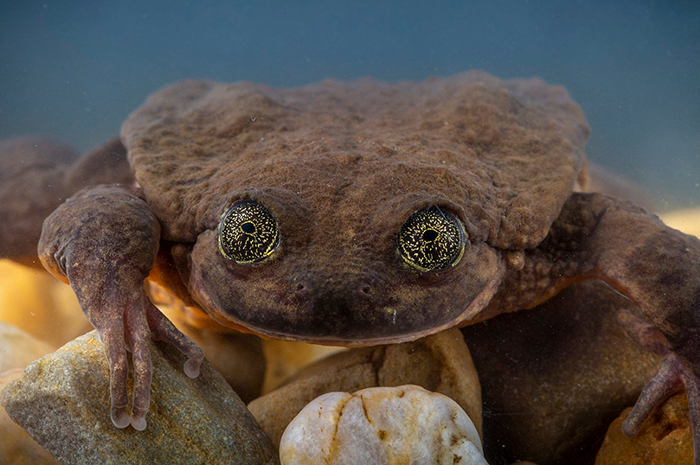