Two seagulls have become internet-famous this week for perking up boring traffic reports. The Transport for London (TfL) Twitter account which informs Londoners about problems on the roads (or yet another Central line disruption) have increased the amount of their audience massively after two ‘reporters’ made their appearances on one of the traffic cameras. The pair are now the highlight of the Transport for London Twitter feed and people on the popular social media platform can’t seem to get enough of them. Numerous Twitter users found a perfect opportunity to use bird-related puns such as ‘fowl traffic’, ‘beak careful drivers’, while some suggested that one of the birds might become a future mayor for the capital. The bird duo which is seen wandering around the Blackwall Tunnel in Poplar, East London, became so iconic, people even made them a Twitter account.

People were joking around that the bird looks like he has some attitude. The tweet with the seagull quickly amassed more than 15,000 likes and thus, a star was born. 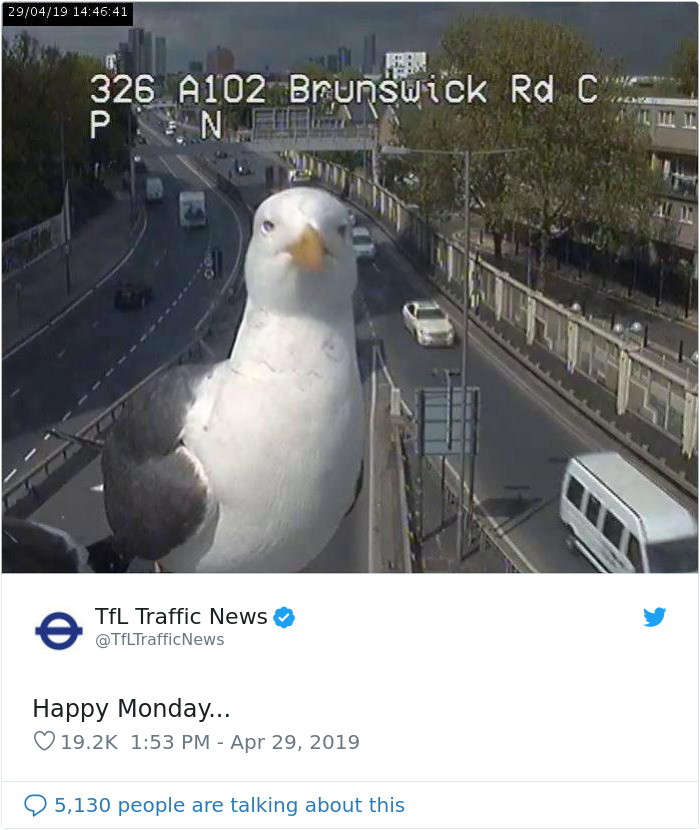 “Guess who’s back?!”, Transport for London tweeted alongside a photo of the bird. No other tweets on the TfL account have ever received so many likes or retweets.

Later that day ‘due to popular demand’, the bird returned and appeared to be talking to the camera

The video on TfL’s Twitter has been viewed more than 600,000 times so it’s fair to say that the seagull really improved its game. “Is he advising people not to take any left turns?” inquired one Twitter user while the other called the update a “Gull-ivers travel update.” When it comes to puns, Twitter always knows how to deliver. 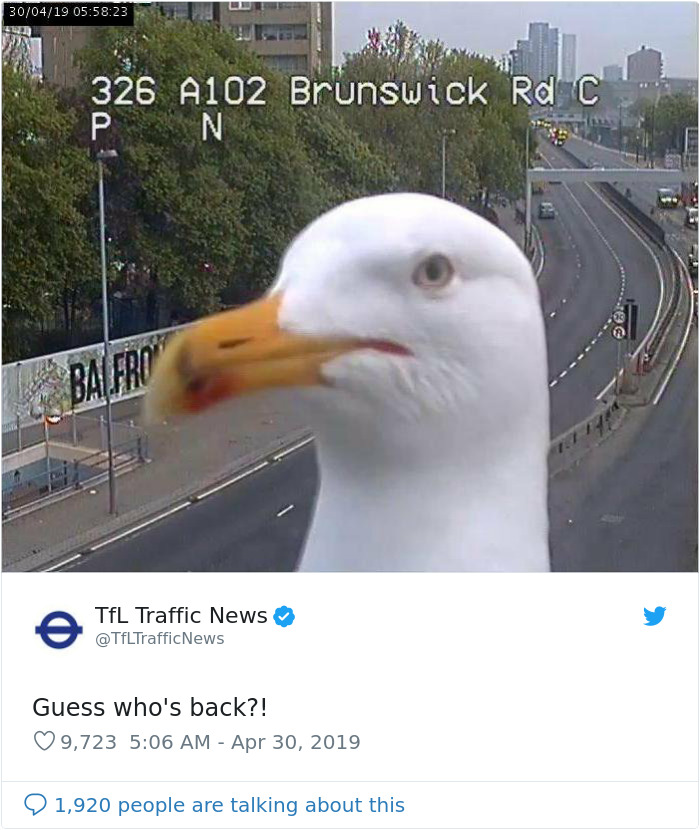 “Our cameras usually give us a bird’s eye view of traffic across London, but we’d like to thank our new colleagues Graeme and Steve for helping out at beak times,” tweeted Traffic for London.

The ‘favourite’ traffic reporter seems to really enjoy being on camera as he (or she?) returns to the same spot several times a day.