While the whole world is focused on exploring space and that which lies beyond the stars, with one of the most recent advancements being these high definition photographs of the sun, there are some that are pointing at the things we are yet to know right here on our planet.

The National Ocean Service states that more than 80 percent of our planet’s oceans are still unmapped, unobserved, and unexplored. We’re talking about 361 million square kilometers (139 million square miles) of water that amounts to a bit over 70 percent of the world’s total area.

So, there’s still heaps to explore on our own planet! 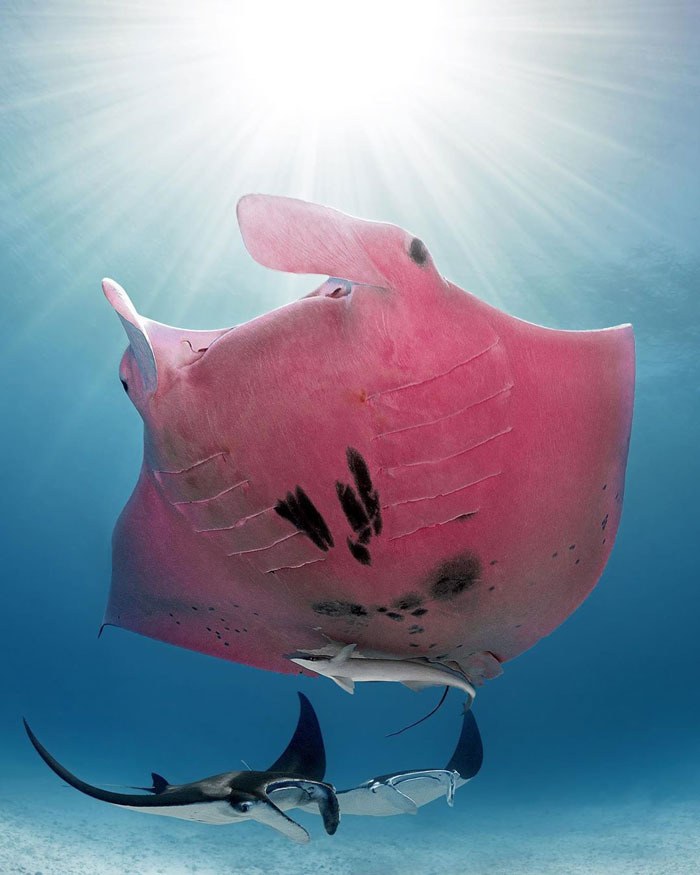 Underwater photography professional by the name of Kristian Laine was recently out diving off the coast of Lady Elliot Island in Australia’s Great Barrier Reef. He was taking some shots of the sea creatures there when he stumbled upon such an unusual sight that, at first, he thought his camera was broken. Bored Panda reached out to Kristian Laine for an interview.

“At first, I saw a manta train of 7 manta rays around a bommie at Lady Elliot Island, and they were about 12 meters deep, so I waited for the right moment to hold my breath and dive down,” elaborated Kristian. “When I was eye level with the pink fish, I was looking through the viewfinder and locked eyes with it. Only when I fired my strobes to take a photo, I noticed its pink skin but had no idea there are any pink mantas in the world. I was confused and thought my strobes were broken or doing something weird.” 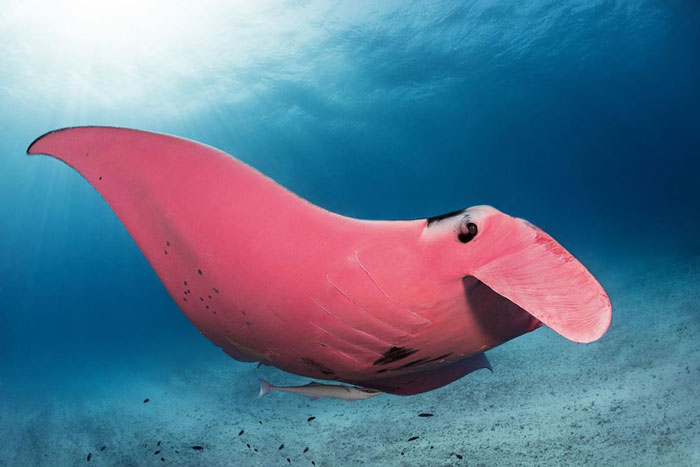 Laine explained that he had no idea that these unique animals can be pink. At first, this confusion led him to think that his camera’s strobes were malfunctioning. However, upon closer inspection, it was clear that his eyes weren’t deceiving him—it was an actual pink manta ray, prompting him to take pictures.

“[The pink manta ray] was extremely calm. I remember looking into the huge fish eyes and it felt almost as if it was smiling (or, at least, very friendly). The whole interaction lasted about 20 to 30 minutes.” explained Kristian. “I dove down multiple times, not really realizing how special the rare animal really is but I accidentally timed my dives in a way that I managed to get about 5 good photos of it interacting in the manta train and chasing the female. I believe at times the pink manta was first or second in line to the female beating other males in order.” 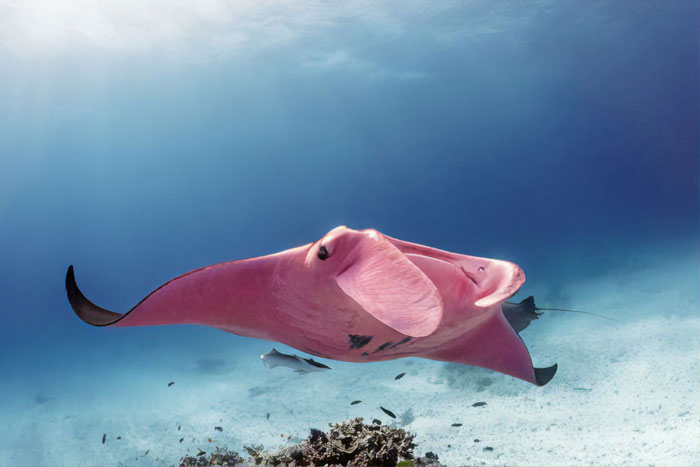 It turns out that the aquatic photographer ran into the rare pink manta ray nicknamed Inspector Clouseau, who is the bumbling detective in the Pink Panther movies. According to National Geographic, the pink manta ray was first spotted back in 2015 by Ryan Jeffery. It is believed to be the only suck manta ray in the world, and the pink animal was sighted no more than 10 times in the last 5 years.