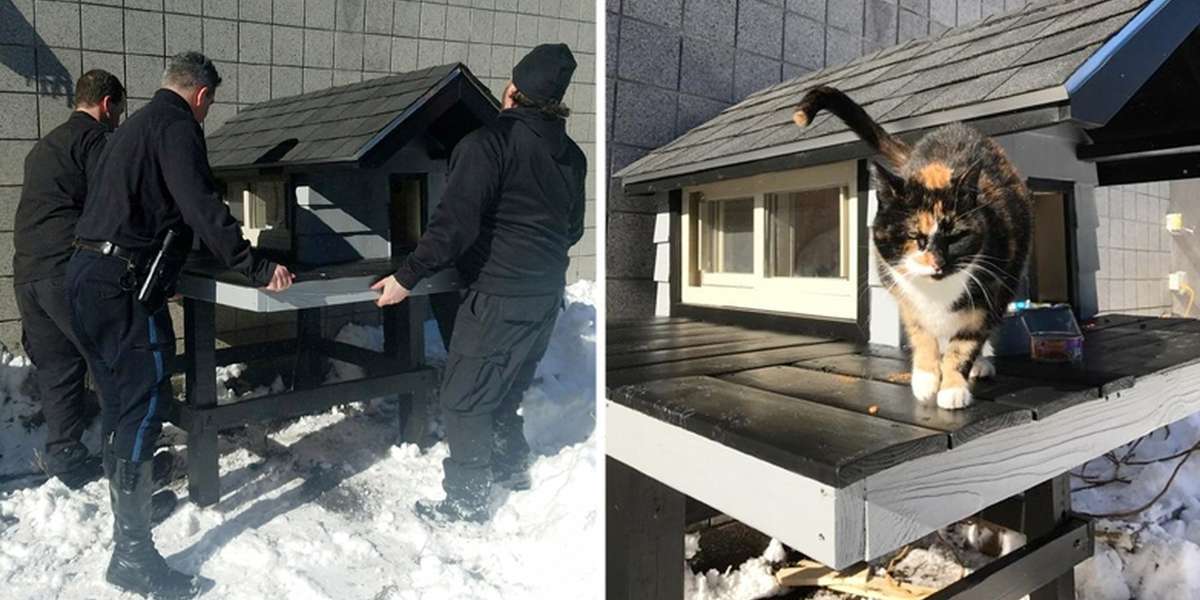 The area outside of the Boston Police Department’s SWAT squad headquarters has been home to their unofficial mascot for the last four years or so – a sweet-natured calico kitten that just turned up one day and chose to remain.

The SWAT squad quickly fell in love with their new feline colleague, who would always run to greet them when they returned from a call or snuggle up to them while they sat outside. In exchange, the SWAT team has ensured that she has remained healthy and secure.

The one thing they couldn’t accomplish was turn SWAT Cat into an indoor cat.
“Over the years, the men and women of the BPD SWAT Team have attempted many techniques to persuade her to come in from the elements, but she is set in her ways,” a police spokeswoman said on the agency’s website.

While the team had previously given her with a variety of shelters, they felt it was past time for SWAT Cat to have a home worthy of her position in their hearts.

As a consequence, a pet-sized insulated architectural marvel has emerged.

The kitten that insisted on being outside would suddenly be able to live in style.

She seemed to appreciate the gesture, to be sure.

The department said, “Swat Cat settled right in and seemed to be quite delighted with her new bespoke cat accommodations.”

While we’d love to see SWAT Cat leave her days off work as a stray back her and choose the safety and security of household work with the family, we’re glad to know that the door is always open for her.

In the meanwhile, it’s good to know she’ll be safe and sound in her own kitty condo.