Taylor Dean, a 19-year-old Youtuber who creates educational animal videos, just shared a picture of a goldfish in a ‘wheelchair’ – and the Internet is going crazy over it. It was sent to her by a friend named Derek who works in a local aquarium shop. The guy recently had a customer bring in their pet goldfish that was suffering from swim bladder disease, a condition that makes a fish unable to control its buoyancy in the water. As diet adjustments and water treatments were ineffective, Derek decided to go an extra mile to help the little floating fellow by creating a goldfish ‘wheelchair’. 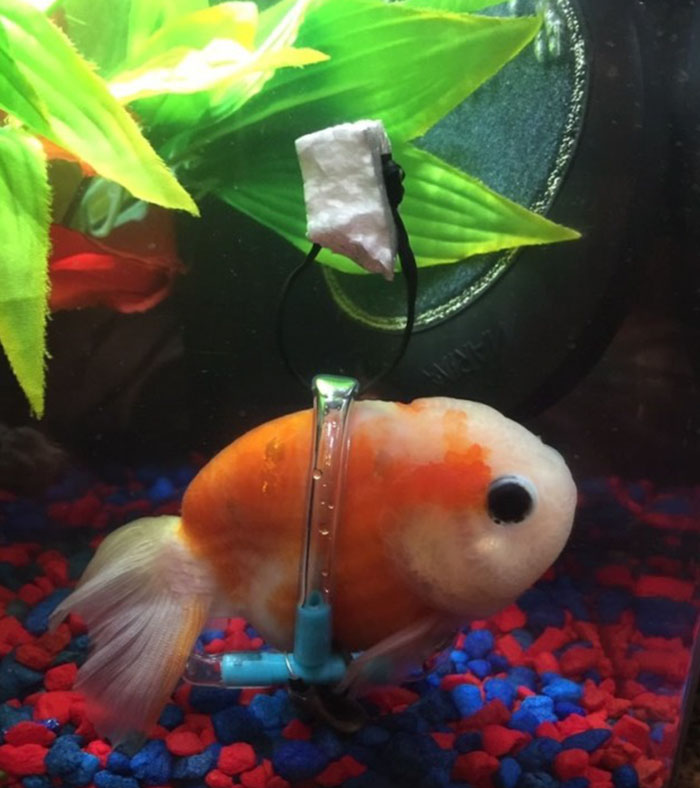 “I got some airline tubing that people usually use in their tank and just placed it around the goldfish. I added some valves to the bottom of it, which acted as a ‘chair’ to prop him up… [Then] added weights to the bottom of the ‘chair’ and something to keep him afloat on top (styrofoam),” Derek told Buzzfeed. He added: “The bottom weight is almost equal to the pull on top so it works quite well for him!”

Taylor’s post went viral, with the woman commenting: “I’ve worked with several injured fish but him going out of his way to help this fish was just precious.” 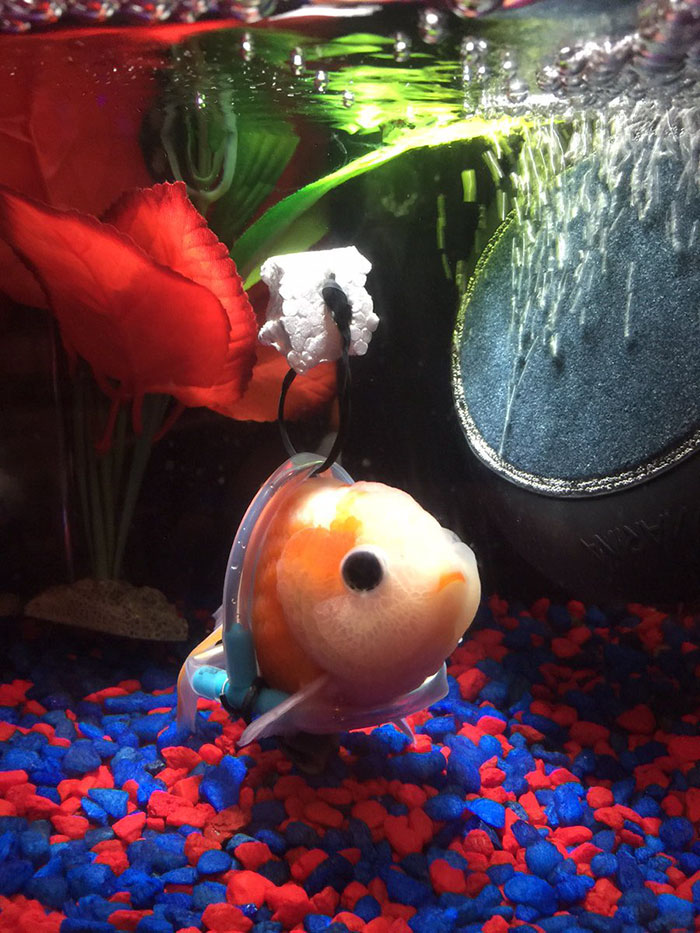 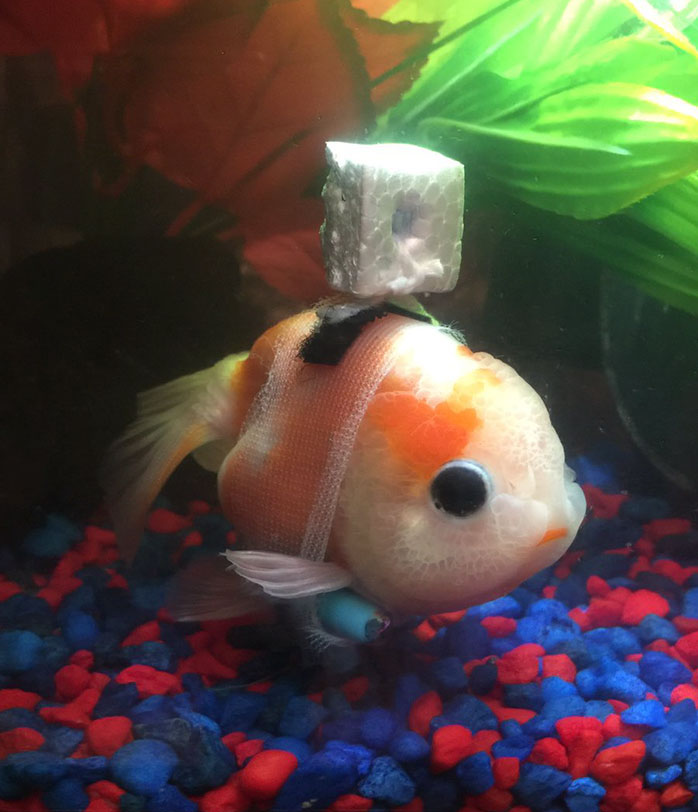