These two adorable and unlikely animal friends, Penny the chicken and Roo the two-legged Chihuahua, met each other through Alicia Williams, who works at Duluth Animal Hospital in the U.S. She saved both animals from almost certain death. 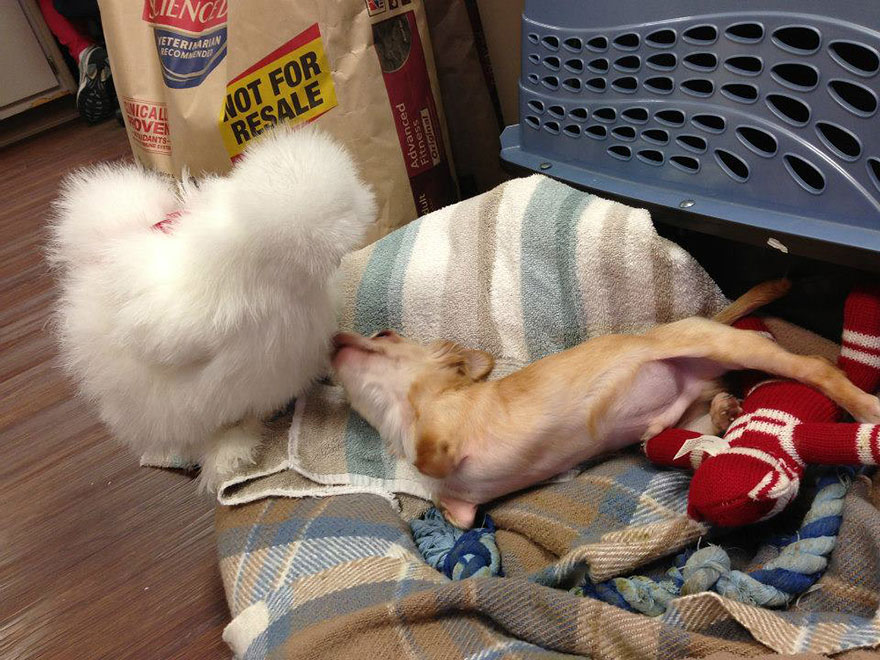 Roo was found in a ditch by the side of the road. Because he was found missing two legs, it was suspected that he had been born deformed at a backyard puppy breeder’s home and was abandoned because it would have been difficult to sell him. Penny, a silkie chicken, had been rescued from a laboratory that otherwise would have put her down. “She was an experimental chicken in the program and she had run the course of the experiment, so that was it for her,” Williams told the Gwinnett Daily Post. “I asked if I could have her instead of them doing anything with her. I brought her home.” 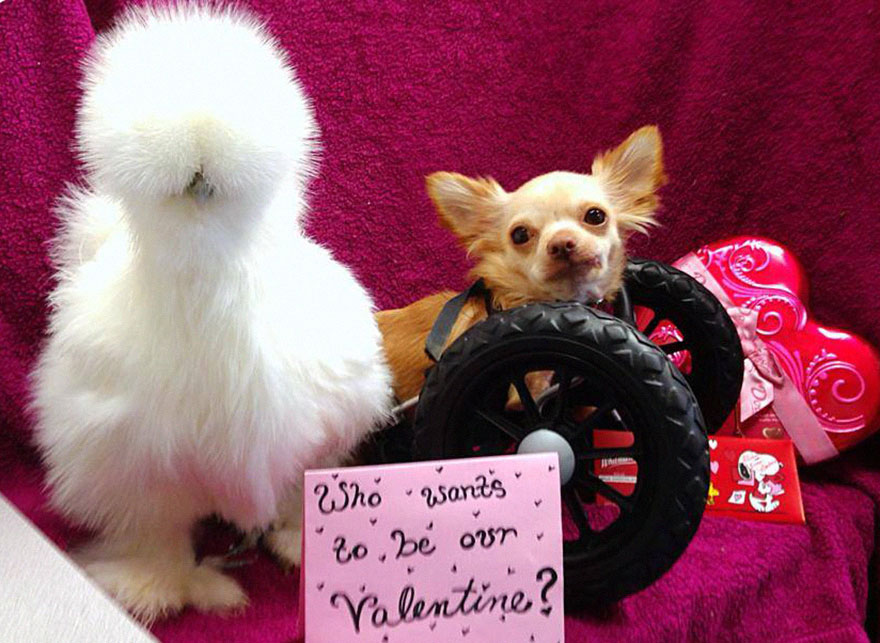 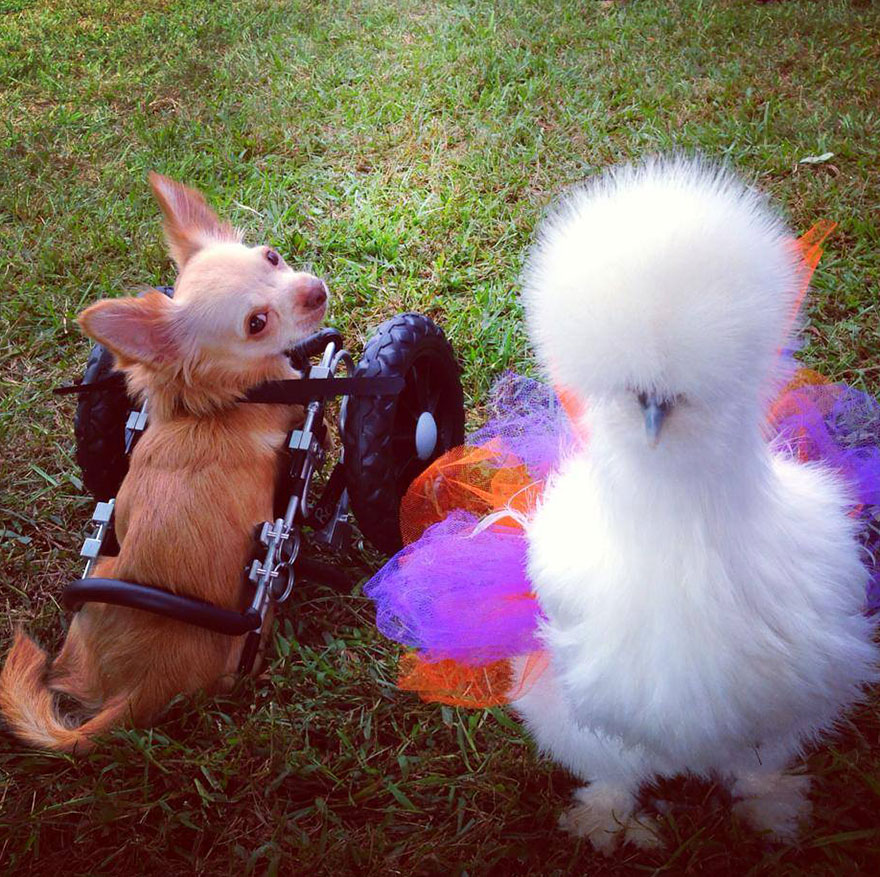 The two have developed liking for each other and spend a lot of time together. The animal hospital has taken to publishing the two pals’ antics on their Facebook page, attracting a great deal of attention from animal lovers around the world. Williams even says that clients have scheduled their visits around Penny and Roo’s schedules.