A family found an unexpected house guest napping in their cat’s bed. The Scottish SPCA was recently called to a home that found a badger had snuck into their house and “made himself comfy on the cat bed.”

Their cat had wisely made herself scarce. 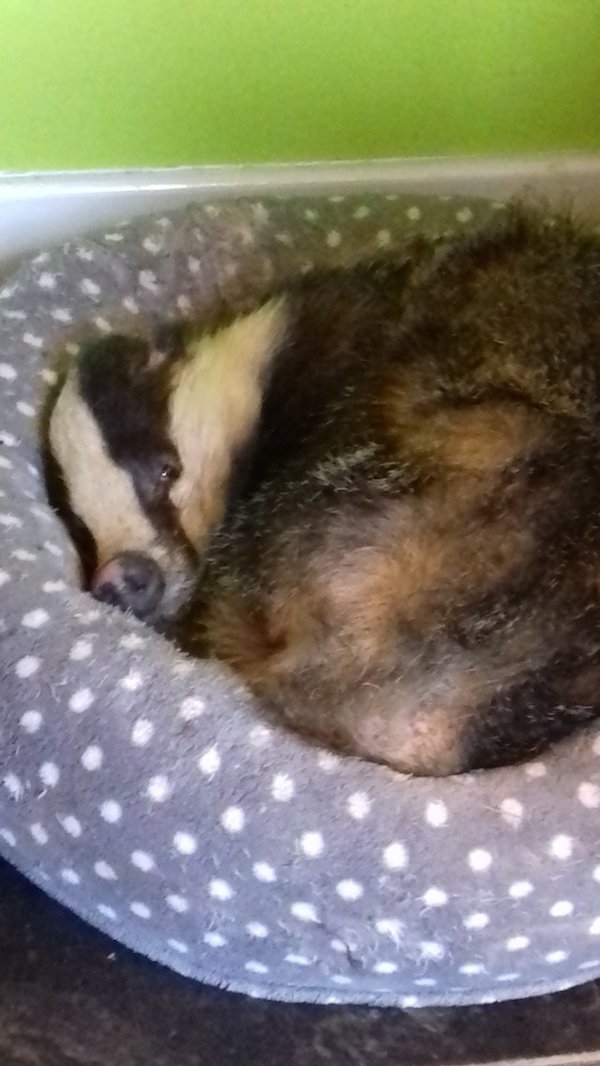 Animal Rescue Officer Connie O’Neil said, “I got a surprise when I arrived at the property and saw a badger having a nap! He had gotten in through the cat flap and had eaten all the cat food before going for a sleep on the cat bed.”

“He didn’t seem too happy when I tried to move him but I was able to slide the cat bed round and it was then that the badger noticed the back door was open so made a run for it,” Connie said in a press release. You could point out the parallels between this badger and Goldilocks, but the SPCA said the family did the right thing by calling them. “Like all wild animals badgers can be aggressive when injured or cornered so we would advise not to go near or touch them without giving us a call first.”