Kate Howard was sitting outside her home one afternoon after a memorial service when something amazing happened. An adorable brown pittie with white markings sat down on the grass in front of her.

Howard could tell there was something special about the dog — she just didn’t know what.

“All dogs are perfect but she was particularly charming,” Howard wrote on Twitter. “Her owner was trying to get her rolling again but she was staying put.”

But it wasn’t until the dog’s owner called, “Winnie! Come on!” that Howard realized why the dog looked so familiar. Nearly a year ago, Howard had fostered an adorable puppy from Louisville Metro Animal Services. That puppy’s name was also Winnie. 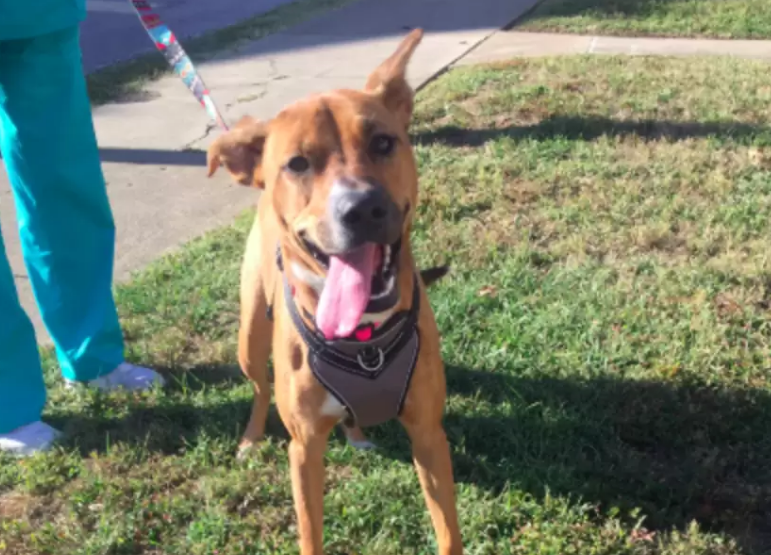 “It was kind of on a whim,” Howard told The Dodo. “I don’t have enough time for a foster normally, especially a puppy, but the animal shelter posted a picture of Winnie, a stray needing a foster, right before I was about to be off [work] for Thanksgiving for five consecutive days. She was ridiculously cute, I had the time and no plans for the holiday.”

For five days, Howard cared for Winnie and showed the puppy what it was like to have a real home. “She learned to pee outside and sleep in the crate during that time,” Howard said. “She progressed before my eyes in a way that was incredible.”

Howard knew she couldn’t keep Winnie, since her own dog Foxy preferred to be the only pup in the house. But that didn’t make saying goodbye any less painful.

“I cried for three days after she was spayed and went up for adoption, worrying about whether she had found a good home,” Howard wrote on Twitter.

It was clear from how Winnie recognized her so many months later — and refused to move off her lawn — that the feeling was mutual. 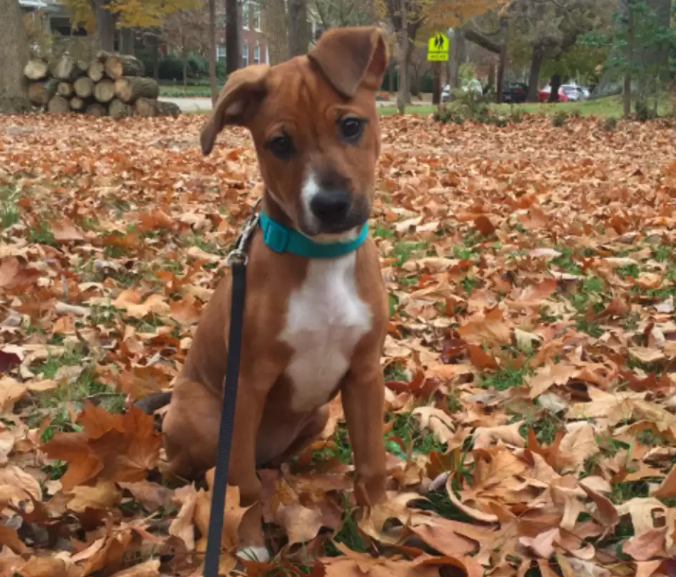 Howard explained the story to Winnie’s owner, and the two swapped stories about the beloved pup. “It turns out Winnie’s mom had recently lost a dog,” Howard wrote. “When [she] saw Winnie’s precious face on the animal services website, she got to the adoption site EARLY, intent on making sure she was first in line to adopt her when she became available.”

“It was beyond comforting for my first foster dog to turn up on my front lawn today,” Howard wrote, “her fur still soft and her ear still crooked and her tail still wagging.”

Howard is so happy that Winnie has found the home she deserves — which, as it turns out, is only a block from where Howard lives.

“Her mama agreed to come by in the future so I can see her,” Howard wrote.