Meet Zeus, a tiny owl with a big personality. What makes Zeus a highly unusual owl are his eyes. When you look closely at them, you will see a beautiful starry constellation. 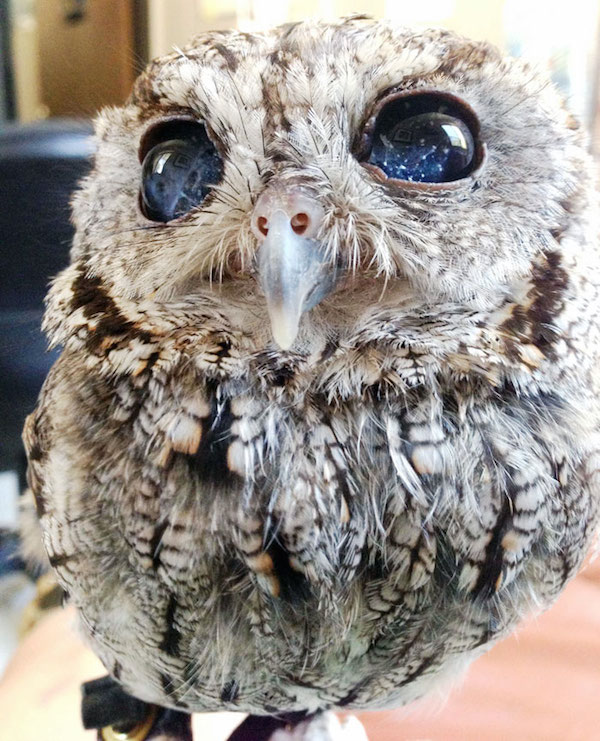 The Western Screech Owl was found injured and emaciated on the front porch of a home in South California in 2012.

He was taken for medical care and veterinarians determined the tiny owl was blind and could not be released back into the wild. He now calls the Wildlife Learning Center in Sylmar, California, home.

His blindness was likely caused by a traumatic event. The galaxy effect in his eyes is caused by a capsular cataract. 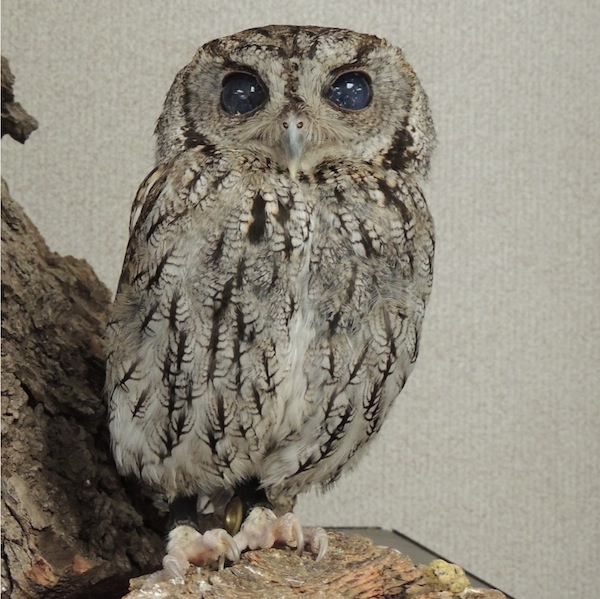 The white flecks that shimmer in his eyes are the result of fibrin and blood pigment clots. According to his rescuers, these pigments cause what some describe as a “view of the Universe” quality in his eyes.

Appropriately, he was named Zeus after the ancient Greek god of the sky.

Zeus is completely healthy, despite his vision problems. He is a peaceful fellow and “extremely calm” says the Wildlife Learning Center. 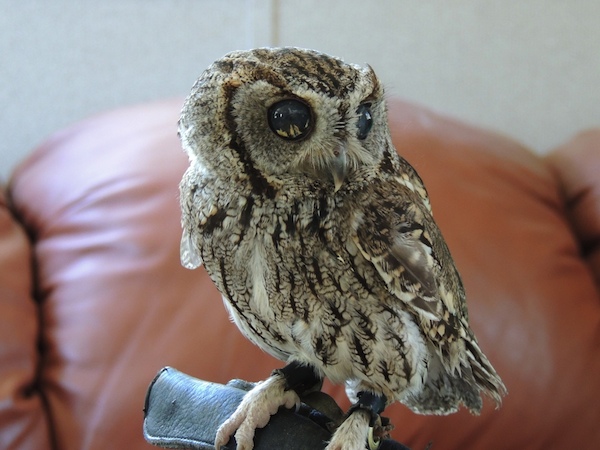 The little owl enjoys perching on the desk of one of the center’s co-founders, Paul Hahn.

He sometimes is mistaken for a stuffed toy because of his stillness and his stunning eyes have moved some visitors to tears! 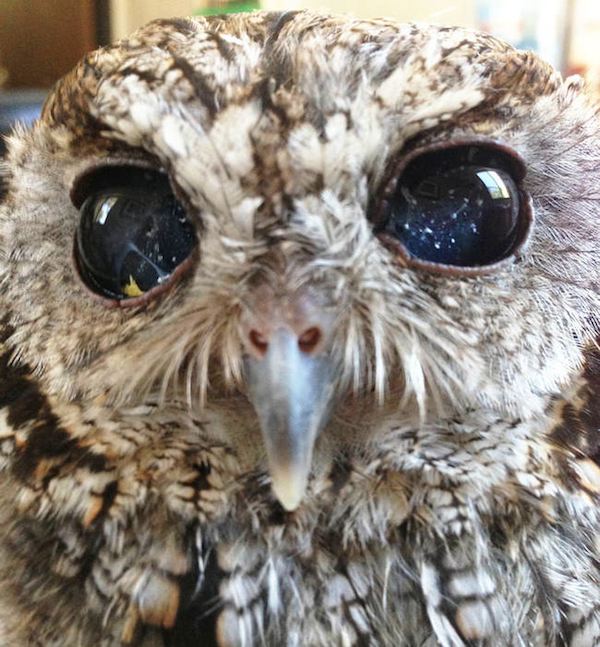 The Wildlife Learning Center writes, “It’s remarkable that Zeus’ disability brings so much awareness, sensitivity, and concern, for not just screech owls, but all types of wildlife, as well as the environment we share. Zeus is truly an ambassador for wildlife.” It’s wonderful that the owl has had such a positive impact on the people he meets!