Meet Valentin Gruener, a wildlife enthusiast that has such an adorable friendship with a lion named Sirga.

They have such a special bond together. A video in TikTok has gone viral where you can see this man and his friend, Sirga hugging each other after a long time. 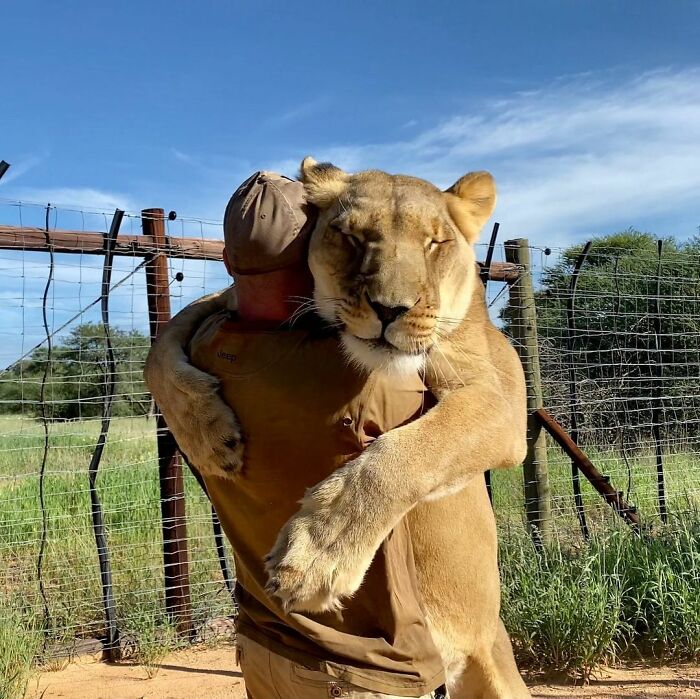 Lion is so gentle and so friendly.

“She is always gentle and friendly despite her size. But I am the only one interacting with her. It would be dangerous for people who she is not used to”. 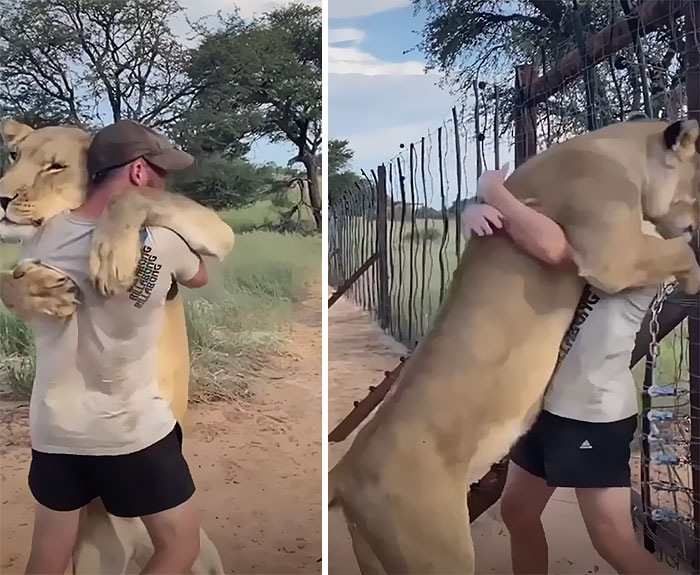 “It started 10 years ago when Sirga was not fed by her mother anymore and I had to hand-raise her.”

Sirga has had such a difficult life but now she is all good and very healthy.

“Sirga the lioness was born on February 25, 2012, to wild lions captured after being identified as ‘problem animals’ in livestock areas who were held and cared for at the property of Grassland Bushman Lodge grounds, near Ghanzi, in the Kalahari Desert of Botswana, owned by Willie de Graaff, a cattle rancher and wildlife enthusiast.”

Also, she has a bestie now! 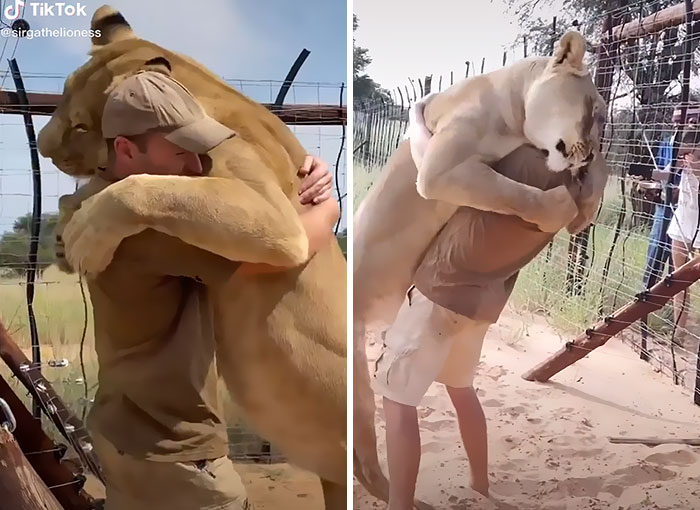