Andrea Bock was stuck in traffic on Sunday morning. He was driving through Clam Gulch, Alaska when suddenly he saw an exhausted calf struggling to get over the guardrail. 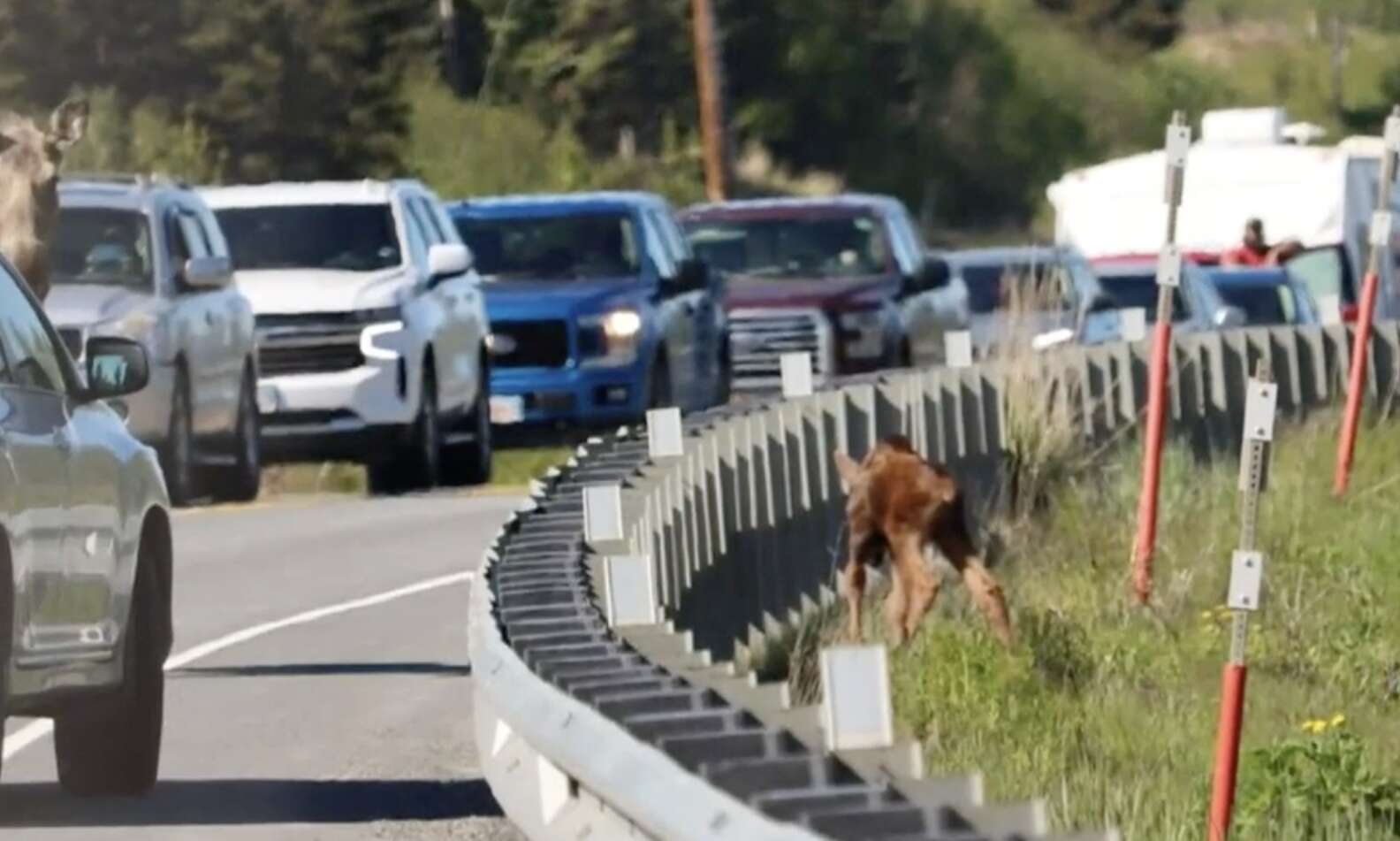 Even Joe Tate was in his car and saw the scene. Actually he watched all the drama.

Bock said that a man gave the calf some assistance. 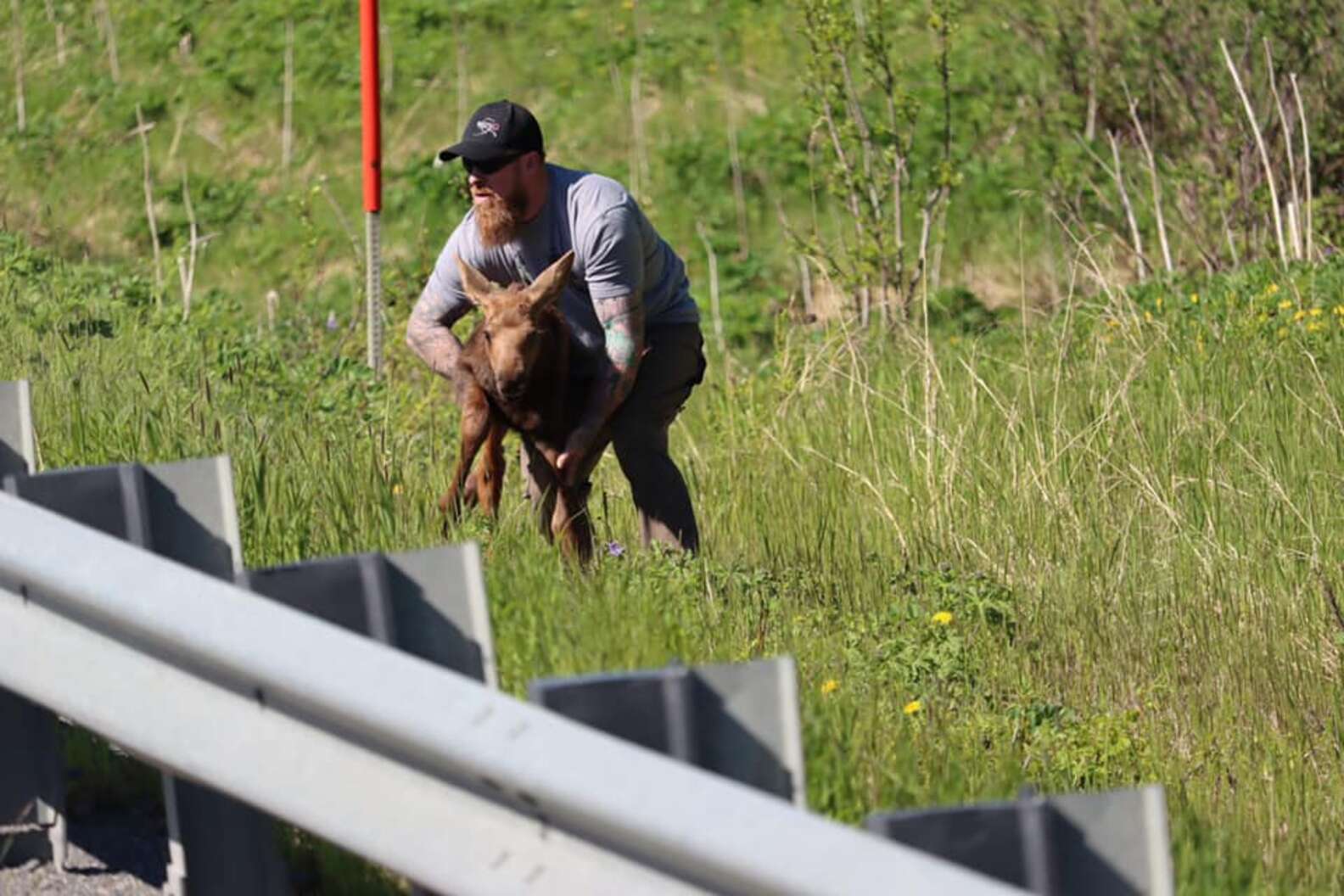 “After nearly 30 minutes of frantic pacing back and forth and the line of traffic growing more and more by the minute, a gentleman from the northbound lane of traffic came and gave the calf some assistance,” Bock said.

“He waited for the right moment in time when the mom was on the other side of the highway. Traffic blocked her view as he quickly grabbed the calf and placed him over the guardrail with his mother.”

But Joe Tate and his friends made a plan to help on this dramatic situation.

“At the time, I didn’t know the friends had devised a plan to block the view of the mother, so I was nervous for the guy,” Bock said. “I thought he was just hoping the mom would stay out of sight long enough for him to grab her baby.” 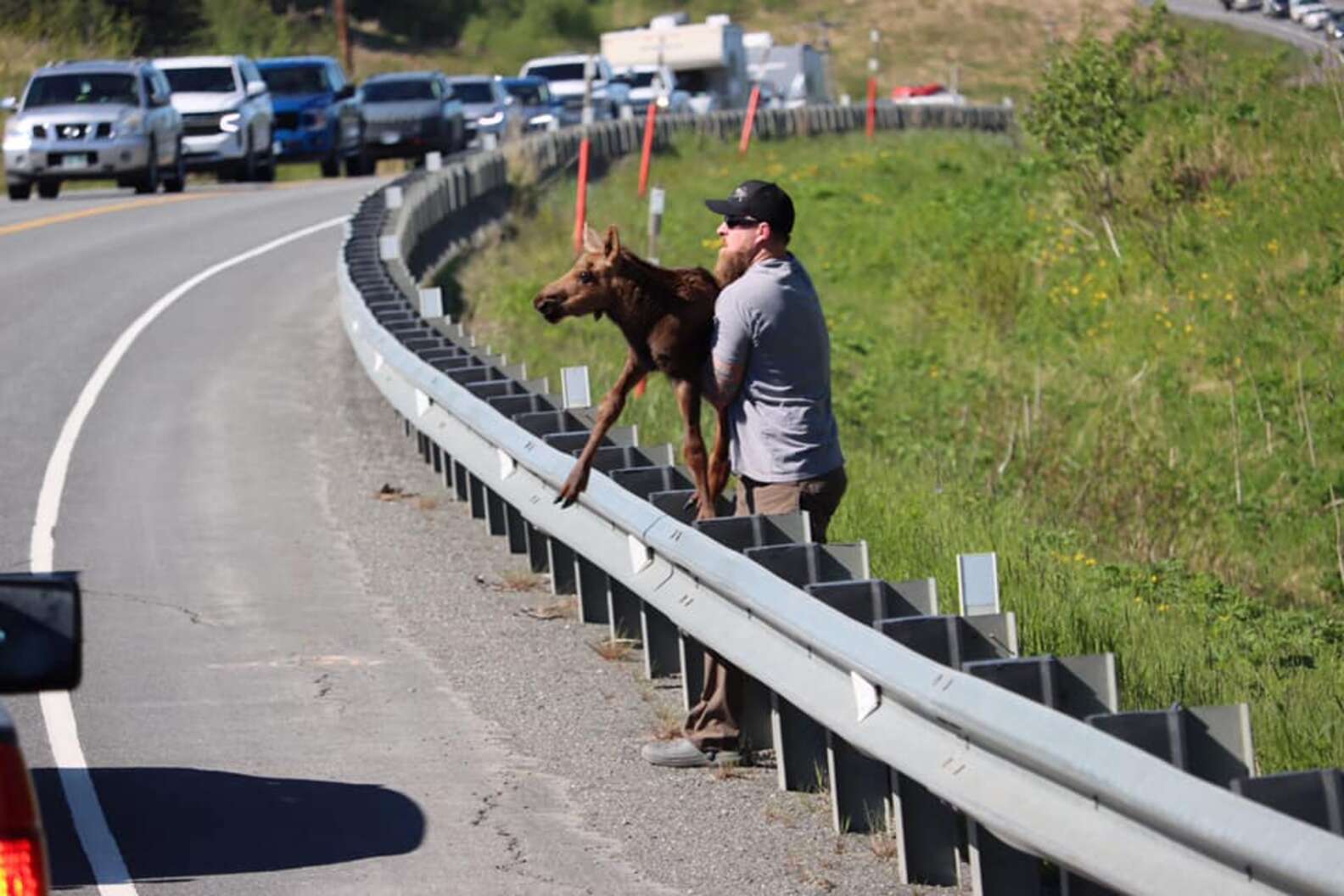 When Tate approached the calf, the little animal was grateful for the help. Tate made such a good move and thanks to him everything was solved so quickly.

“It could have gone bad and I understand and know that,” Tate told KTUU. “But it did go for the best, and it was worth the risk that I took.” 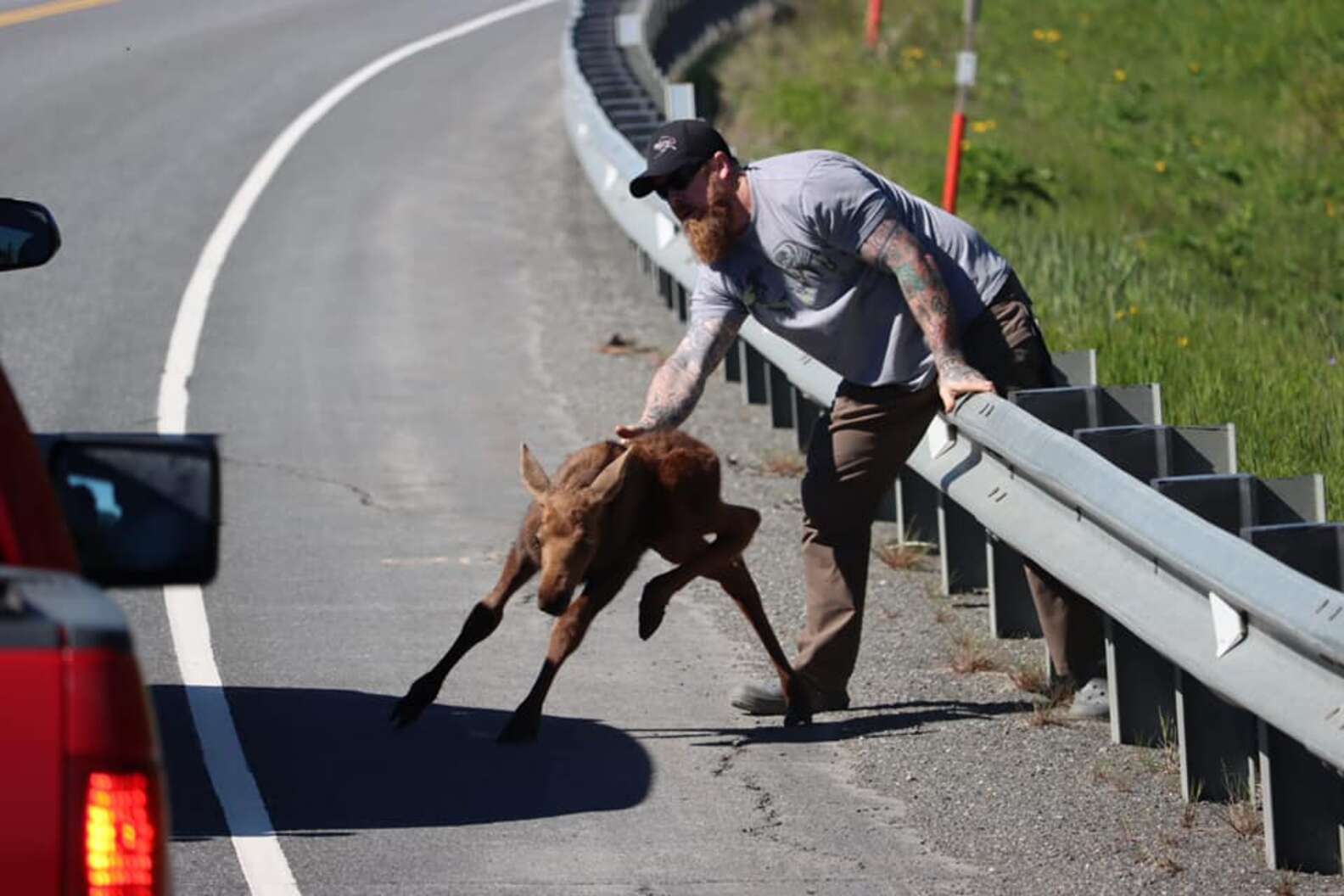