Four months ago, Lewis Jimenez had to do something very hard. He had to take his pit bull, Titus, back to the shelter where he’d originally adopted him. But unlike many people who surrender their pets and never return for them, Jimenez came back for Titus as soon as he could — and he’s determined never to part with him again.

In 2013, Jimenez adopted Titus when he was 2 years old at the Austin Animal Center, the only municipal animal shelter in Austin, Texas. He hadn’t planned on getting a pit bull, but when he saw shelter volunteers walking Titus out in the yard, he fell for him. 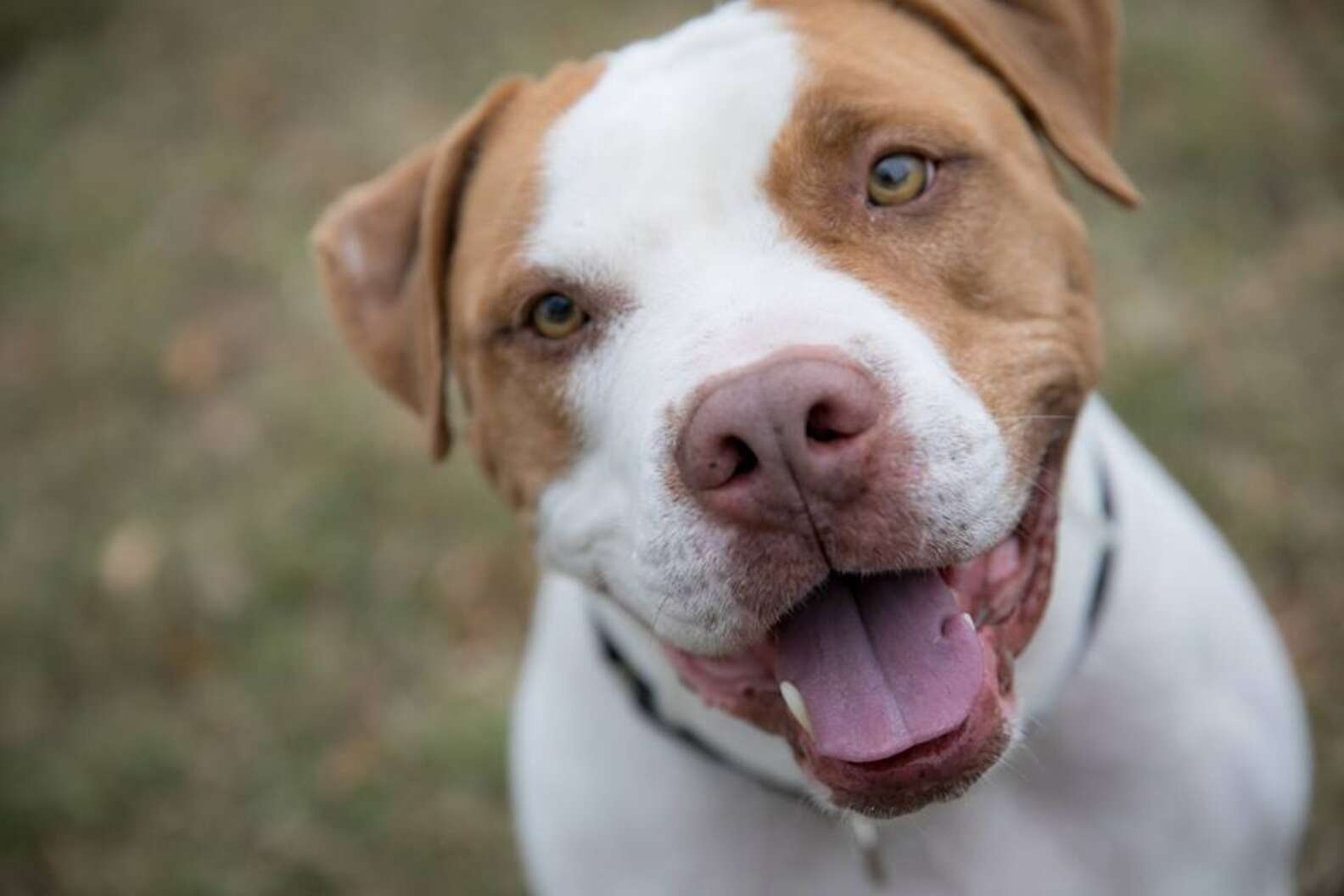 “He was jumping and happy, and I thought, ‘Man, that’s the one I want,’” Jimenez told The Dodo.

For the next five years, Lewis and Titus were inseparable, and Lewis couldn’t imagine his life without Titus. “He’s like my big old kid,” Jimenez said. “He’s part of me.”

But last year, something happened to drive them apart. Lewis was told he couldn’t keep Titus. 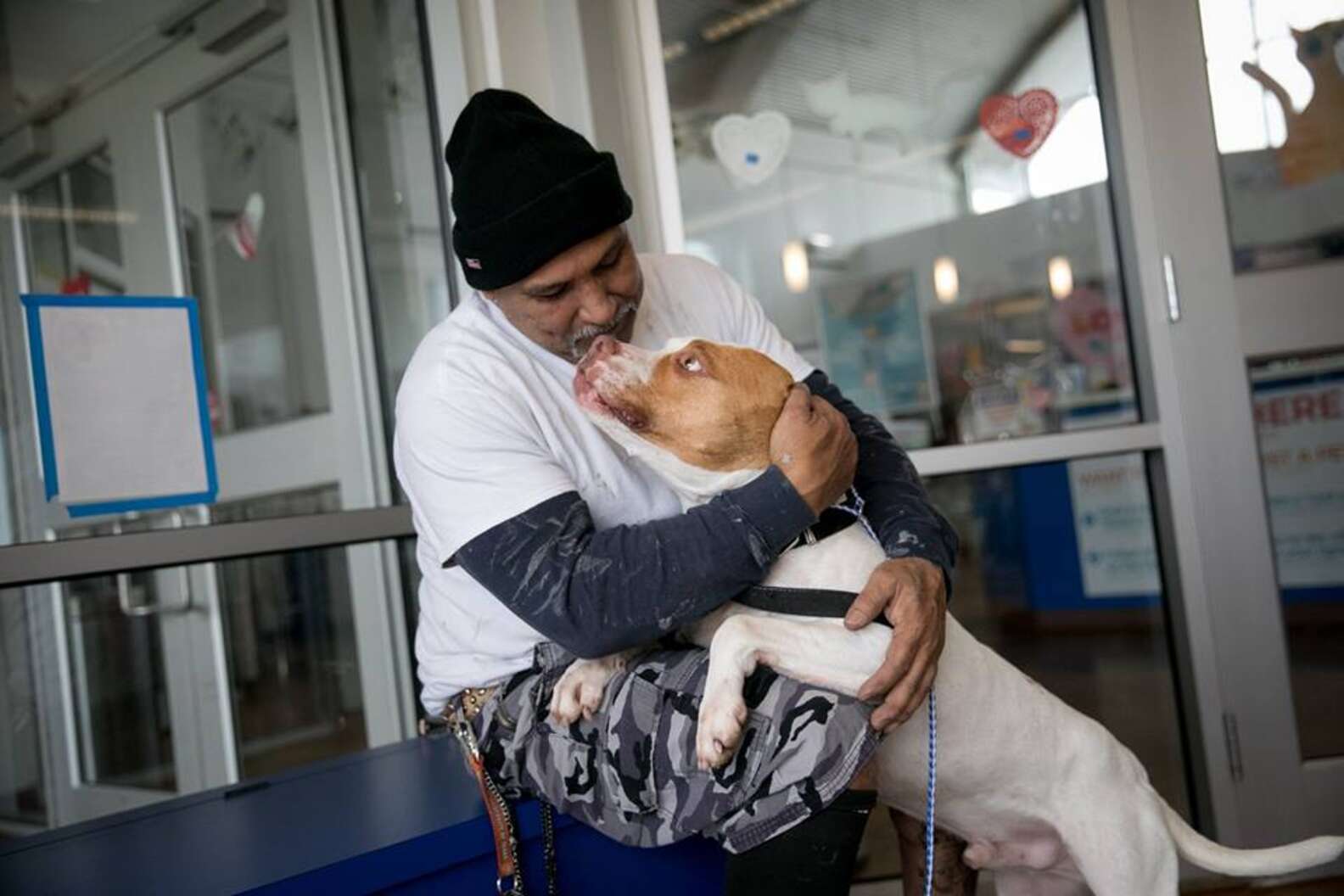 “The management company told him that he had to get rid of Titus, or he was going to be evicted,”Jennifer Olohan, communications and media manager at Austin Animal Center, told The Dodo.

Jimenez didn’t have another place to move to, and he didn’t know anyone who would look after Titus while he found another place — so he had no choice but to take him back to the shelter.

At first, the shelter staff weren’t sure if Jimenez would come back for Titus. “From our point of view, we’re not able to hold dogs, because we hear owners say this all the time — that they’re going to come back, but then they don’t,” Olohan said. 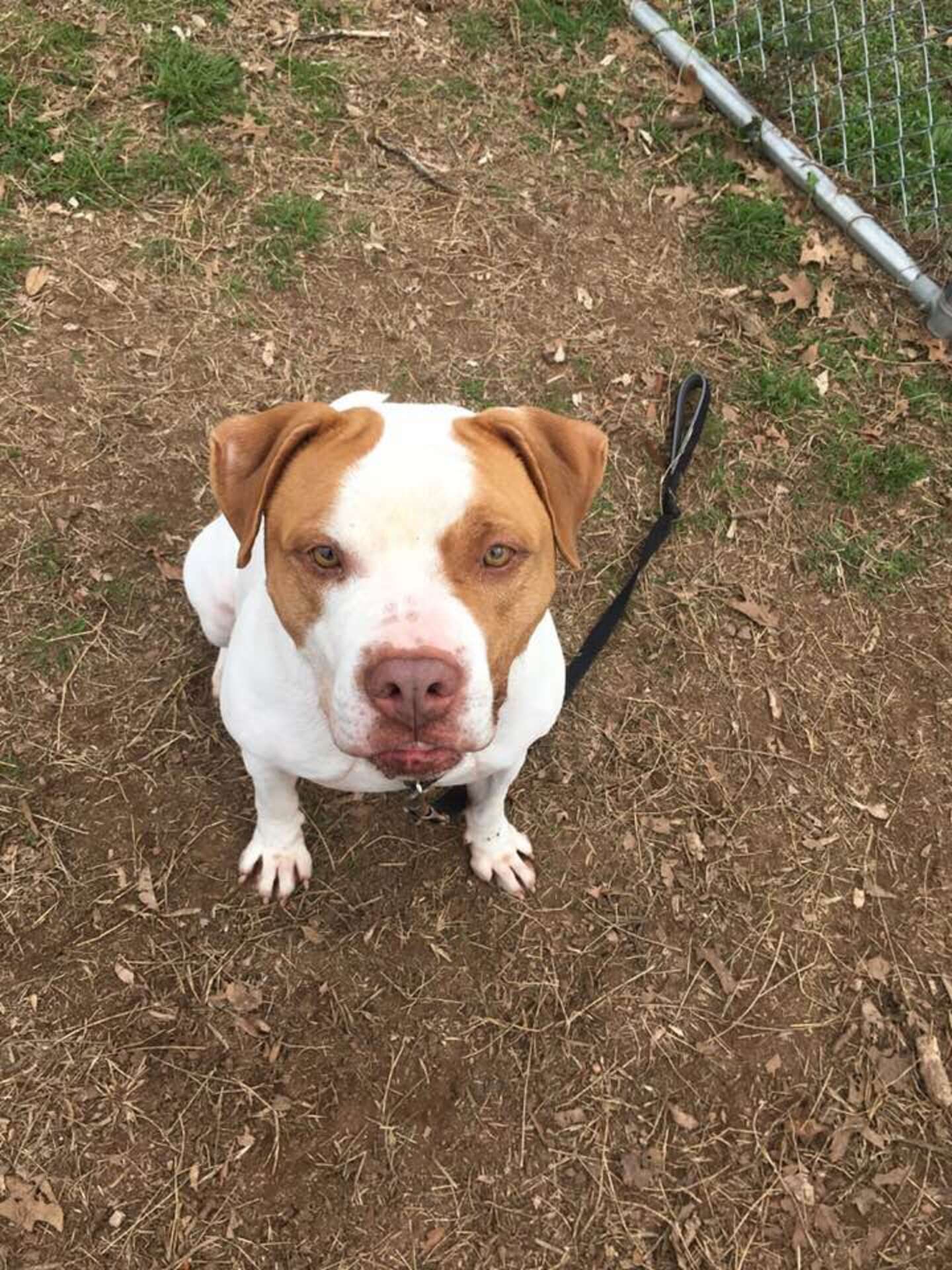 At the same time, the shelter staff saw how difficult it was for Jimenez to give up Titus, even if Jimenez said it would be temporary.

And Titus had a really hard time adjusting to the shelter. In fact, he was downright miserable, according to Olohan.

“The shelter is a really, really stressful place for dogs,” Olohan said. “Some dogs handle it better than others, but Titus wasn’t one of them. He was really stressed out. When you got him out of his kennel, he was great — super playful and really sweet. But in his kennel he was sullen and really sad.”

Jimenez and his family visited Titus as often as they could, but it was always emotional for everyone involved.

“He would get overwhelmed and he would be very sad,” Jimenez said. “The volunteers would make notes like, ‘Titus is not himself.’ It just made me even more determined to do what I had to do to get him out.”

The hardest part was the end of each visit. “The staff would see them in tears as they were leaving,” Olohan said. “So the whole situation was just heartbreaking.” 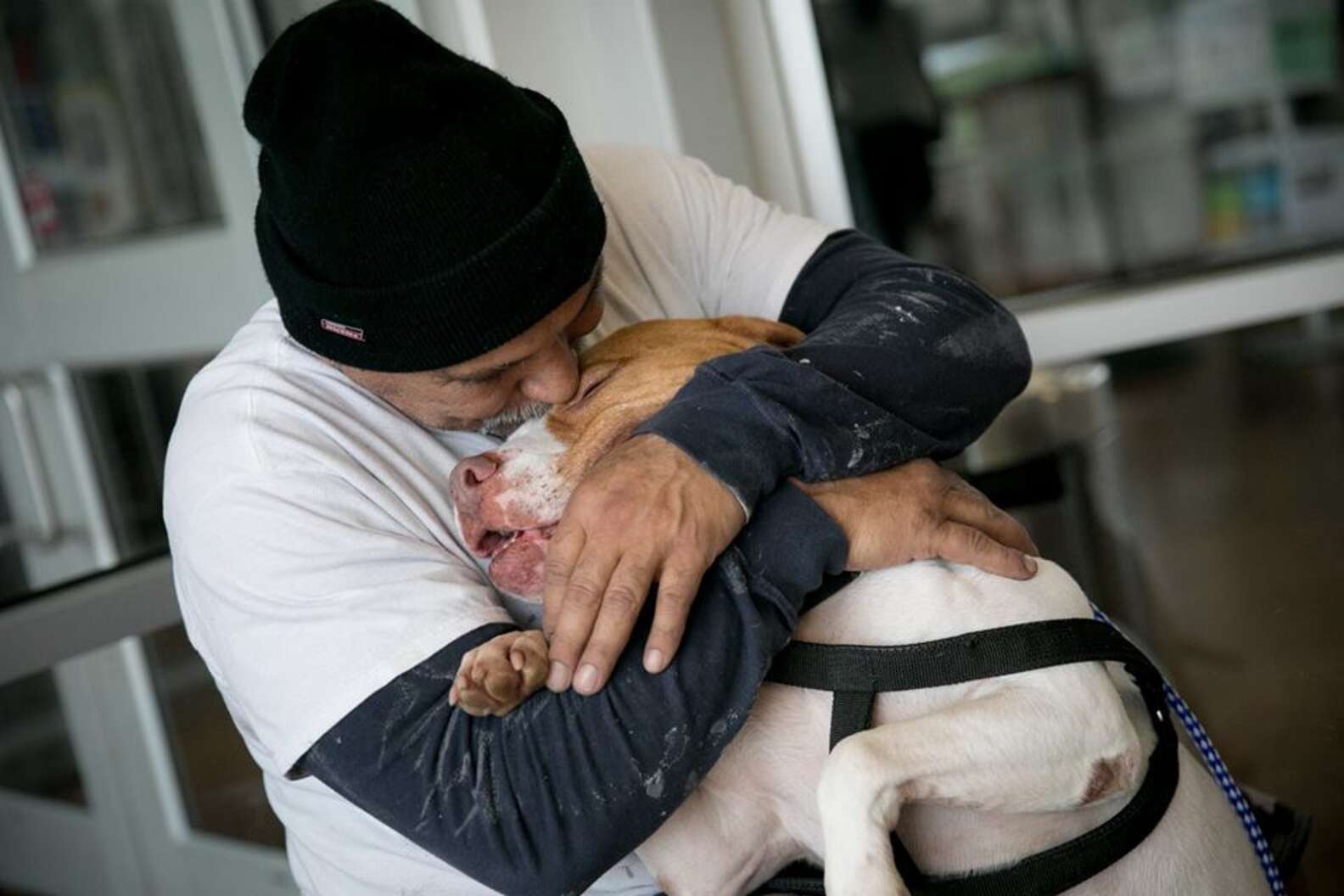 Titus stayed at the shelter for four long months — but Jimenez never stopped working to get him out of there.

Finally that day came — Jimenez and his family were able to move to a place where they could keep Titus. According to Jimenez, it all worked out for the better — at the new place, Titus had a yard to run around in.

“Everyone was really, really emotional,” Olohan said. “Titus was thrilled and so was Lewis. We had some staff and volunteers there, and everyone was crying. Some people knew about their story already, and knew that Lewis was kind of waiting in the wings for Titus.”

A photographer documented their reunion, and the photos went viral after the Austin Animal Center shared them on its Facebook page. Jimenez is shown to be embracing Titus, as Titus’ face glows with a big doggy smile.

“I was overwhelmed,” Jimenez said. “A lot of things were going through my head.”

Jimenez expressed his gratefulness to the shelter staff and volunteers who spent time with Titus throughout his stay at the shelter, making sure he got lots of love and attention. “They could be doing a lot of things, but by them doing that, they comfort the dogs,” Jimenez said.

And Titus immediately settled back into his life with Jimenez and his family.

“He said that Titus is lounging on the couch, even though he’s not supposed to, but they’re giving him a break since he’s had a rough go at the shelter,” Olohan said. “But they said he’s doing great. They’re beyond happy to have him back.”

“He loves Titus,” Olohan added. “We can see now that not coming back from Titus was never an option — he was doing everything he could to make sure that he got Titus back.”