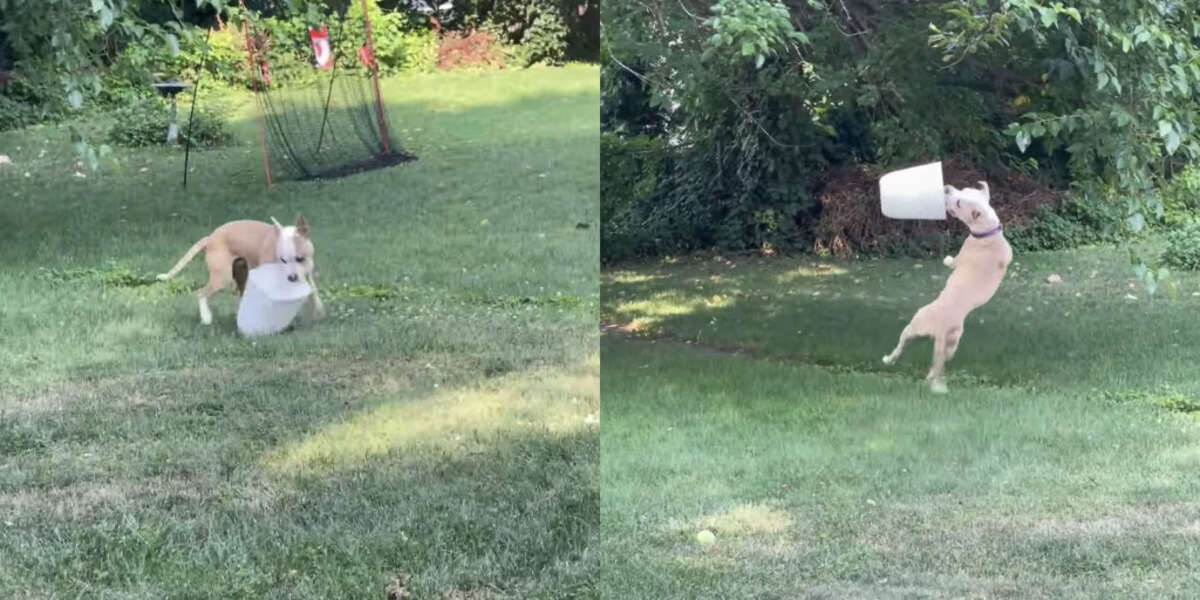 Stacey Zitto was with her two dogs, Lilo and Stitch, at her town’s Pride celebration in June when she came upon a stand for the York County SPCA. Her family had been talking about getting a third dog, but they hadn’t looked into it really yet. However, something inside her moved when she noticed a lovely pittie mix hanging out at the table.

Zitto told The Dodo, “I reached to pat him, and he flopped on his back for belly massages.” “I wandered around the event after playing with him for a while. I saw him and his volunteer a few more times after that, and I grew to admire him even more. I was very impressed with how he interacted with other individuals!” 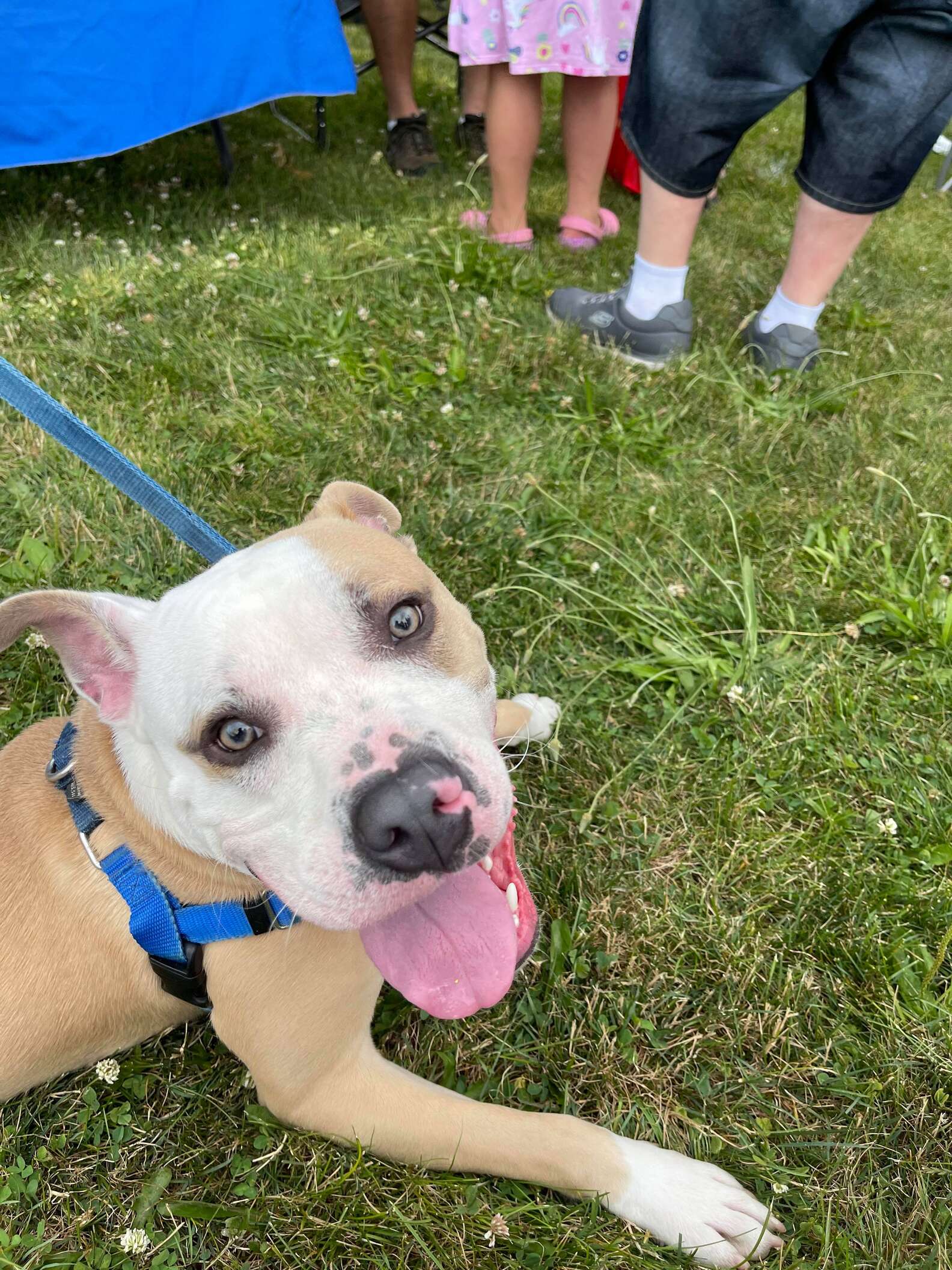 Zitto realized she couldn’t go without making preparations to adopt the pittie by the time she was getting ready to depart. He was destined to be their third dog, she knew.

Zitto explained, “I ultimately decided that I wanted him and texted that I was going to fill out an application.” “My husband’s answer was just “OMG!” which I interpreted as “By all means, let’s get a third puppy!” 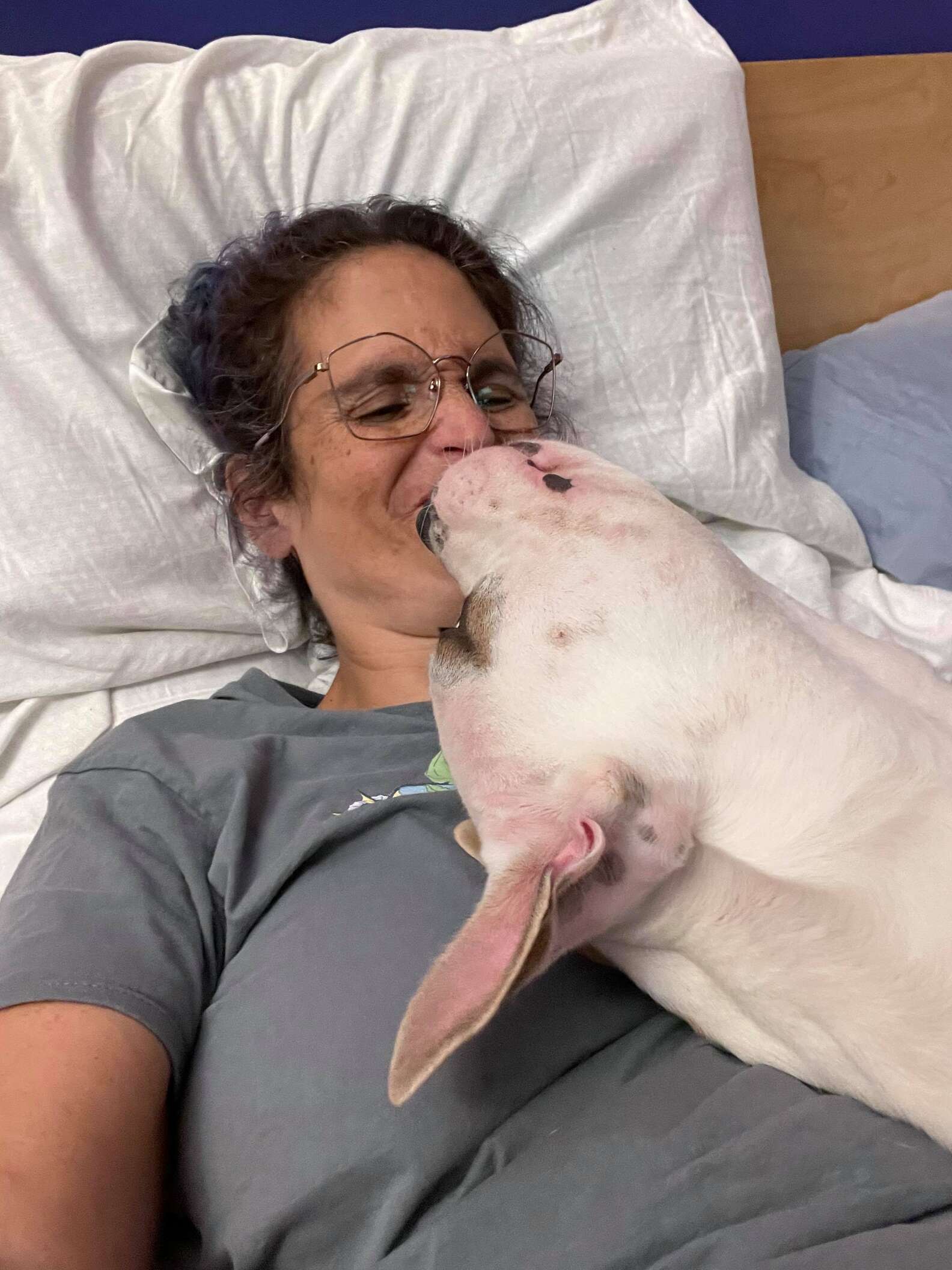 The pit bull puppy, subsequently named Bidoof, came at his new home and quickly made himself at home. His new dog siblings are quite tolerant with all of his puppy enthusiasm, and his family is overjoyed to have him join them. They immediately discovered that Bidoof enjoys playing with toys and lavished him with as many as they could find — but Bidoof has his own views about what constitutes the ideal toy. 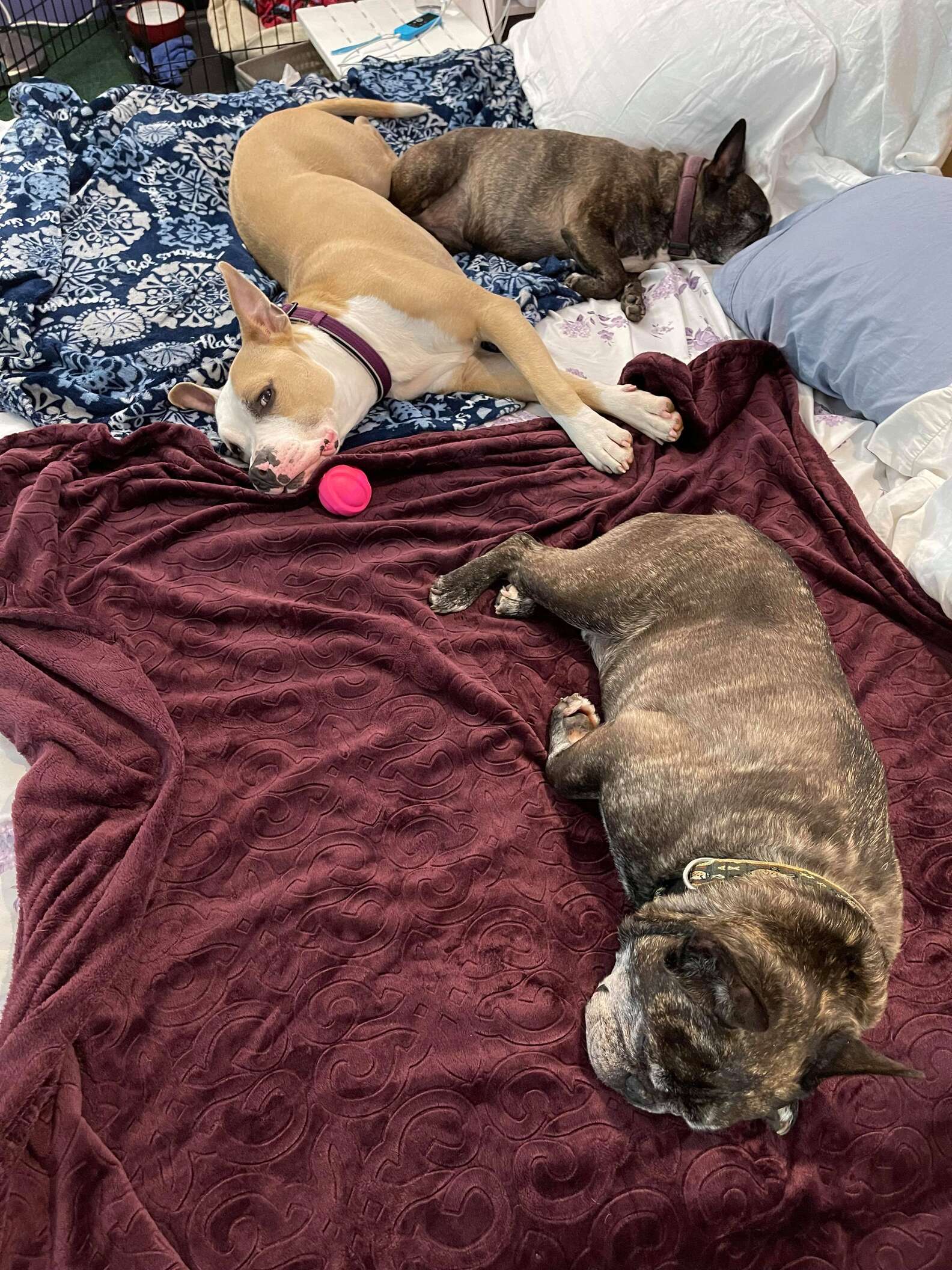 A few days after being adopted, Bidoof was playing outside on his new family’s patio when he came across a garbage can that was simply sitting there. He took it and began playing with it, and he hasn’t put it down since.

Despite his family’s efforts to give him with entertaining toys, Bidoof’s favorite toy is the garbage can. He adores it and plays with it whenever he has the opportunity. As he goes around surrounded by toys with a garbage can in his mouth, his family couldn’t help but chuckle. They’ve chosen to just let him play with it as his favorite toy. After all, he is a puppy. He’ll have to do what he has to do.

Bidoof enjoys running around the yard with his garbage can, tossing it up in the air, catching it on his head, and running about with it like that. It’s the funniest thing ever, and his family had no clue they’d be in for so much amusement when they adopted him.

“He still plays with it on a regular basis, and he appears to like it more after supper and before bedtime,” Zitto added. “One day, I’d like to experience the delight that he gets from playing with a garbage can!”

Bidoof is a joyful, carefree dog who adores everything about his new life, particularly his garbage can.