One day a man came back home, only to find that a mother squirrel had made a nest of twigs, dried pines and branches on his bed for her two newborn baby squirrels.

Wildlife rehabilitators Christina and Michael were called out to the unusual incident and tried to reunite the baby animals with their mother. However, busy with fetching materials for the nest, mother squirrel had no intention of taking the babies with her. Eventually, she stopped coming back at all. 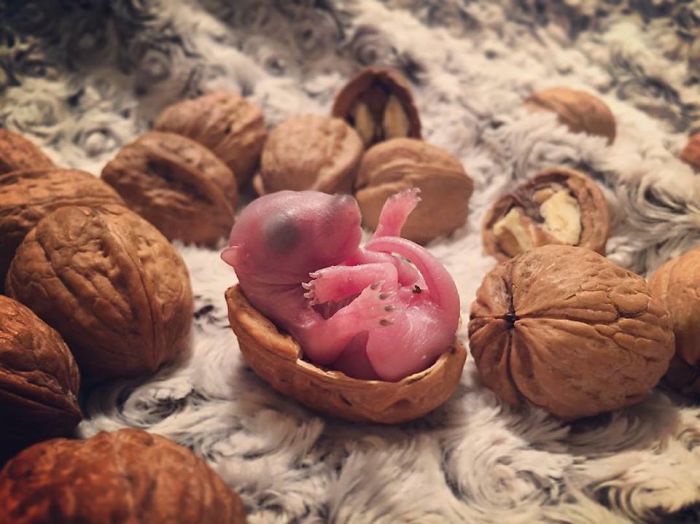 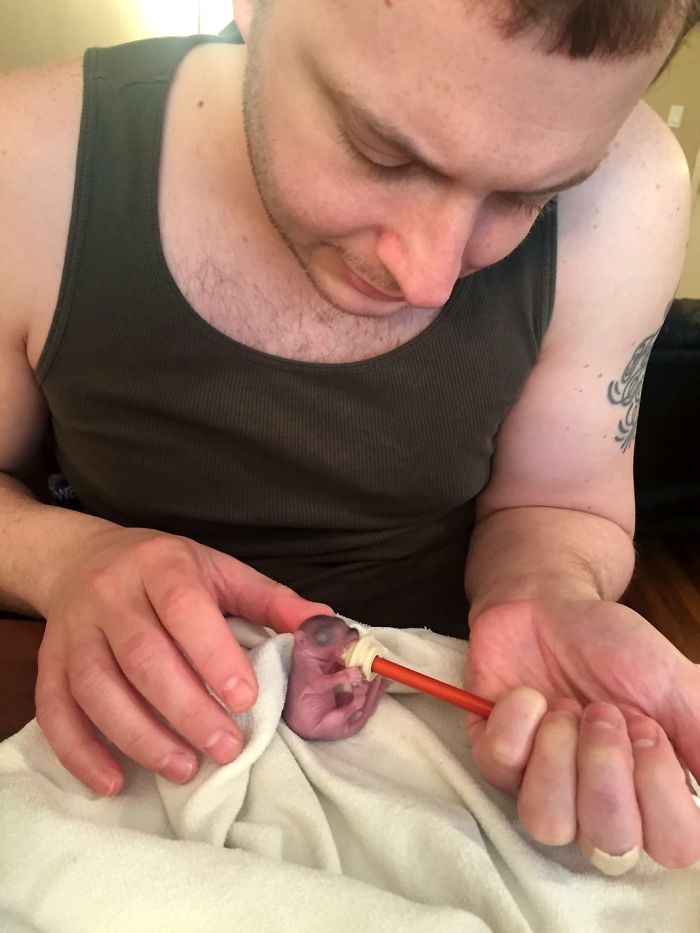 Unfortunately, one of the baby squirrels didn’t make it, and after an assessment by a local wildlife vet, it was determined that the remaining baby would not survive on her own either. Which is why Christina and Michael decided to step in and adopt the cute squirrel baby and called her Thumbelina.

Simply put, Thumbelina was special from the very beginning. Because of an unusual birthing season and the loss of her little sister, Thumb had to grow up by herself without interaction with other brown squirrels.

Everything with Thumb was slow. While most babies could not care less about milk, having already tasted real food, Thumb was a big baby with a bottle. Unlike other wild animal babies, Thumbelina wasn’t interested in jumping and climbing. She would walk instead of running, and sit instead of climbing. 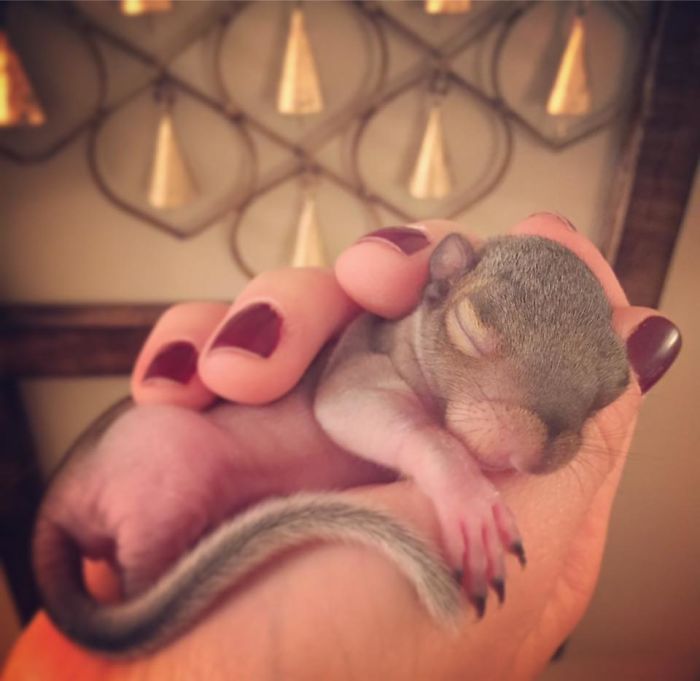 Even despite the best efforts to introduce Thumbelina to other squirrels, she would never want anything to do with them. One of her foster parents says: “I don’t know what she thinks she is, but it’s definitely not a squirrel.”

Now Thumbelina is a happy, chubby and very cute animal who spends her time peacefully with her Mom and Dad, but not without occasionally getting in some sort of trouble! She loves sugar snap peas, arugula, and avocado. And she absolutely hates outdoors, cold weather, other squirrels and the vacuum cleaner. 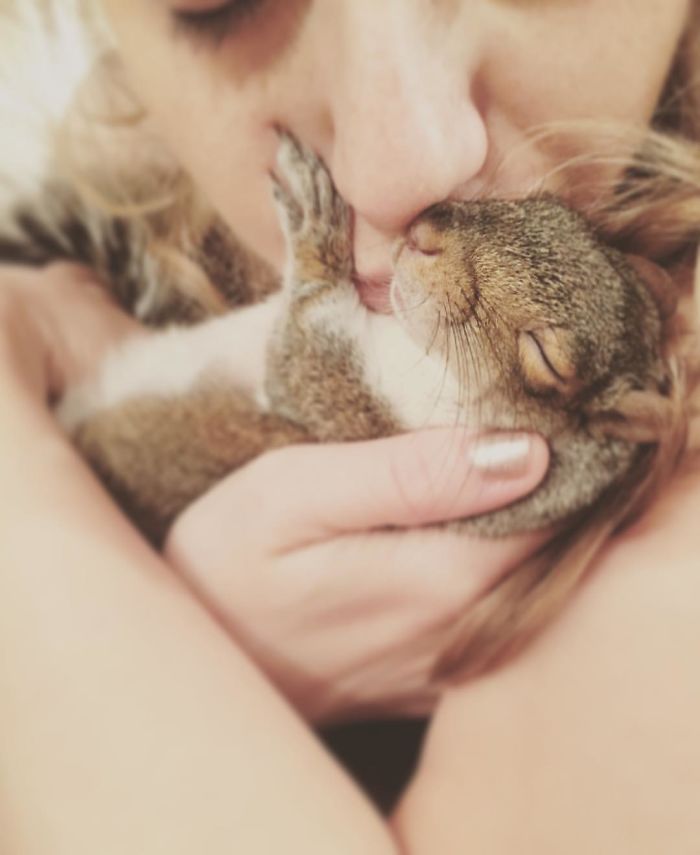