“They are simply two little babies, finding comfort and warmth in each other’s company.” That’s how the Kildare Animal Foundation Wildlife Unit in Ireland describes the unlikely friendship that has formed between an orphaned rabbit and pigeon chick that recently came into their care. 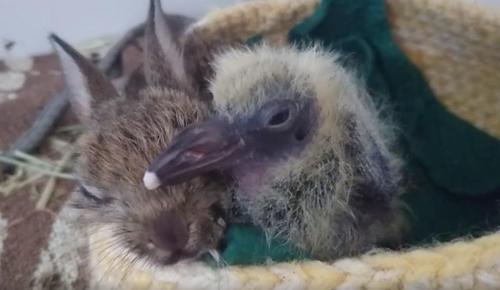 The two baby animals arrived separately to their rescue. The rabbit arrived in August and Kildare Animal Foundation wrote on Facebook that “He was so tiny that he still had the remains of umbilical cord attached.” He had a few weeks of touch and go, suffering a prolonged seizure that left him with an unsteady gait.”He was very weak and we honestly didn’t expect him to make it,” said the wildlife rescue. “But he did.”

A few weeks after the baby rabbit was better, a pigeon chick arrived. A woman had found a nest with the chick inside. “In it was a newly hatched chick and an unhatched egg,” wrote Kildare Animal Foundation. “Sadly, the egg was cold and no longer viable, but the little chick appeared to be unharmed from the fall.” 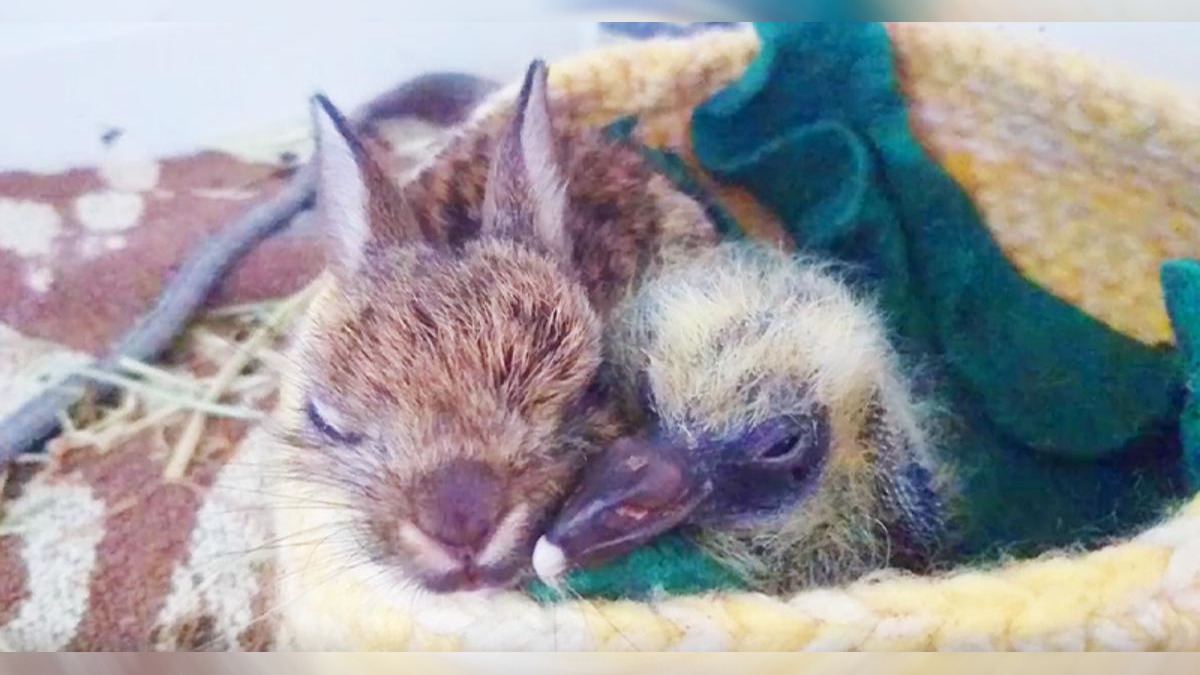 As both animals needed the warmth and comfort of an incubator, and their foster carer only had one, she placed the two animals inside and placed a divide in the middle of it with one baby on either side.

Now they are healthy and inseparable!