When Gertje the baby rhino was found crying inconsolably next to his mother, who had been killed by poachers in South Africa for her horn, animal rescuers from the Hoedspruit Endangered Species Centre sprang into action to save the little calf and give him a chance at life. 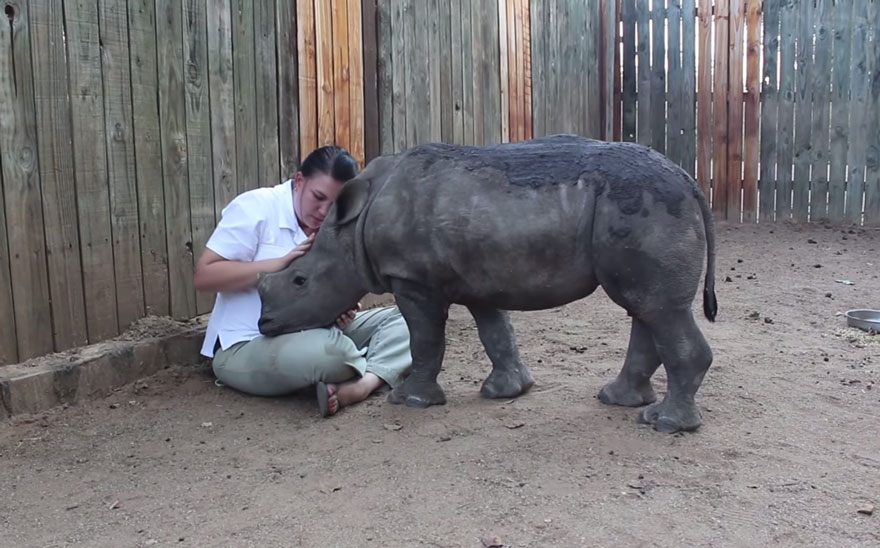 “It was a devastating sight, as the tiny animal would not leave her side, and was crying inconsolably for her,” wrote the rescuers. 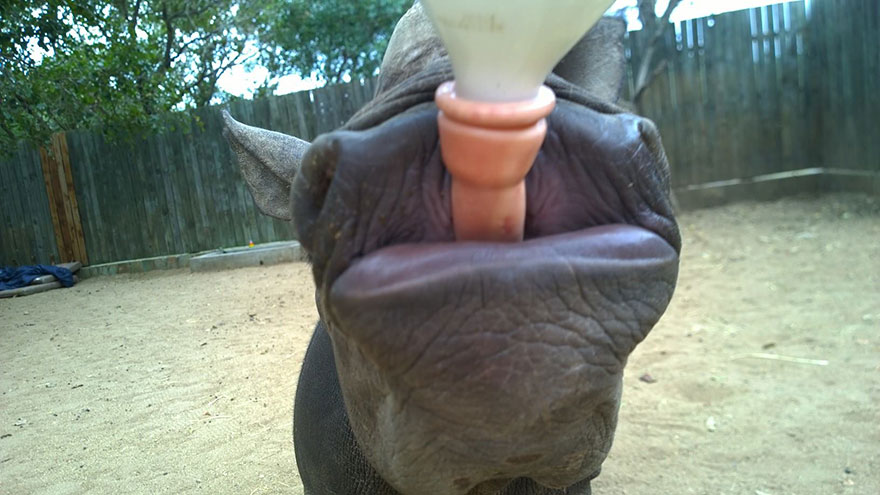 Gertje spent the night together with Skaap, a sheep that will act as Gertje’s surrogate mother, and with curator Christo Schreiber.

He continues to sleep together with others because he is still afraid of sleeping alone. 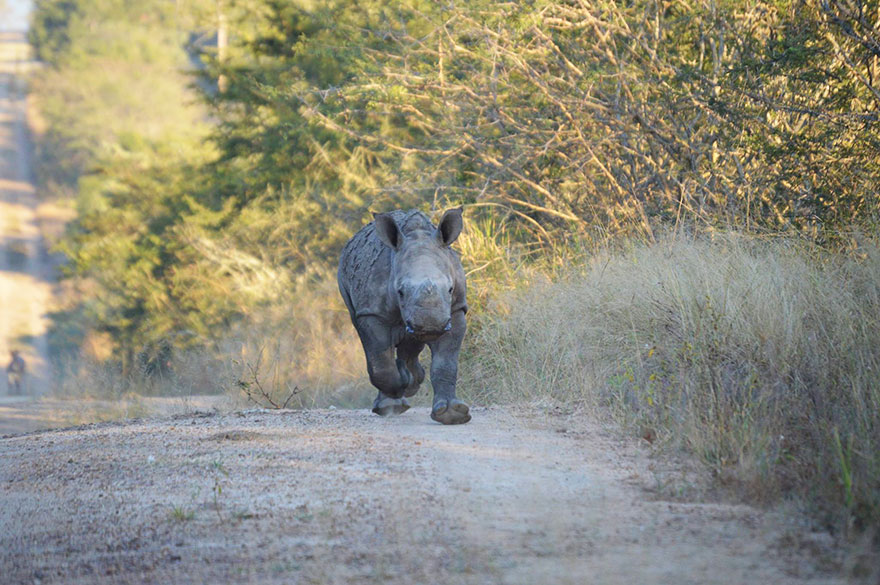 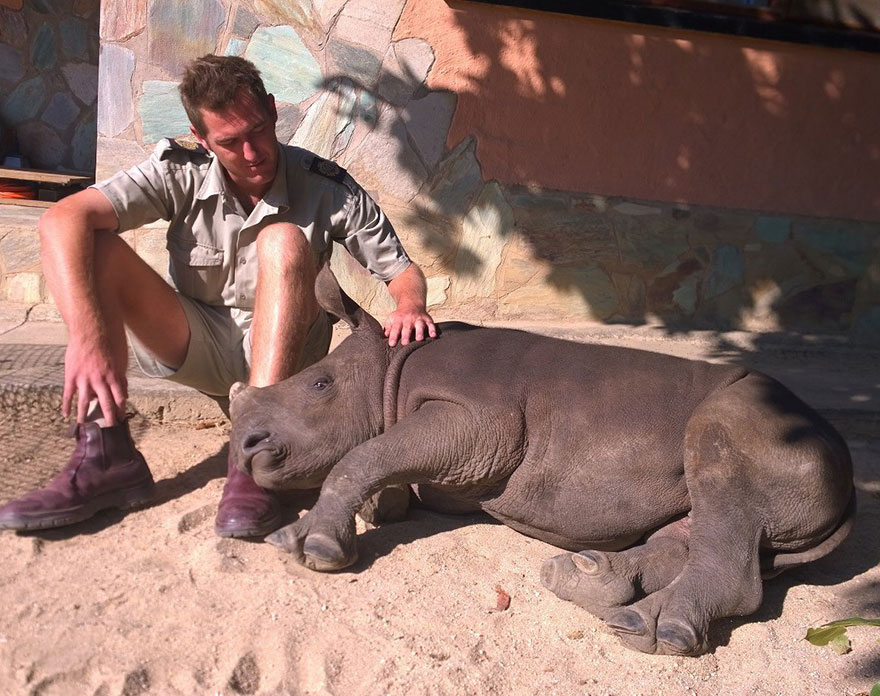