When Japanese chin Lulu met Saint Bernard Blizzard for the first time, she immediately adopted him as a parent ‘‘because she was too young to be on her own.” ‘‘Her favourite place was on his back when he was laying down and over time she got comfortable in this position. When he stood up, she would jump around constantly to get on his back where she felt the most comfortable,’’ the dogs’ owner, David Mazzarella told Metro. 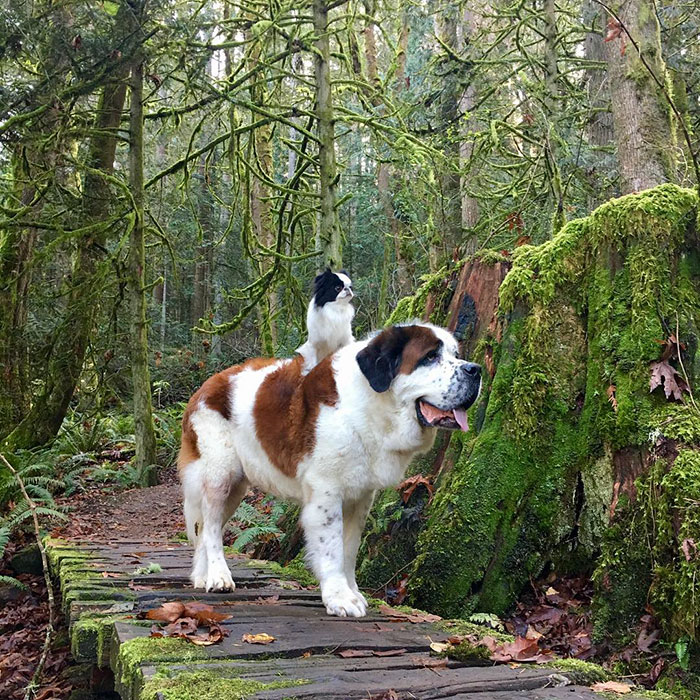 Weighting as much as a pack of sugar, Lulu was quick to show 126 pound Blizzard who’s the boss here. Now whenever the two go for a walk or go on adventures, the tiny doggie is always on the giant’s back. “When Lulu is on Blizzard’s back in public there is usually a large group of people taking photos,” Mazzarella told Bored Panda. 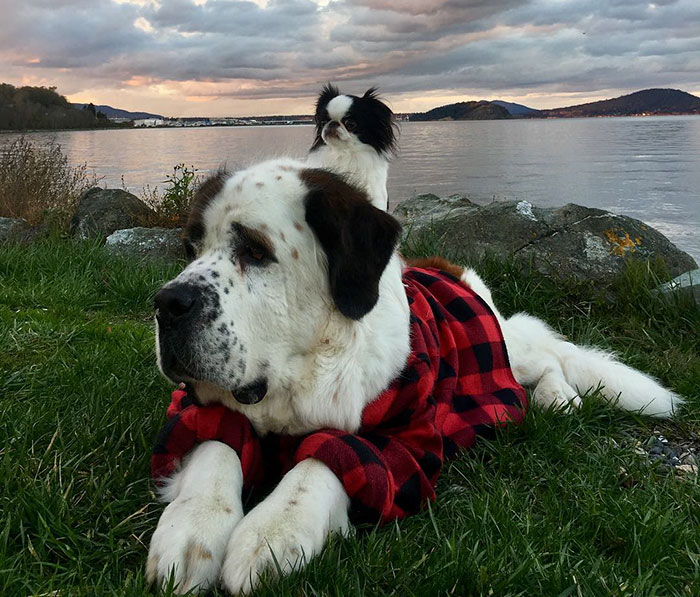 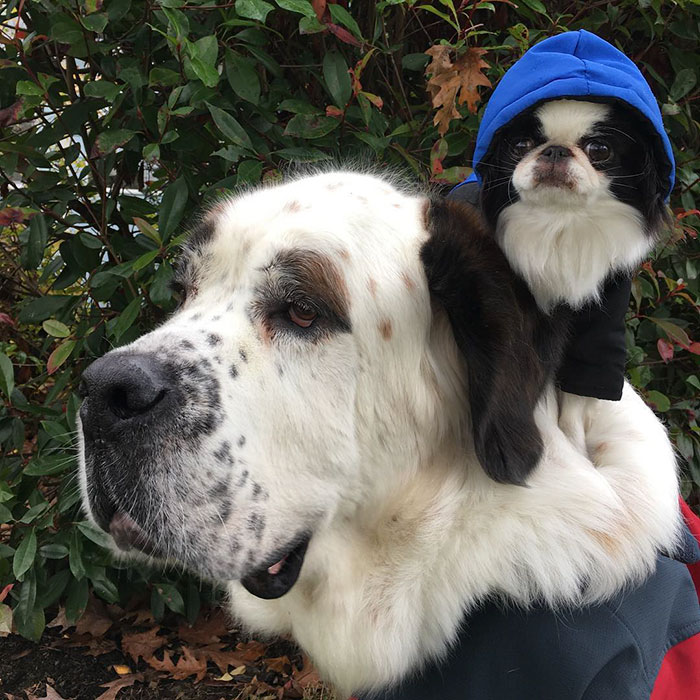 ‘‘Blizzard is the most laid back dog, he is tolerant of everything,’’ says Mazzarella. The owner adds: ‘‘Let’s just say Lulu wears the pants in the family, and Blizzard doesn’t have a mean bone in his body.’’

‘‘Never once has [Blizzard] growled at me and I can take a chicken bone out of his mouth with my mouth… Whereas Lulu is just the opposite, she always gets her way with Blizzard.’’ 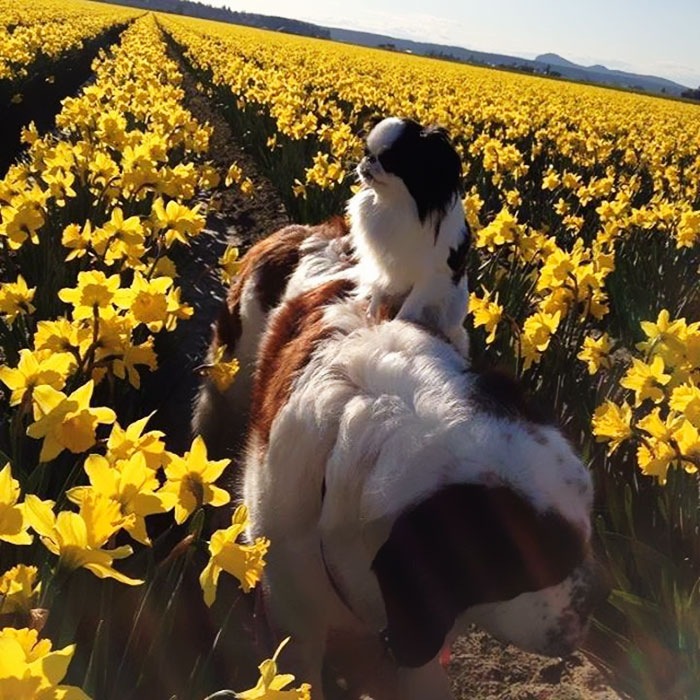