The internet loves animals, and today, we are glad to welcome a new unique character to the community, which is yet to steal many hearts. A 2-year-old rescue dog from Thailand named Lucky has very distinctive features that definitely make him stand out, leaving people raising eyebrows (pun intended) guessing whether it’s Photoshop or real life. With Lucky, you are lucky to get a two for one deal. This cute puppy’s face looks like two completely different personas – a regular Chihuahua mix and one of James Bond villains – blended together, and we can’t get enough! 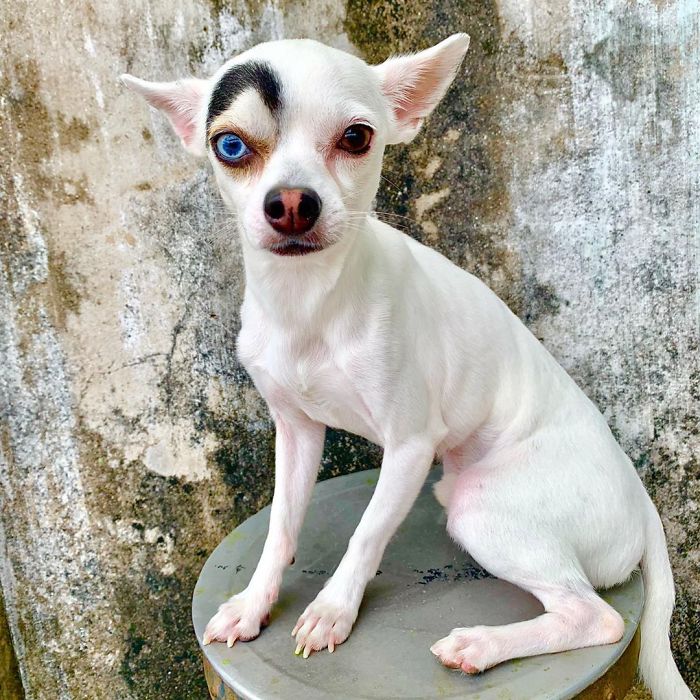 “I saw a post on Facebook that said that Lucky needs to find a new home. When I saw the cute dog, I immediately knew I wanted him, so I contacted the owner to adopt him. I was surprised by his appearance, but I thought he is perfect and very unique,” the new dog owner Charice Fca Cha told Bored Panda.

When 29-year-old Charice adopted Lucky almost three weeks ago, and she couldn’t imagine that the photo of an adorable mixed breed dog she shared on a dog owners’ community on Facebook would blow up with 11,000 likes and over 600 comments. But we can totally understand why. One of Lucky’s eyes is pale blue and pierces right into your very soul while another is brown, and his one thick raised eyebrow makes him look like he’s either judging you or is seriously considering taking over the world. And despite popular opinion, the fabulous eyebrow wasn’t drawn with a permanent marker. 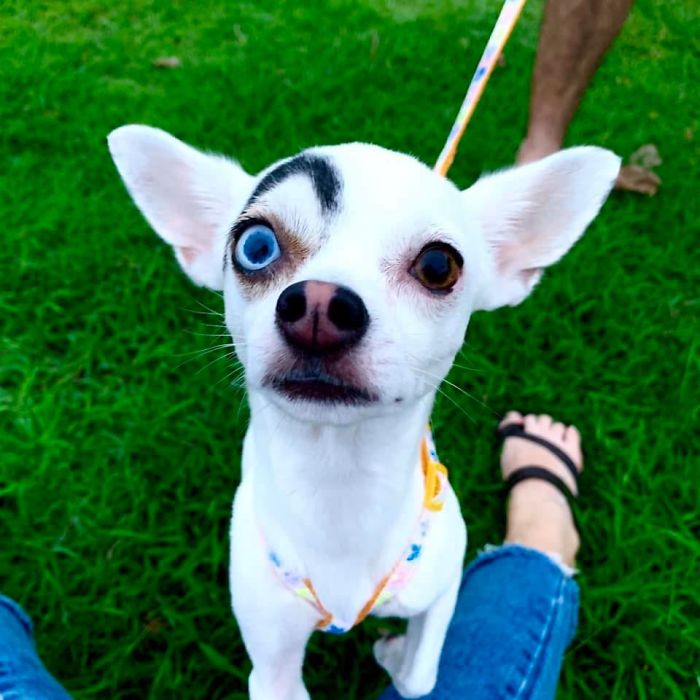 “Some people don’t believe this is he’s really a dog with eyebrows, they think I used a permanent pen to draw on his face or photoshopped him. And I understand that it’s hard to believe that dog can have a perfect eyebrow and what’s more, above a blue eye,” Charice said.

Despite the odd appearance, Lucky is a very healthy pup. Because of his rare condition called heterochromia, people keep wondering if he can actually see, but Charice confirmed that he’s not blind, and he sees everything clearly. 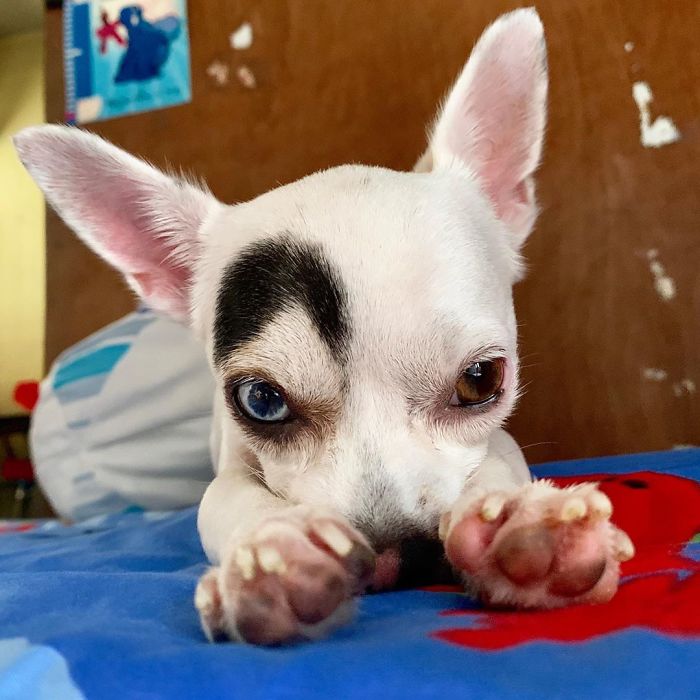 Lucky is still getting used to a new forever home and learning to show his love and accept it from others. “He is very mischievous, hyper, nervous, scared of any sounds and people, and a bit aggressive, but I know this is because he’s never met other dogs or other people,” Charice shared her experience so far. “Sometimes he bites Harry, my other dog because Lucky is very possessive of me. I’m planning to send him to school to learn how to be sociable. Other than that, he is very snuggly, playful, intelligent, and he listens to my orders… sometimes.” 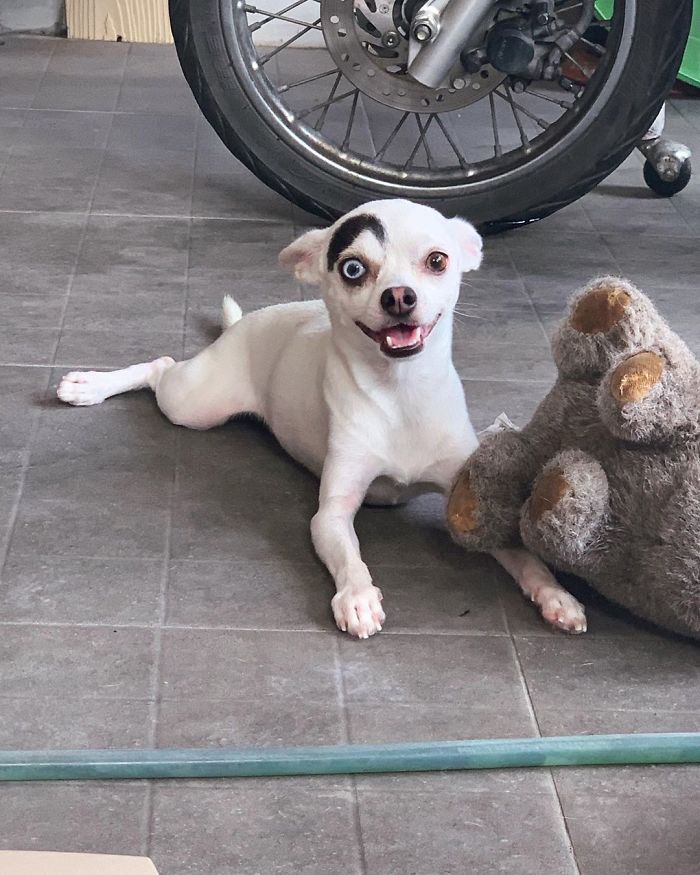 After the unexpected attention from all over the world, Charice had no choice but to create social media accounts for Lucky to share little snippets of his everyday life. And we can all agree that Lucky has it all to become a star. People are already creating different scenarios for Lucky’s unusual appearance, and it’s hilarious!