When Sadie left the shelter in 2014, no one expected her to ever be back. But last month, she did return when her family surrendered her. Shortly after that, Sadie was adopted again — and returned again. This, unfortunately, was not the end of it — about a week later, she was adopted and returned one more time.Sadie was only a few months old when she and her littermates first arrived at the Harris County Animal Shelter in Texas. The staff had taken photos of Sadie, and the little puppy was quickly adopted by a family. But this wasn’t the forever family Sadie needed. 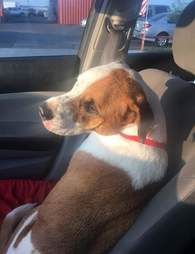 Ashley Roberts, a volunteer for Harris County Animal Shelter, was there when Sadie’s family surrendered her last month.“[Sadie] was in a little ball,” Roberts told The Dodo. “Honestly, I thought she was a stray and they had found her, and that’s why she was so scared. She didn’t even really seem comfortable with the people she was with.” 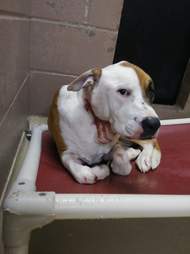 “They kind of said something along the lines of [Hurricane] Harvey and said, ‘We thought we were going to keep her,’” Roberts added. “But they didn’t seem remorseful at all that they were turning her back to the shelter.”When a staff member scanned Sadie’s microchip and looked up her information on their computers, Sadie’s puppy picture popped up. 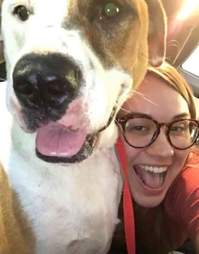 “[The staff member] almost broke down into tears,” Roberts said. “He couldn’t even function when he saw her original picture and her coming back now … being surrendered back to a kill shelter. It was such a stark difference from her confident puppy picture to the dog we saw in front of us. He was almost in tears. I was already crying.” 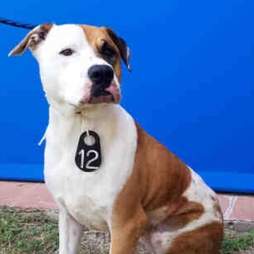 The next week, another family came into the shelter and asked to adopt Sadie home. Initially, everyone was ecstatic, thinking Sadie’s run of bad luck had finished. But a week later, Sadie’s new family returned her too.“I wasn’t there the second time she was surrendered, but [the new family] said that she kept having accidents in the house,” Roberts said. “What we think actually happened was that she was so nervous, that it was like a nervous urination.” 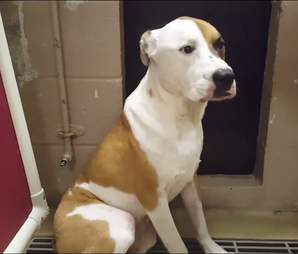 After this, the staff posted Sadie’s photos on Facebook, hoping that she’d quickly find a better — and permanent — home. Soon, a young woman got in touch with the shelter — she offered to foster Sadie with the view of adopting her. 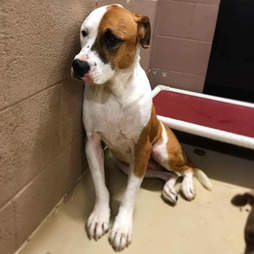 “We try to do adoption counseling and foster counseling so we give these animals and people a better chance of being successful with the adoption,” Roberts said. “And we very specifically said, ‘[Sadie] doesn’t need to be around any other dogs for at least a week — just give her some space and give her some time to chill out — she’s been through so much.’”But for some reason, the young woman didn’t listen, according to Roberts. 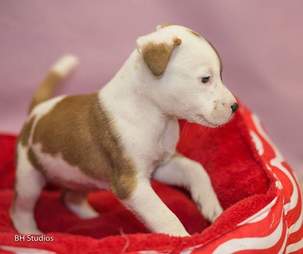 “She seemed really well-intentioned, and we thought it was going to work out,” Roberts said. “So she took her home, and she’s like, ‘Oh, she’s doing so good.’ And she told her sister, ‘Bring your dog over.’ So her sister brings her dog over, and she attacks Sadie.”When Sadie was returned to the Harris County Animal Shelter for the fourth time, her neck was covered in bite wounds. 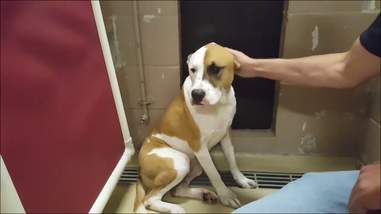 “It’s been nothing but bad luck,” Roberts said. “I’ve never seen another dog that’s been returned this many times.”To help Sadie get back on track, the shelter staff organized for Sadie to get into a foster home with Down South Rescue. 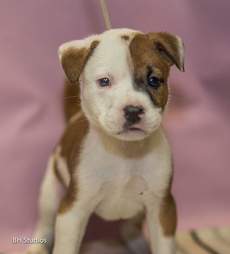 “Sadie is with an experienced foster and she is working with her,” Sharon Fanning, director of Down South Rescue, told The Dodo. “She is still very scared and doesn’t trust people. However, she has become very attached to her foster mom. It will take time for her to heal mentally and physically. And we will be very picky about who we allow to adopt her.”Sadie won’t immediately be up for adoption, but when she is ready, Roberts hopes that she finds the best home possible.

“She was so sweet in the shelter — I don’t think there’s a mean bone in her body,” Roberts said. “We just want a home where she is loved, and where she is given the time and energy she needs. 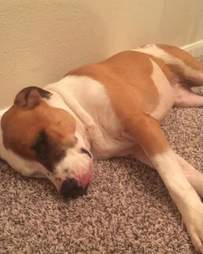