Did you know that giraffes have black tongues? Yep, no doubt only the hardcore giraffe lovers knew that one, but there is still a lot that is yet to be discovered about giraffes.

Hence, we have researchers out in Africa studying this amazing species of animals. And one such team of researchers were surprised to spot two wild dwarf giraffes—the first of their kind. They were documented and the pictures have since been making headlines on the internet. 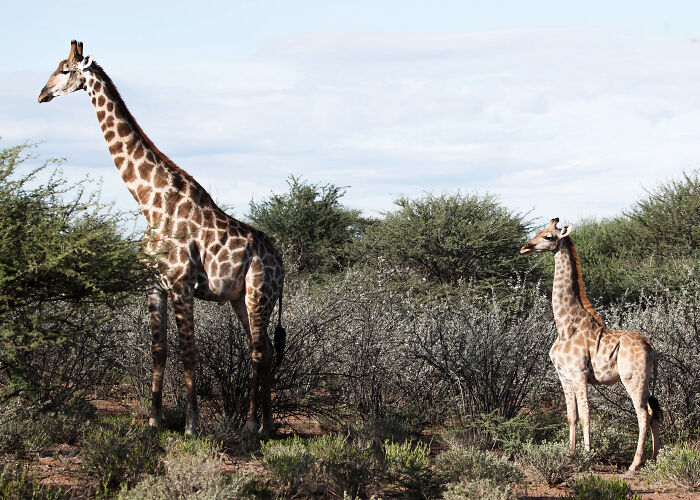 So, researchers from the Giraffe Conservation Foundation (GCF) published a paper in BMC Research Notes, an open-access journal publisher, describing two giraffes from separate populations in Namibia and Uganda who turned out to be dwarfs among their kin. The paper focuses on giving a detailed account of what are considered the first known accounts of dwarf giraffes in scientific literature.

The giraffes were documented in Murchison Falls National Park, Uganda, and on a private farm in Central Namibia during photographic surveys that GCF regularly conduct to determine population numbers, their dynamics, and distribution across Africa.

On one such field trip, the researchers snapped some pictures and measured the limb dimensions of the two dwarf giraffes. Compared to other specimens in the populations, they found out that these dwarfs had shorter legs—or more specifically, shorter radius and metacarpal bones. But their necks are the same length.

The lead author of the paper, Dr. Michael Brown, with whom Bored Panda got in touch, explained that instances of wild animals with these types of skeletal dysplasias (abnormal development of cells) are extremely rare, and it provides a unique glimpse into the giraffe population living in an already diverse ecosystem.

“When we first saw these giraffe, the initial reaction was a bit of curious disbelief,” elaborated Dr. Brown. “These unique giraffe strike a remarkable contrast to other giraffes in the herd. During these surveys in Uganda, we work closely with Uganda Wildlife Authority rangers and I remember when we came across the dwarf giraffe, the ranger and I looked at each other to confirm that we both were seeing the same thing.” 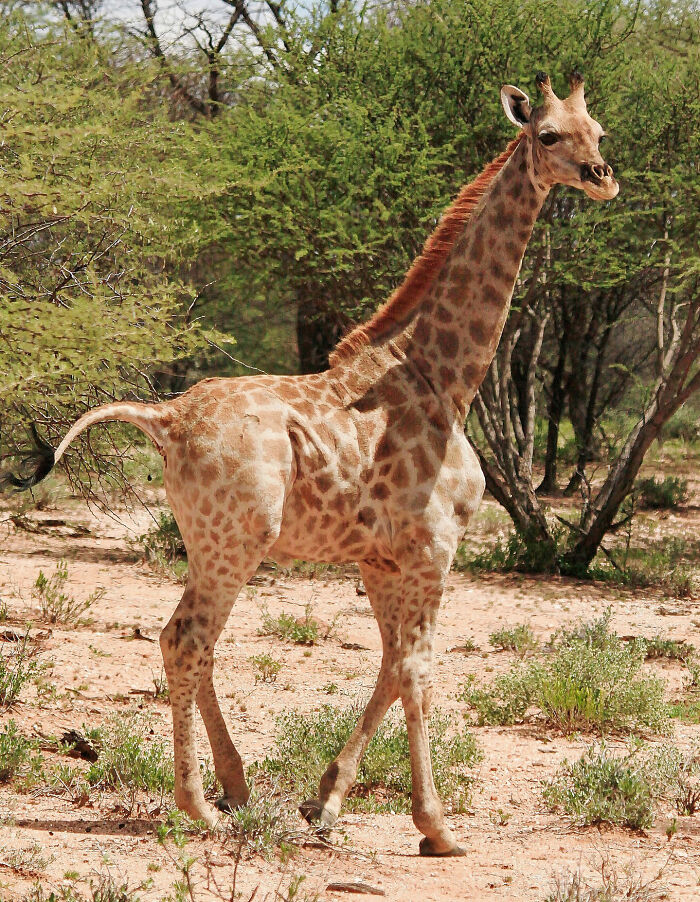 These two in particular were named Gimli—after Tolkien’s Lord of the Rings character who’s a dwarf—and Nigel. They measure at 9.3 and 8.5 feet in height—in context, the average giraffe is at least 15 feet high (20 feet at most). We asked if Nigel was named after Sir Nigel Pennyweight from the Ghoulies, but alas no, it’s just a lovely name for a giraffe:

“To be honest, the giraffe aren’t really ours to name, but sometimes researchers give them nicknames to identify them as individuals and to better communicate them to other researchers. Gimli was indeed named in honor of the character from Tolkien’s Lord of the Rings trilogy (as an interesting aside, when researching dwarfism in other wild animals, we learned that a dwarf elephant documented in Sri Lanka was also given the name Gimli… an interesting case of convergent naming). Nigel is just a lovely name given by one of the local folks in Namibia…I admittedly do not know the root of his name.”

There are no official studies of how this impacts the dwarf giraffe’s survival rates, but Dr. Brown explained that dwarfism isn’t a good thing for them: 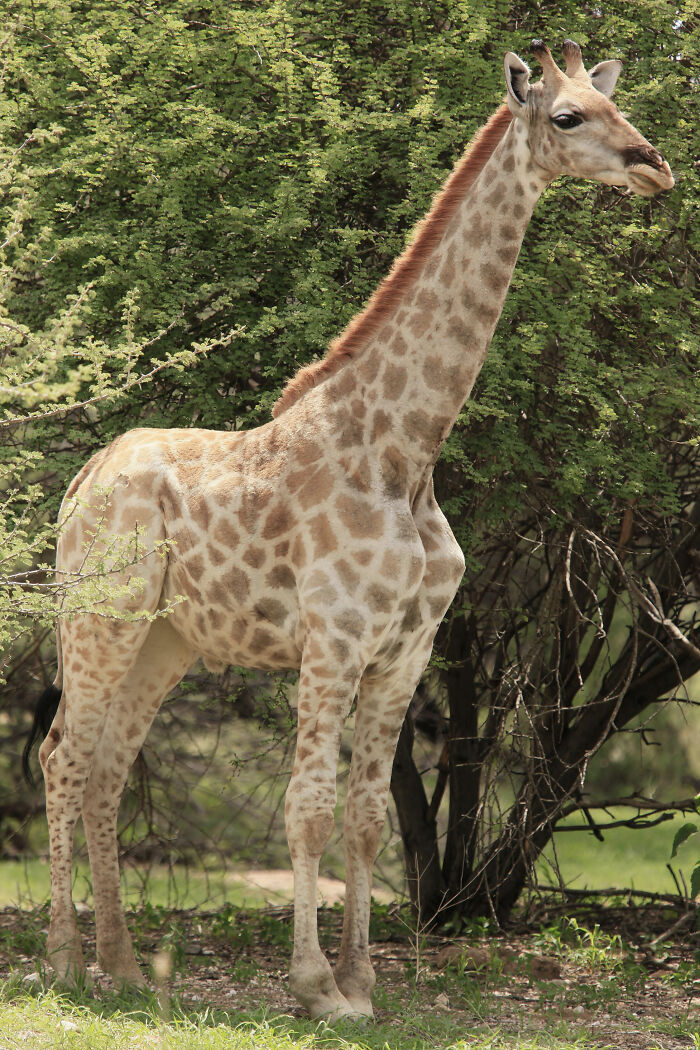 “Long legs are normally rather important for giraffe since running and kicking are two of their most effective anti-predator tactics. Additionally, it doesn’t take too much imagination to speculate that—since these giraffe are both male—there might be some physical challenges to mating. In watching these giraffe move, their gaits were certainly different from other giraffe in the population…although it’s worth noting that they both survived past being a calf which is a critical life stage when giraffe are typically most vulnerable to predation.”

Emma Wells, one of the other researchers involved in the team explained that it was a bit hard to spot the giraffe at first: “While the Namibian farmer had spotted Nigel regularly over the years, it was only after our observations that he realized that Nigel was not a juvenile but a fully grown male giraffe. It is mainly in comparison to other giraffes that his difference in stature becomes obvious.”