Streets of Kolkata in India have flooded due to heavy rains recently. But a man named Mandal saw two wet stray dogs in the middle of the street.

So he immediately took them and shelters the dogs under his umbrella. Someone captured this cute moment and shared the photo in social media. 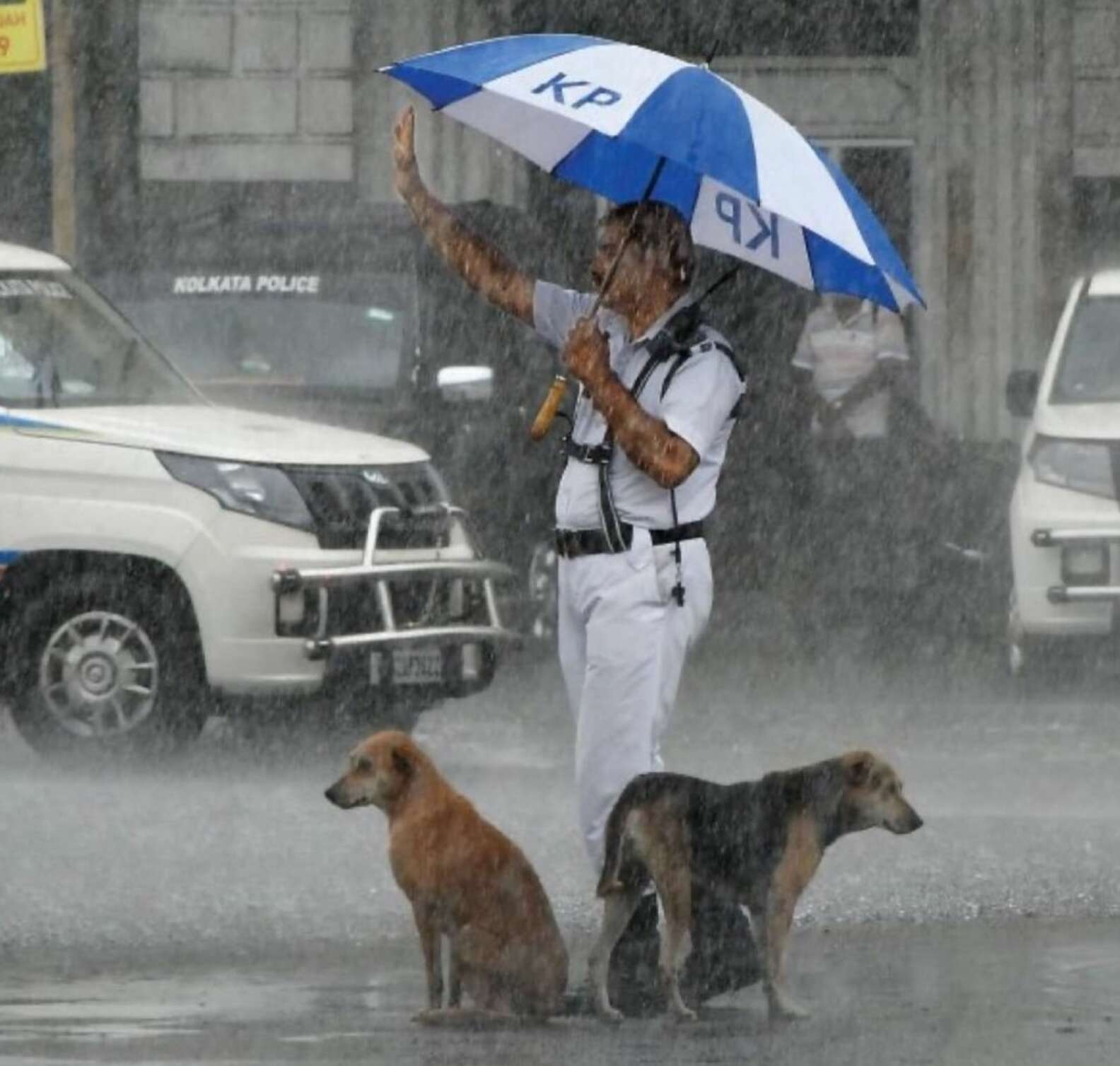 The picture has gone viral and has touched people’s heart around the world. There are more than 40 million stray dogs in India and it is so difficult to save them all. But Mandal, the police officer did something special and the Internet is going crazy after he helped two stray dogs.