He was injured and had his front left flipper missing. 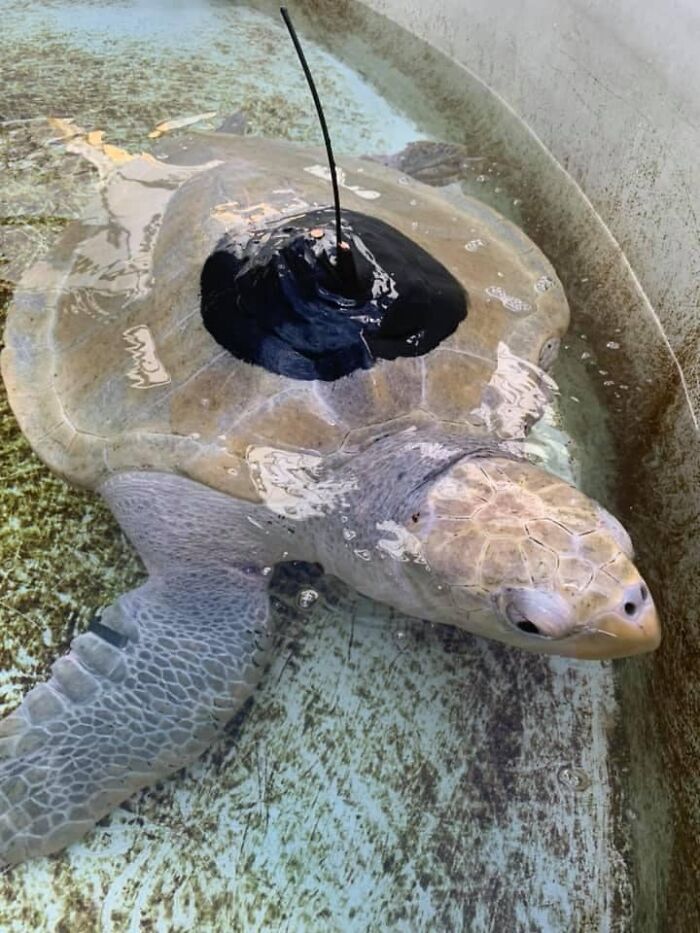 “Lou had his front left flipper missing, worn off from trying to escape from the net,” Jennifer Gilbert, the co-founder of CTRC, told Bored Panda. “He was picked up by the rangers who drove him down to Weipa and he was transported to Cairns via Qantas Link who sponsored his flight.”

Not just that but Lou’s back was too damaged. 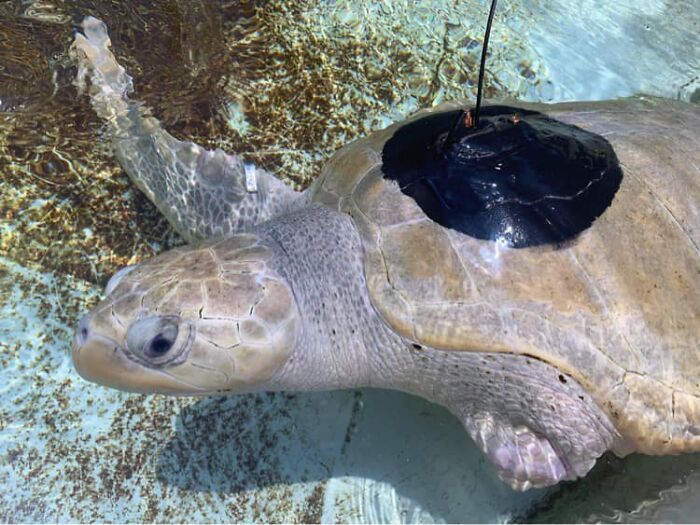 “The decision was to amputate that flipper which left him with only 2 of them, luckily opposing,” Gilbert recalled.

“There was always hope he would recover and be returned back to the wild where he belongs. Being an adult male olive ridley, it was important that he went back.” 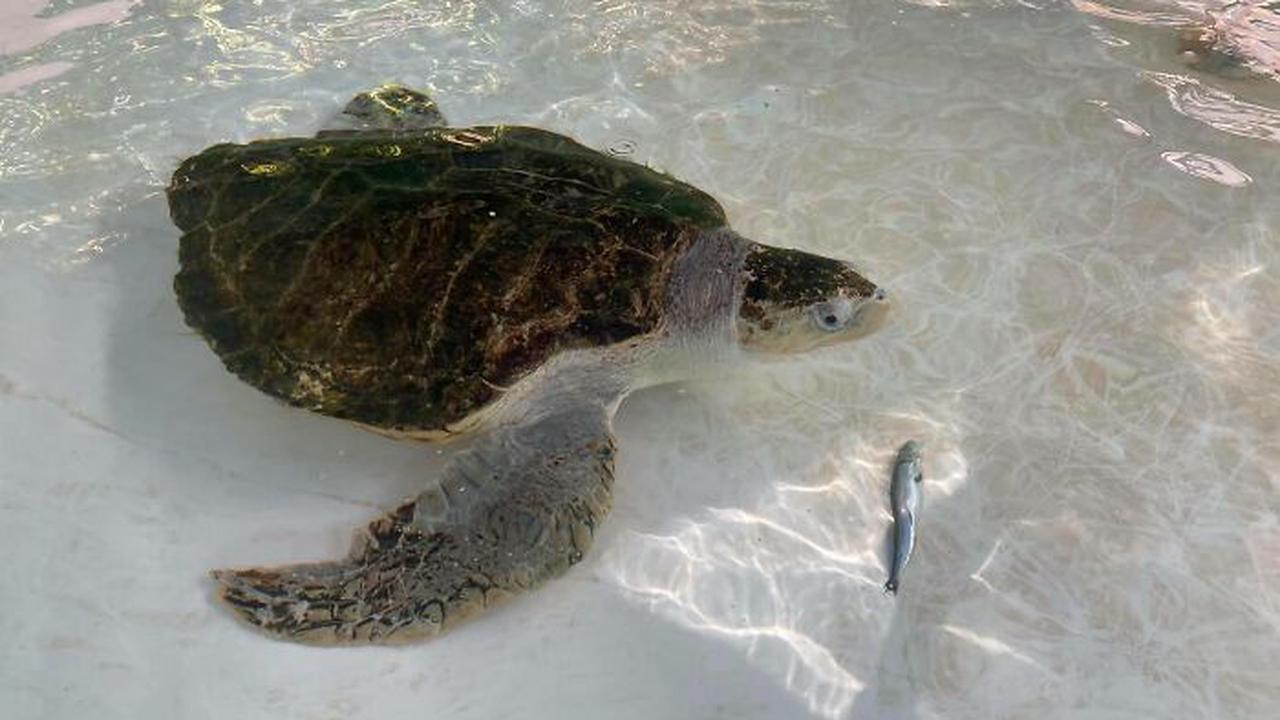 But finally something cool happened. Cute Lou became so strong and started to swim again.

Now he is ready to go back into the wild.