This ugly duckling story begins in May, during one of my cycling expeditions. For a short rest I chose a nearby pond. I thought I was alone there but I was greeted by a small cygnet who, with the assistance of his mum, was valiantly scrambling towards the shore. I have been observing lakes and ponds in my area for many years and so I was surprised by the presence this lonesome little fluffy ball – usually the parents have 5-6 offspring. The charm of the chick was such that after a few days I had to go back again to feast my eyes on this adorable creature. 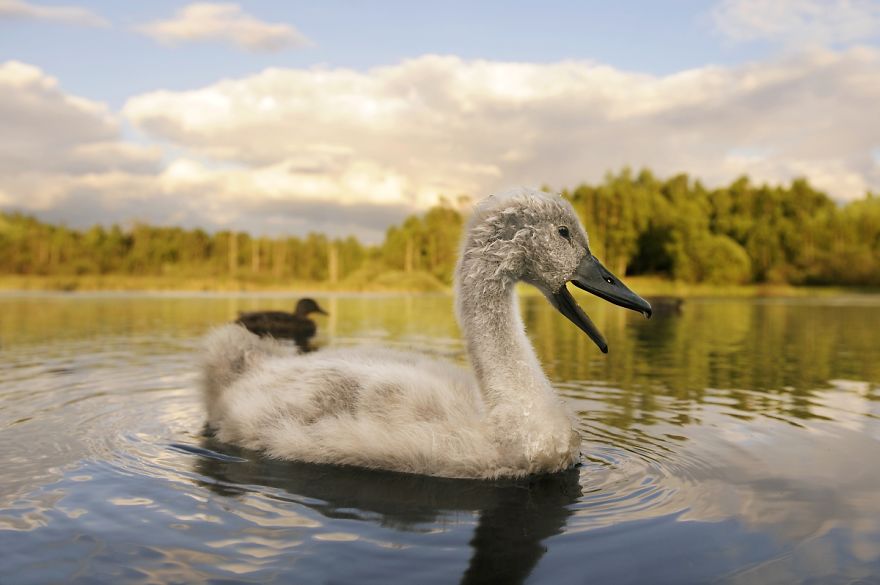 However, the second visit brought me anxiety and sadness. I found the cygnet, but there was no sign of his caring mother. Luckily, the brave toddler had been adopted by ducks. The next day I was there again but unfortunately the chick was still without parents. A friendly fisherman on the shore, who visits the pond almost every day, told me something interesting. The pond is not a permanent habitat for swans, and they nest here only for breeding. At the beginning of May our heroes had indeed hatched five birds, but soon after the birth of their offspring, the swans’ father left them and flew away to another body of water. The little ones were left just with their mother. 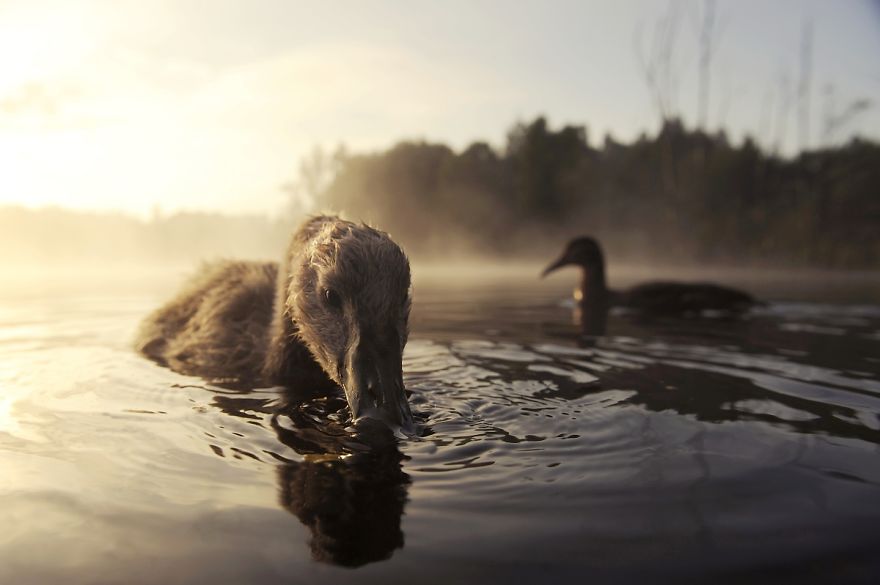 Sadly, one night after an attack by a predator, the swan mother was left with just one chick. The mother took care of the young one only until he became independent. Seeing that he was doing well and was in a flock of young ducks, she decided to look for a new home, which apparently turns out to be typical with these birds. I do not know when or how it happened that I started to visit him regularly and to feed him, attentively watching as he grew and began to understand the world around him. The fate of this small cygnet, I confess this honestly, has moved me. I will add that I wasn’t the only one whose heart was melting. 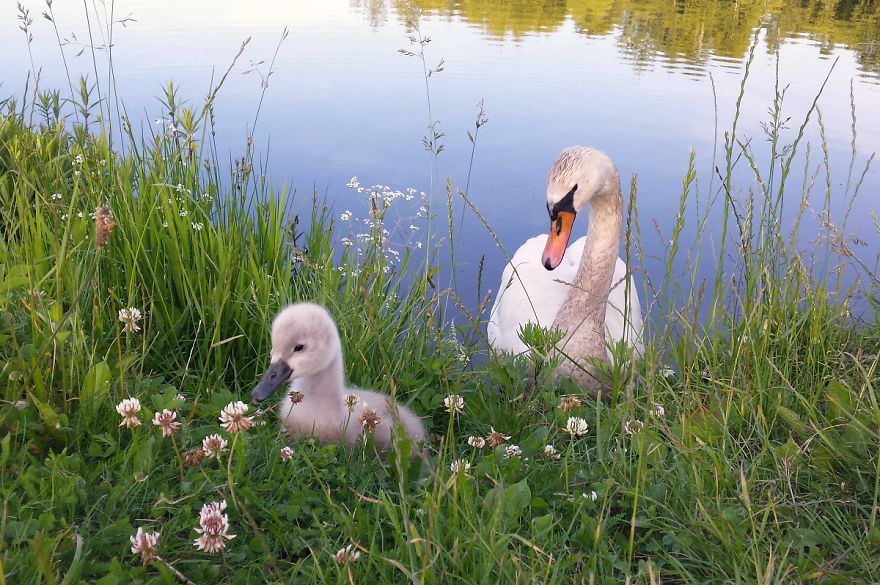 Soon our little hero had become the favourite of all fishermen who began coming to the fishery with extra snacks for the little one. Each gave it a name, and I did too. To me, from the beginning, it was Stefek, but the others called him Gucio, Neck, Little Ball. Writing this text on this September afternoon, I can proudly state that Stefek has blossomed into a beautiful swan, and although he still has a “youthful” grey colour, it does not lessen his charm at all. However, winter is approaching and with it the problems of getting food. So this is a task before us – to make sure that Stefek is not hungry, and if the pond is frozen (as it is located in a shaded area) we will have to move our hero to another, safer area. I hope he will happily survive the winter with our help, because the pond wouldn’t be the same without him. 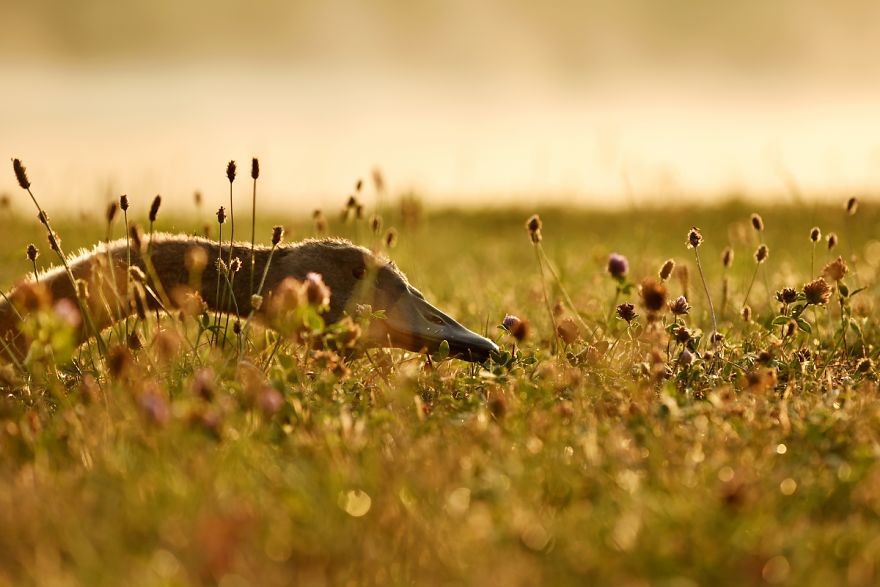