Most likely, this attractive hawk never believed his status as apex predator would ever be called into question, confident in the knowledge that his dominance would always be unchallenged.

However, he eventually met his match. 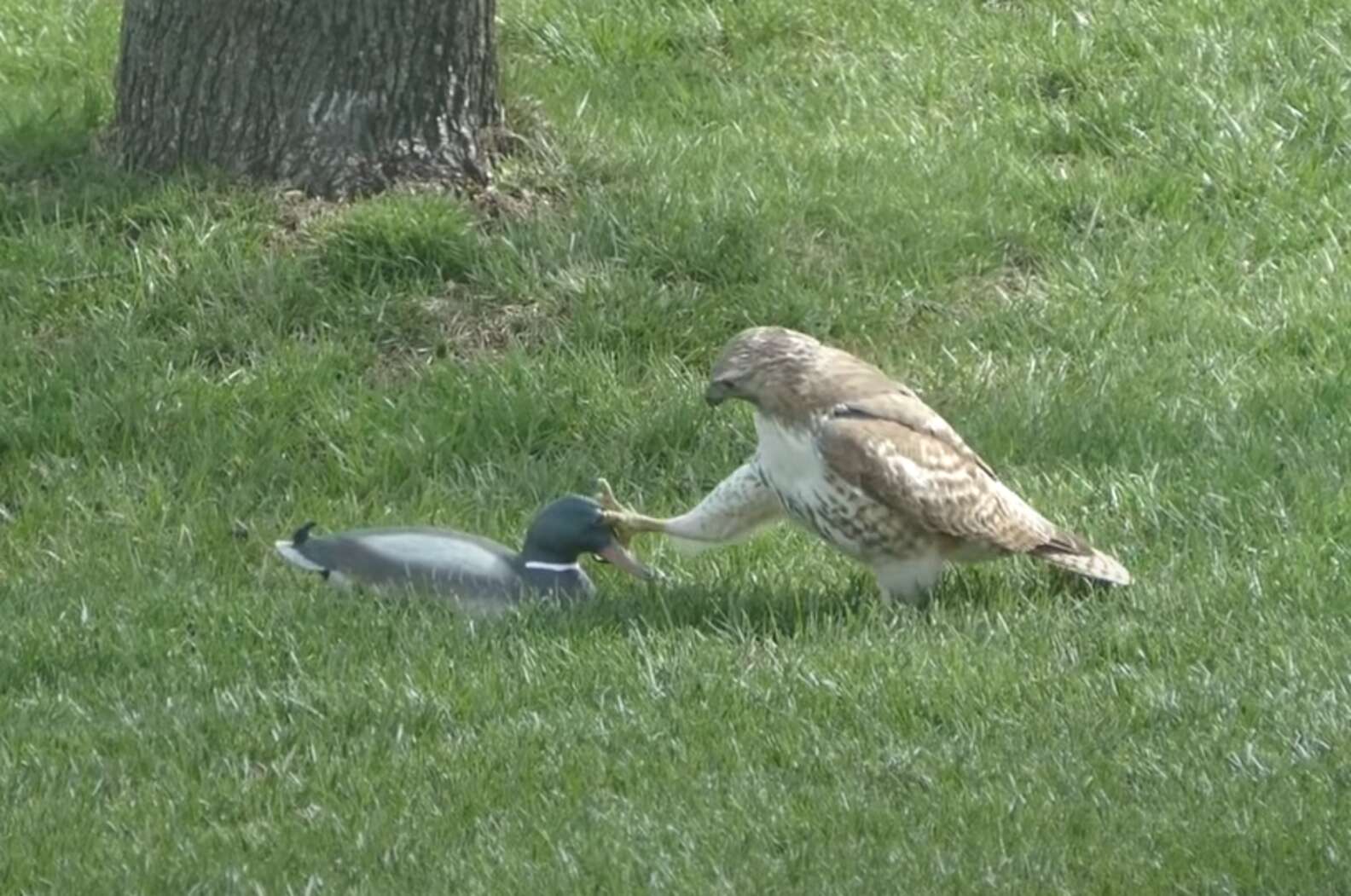 One day, while out hunting for food, the hawk came across something he couldn’t pass up. There was a sitting duck, relaxing on a patch of grass, seemingly oblivious to the ravenous hawk’s approach.

Of course, the hawk had no idea that the duck was nothing more than a decoy figure. And it wouldn’t be intimidated easily.

Garybob, a YouTube user, was watching as an interesting little brawl unfolded:

The puzzled hawk attempted in vain for many anxious minutes to subdue the curiously unflappable “duck.” He seemed to take a few moments every few minutes to look about, as if he was being played.

In the end, the hawk made the correct decision to decline the challenge. The duck decoy had won the day, something the hawk would surely want to forget. 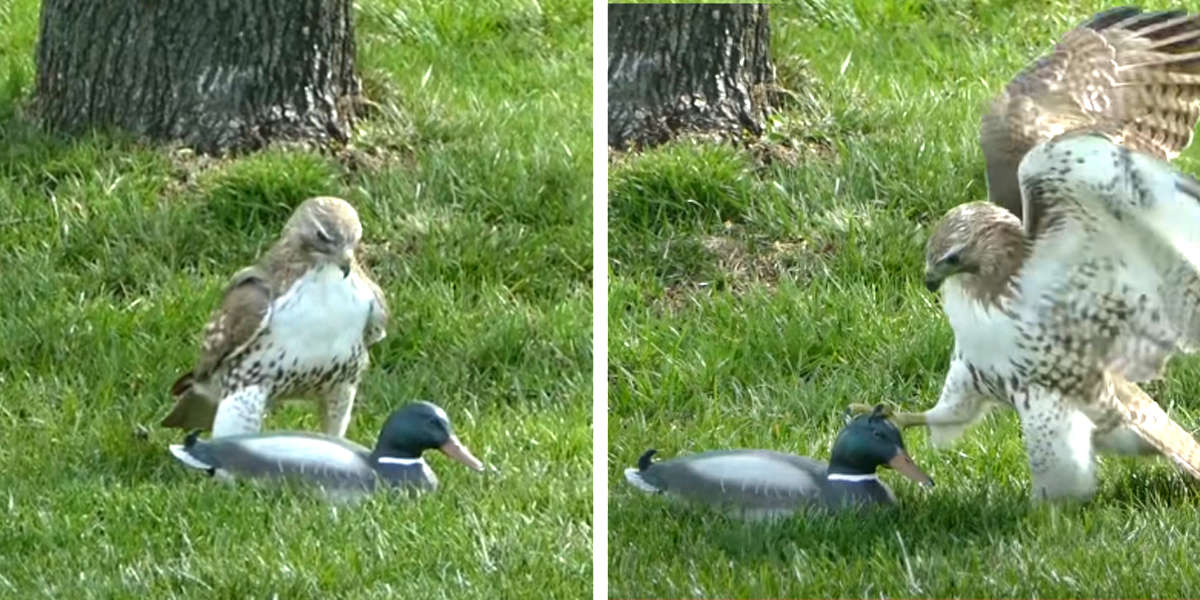