Probably most of us will agree that nowadays cats are taking over the Internet. Let’s admit that it’s hard to resist how adorably cute and at the same time, funny they are! We all know that if you’re having a bad day, funny cat videos will be the ones that will surely cheer you up for good. Whether they are playing with things that they are not allowed to, getting scared of pretty random objects, or simply adorably sleeping. For some cats, a piece of a blanket in the corner of the bed is enough to have a deep night’s sleep while others really like to show who’s boss and occupy all the space, spread out all over the bed and leaving their owners no space, and that’s really adorable. But the funniest part about their sleeping habits is their various sleeping positions! 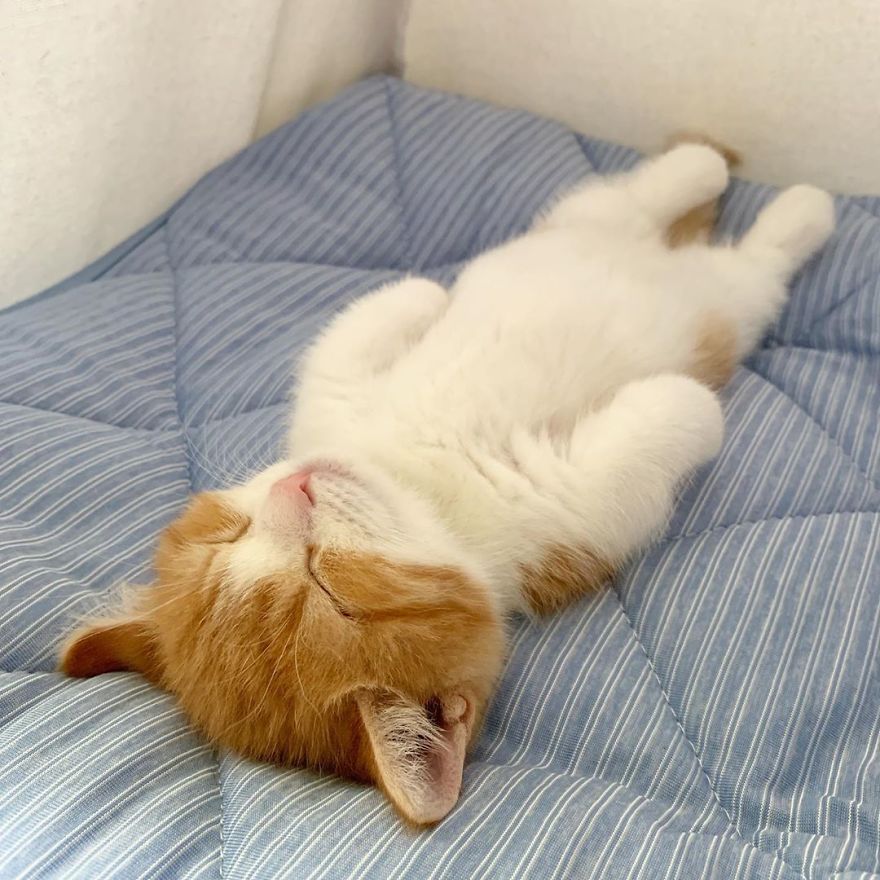 There are cats who love sleeping on the side or curled up and that’s really cute but one of our absolute favorite sleeping cat positions is when they lay flat on their back with their legs straight almost looking like a human! And one orange and white calico munchkin cat named Chata is actually pretty famous for this. 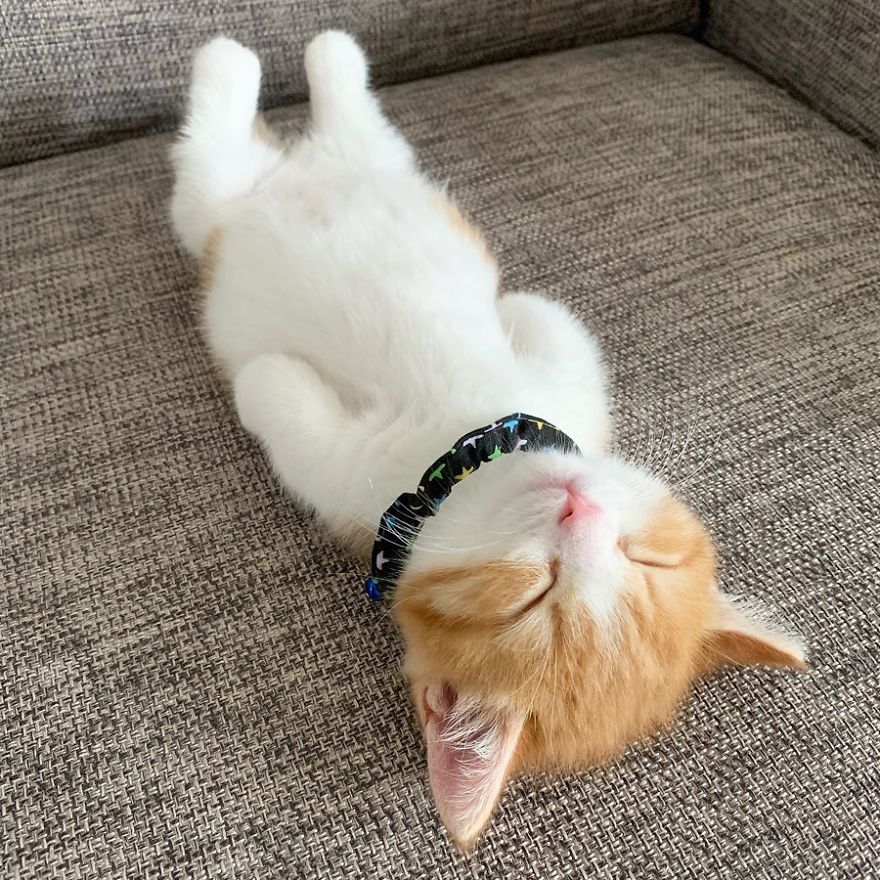 Chata from Japan is only two-and-a-half months old but he already went viral on the Internet for his adorable way of sleeping by exposing his round belly and tiny pink paws that are too adorable! After, who wouldn’t want to gently squeeze them? It’s just too cute to handle! 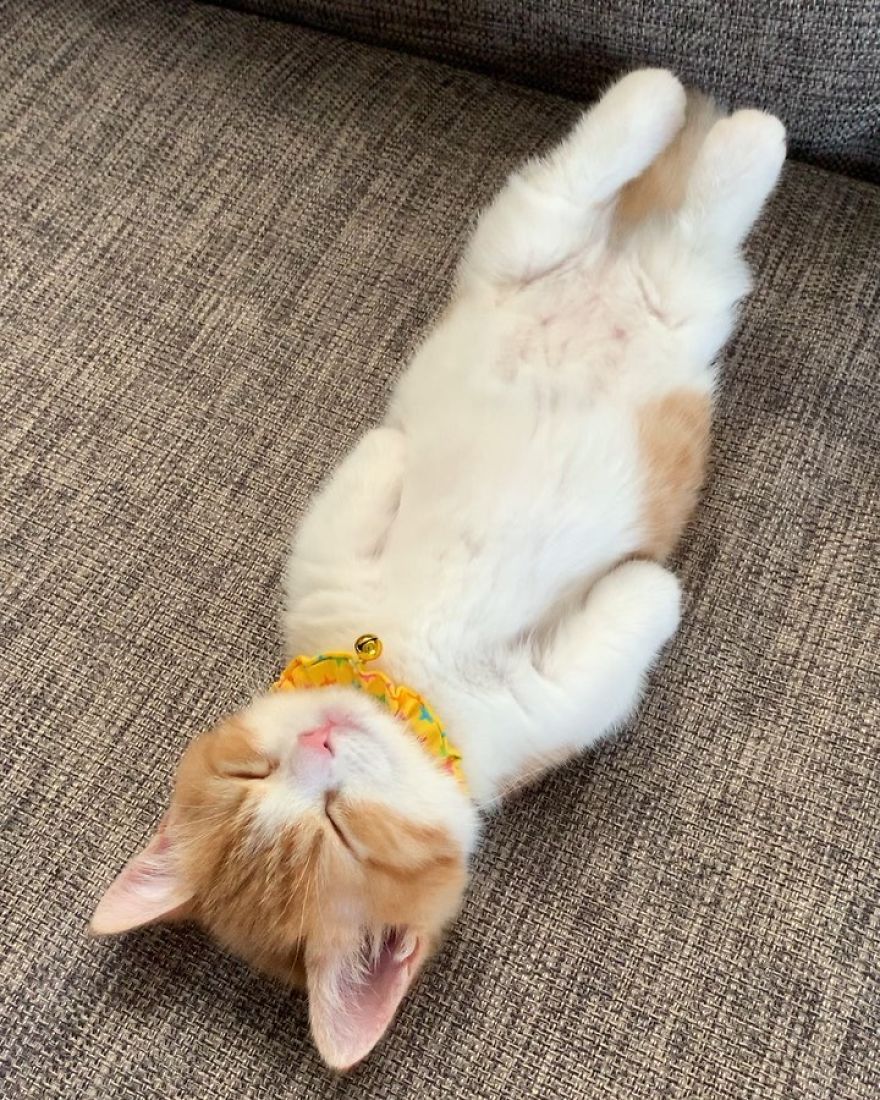 Judging by the blissful and satisfied smile on his face, it’s clear that this little feline is having some pretty sweet dreams without a care in the world. We could only wonder what he could be dreaming of because let’s admit that you surely wouldn’t want to wake him! 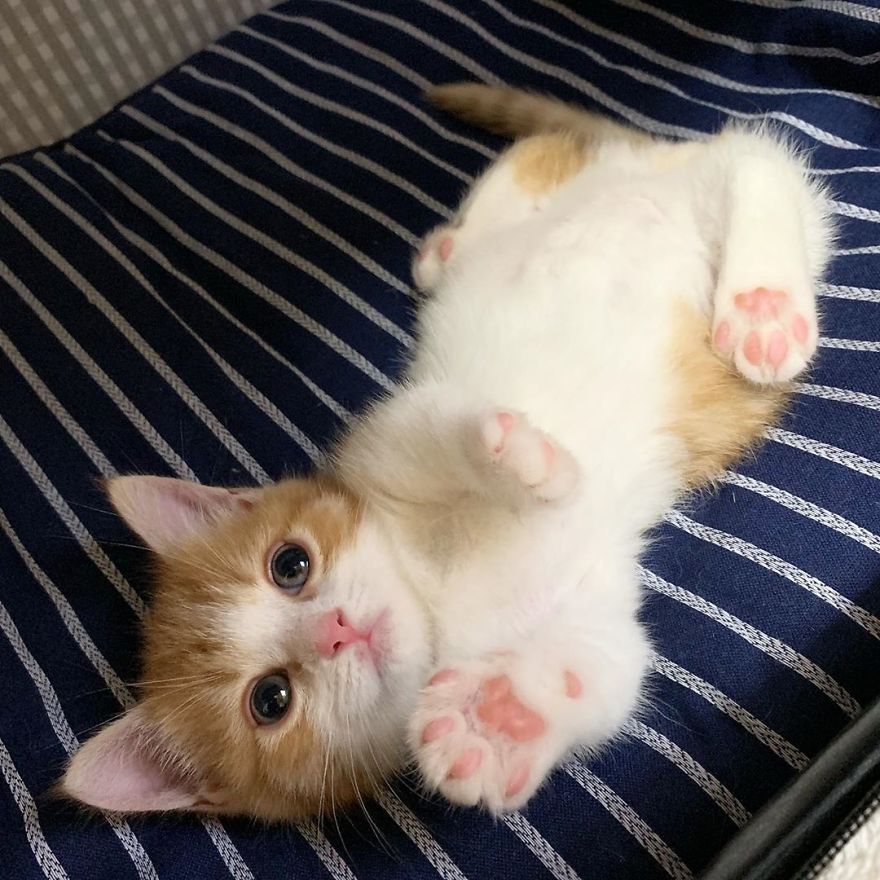