Last March, Maybelle arrived at the Gentle Barn in Tennessee, a sanctuary for rescued farm animals, after spending eight years as a dairy cow. At the sanctuary, Maybelle would never have to produce milk for humans again – instead she’d get to spend her days grazing and sleeping and enjoying the sunshine.

But from the moment Maybelle arrived at the sanctuary, she was incredibly unhappy – and at first, no one could figure out why. 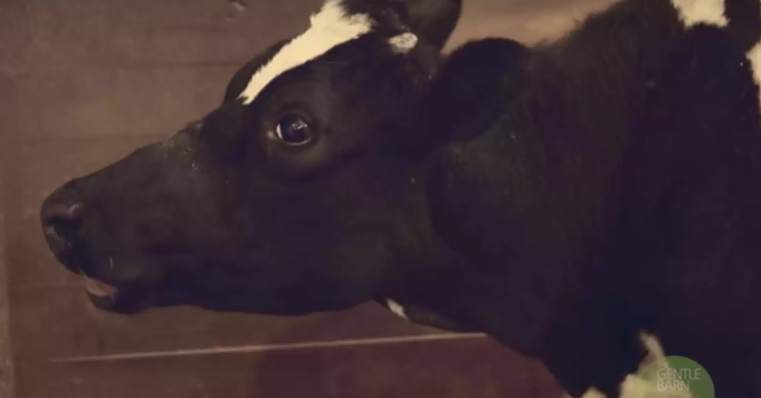 “She was just crying and crying,” Andrea Burritt, manager of the Gentle Barn’s Tennessee location, told The Dodo. “She would just pace the pasture constantly, and she wouldn’t stop crying.”

Burritt had only seen one other cow act like this before – a cow who’d been separated from her baby. But Burritt and the other sanctuary staffers didn’t think Maybelle had a calf. 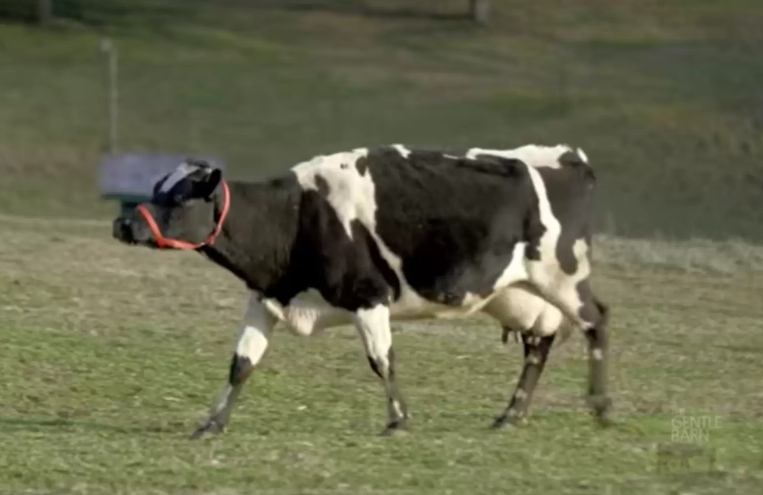 Yet Maybelle kept crying – and insisting.

“It was awful,” Burritt said. “She was pleading with us. She would look you right in the eye, and just scream. You knew something was wrong, and it was just hard trying to figure out how we could help and what we could do.”

A Mennonite family used to own Maybelle, and they didn’t have a phone, so the sanctuary staff couldn’t call and ask about a possible calf. Jay Weiner, the sanctuary’s cofounder, ended up driving back to the farm with a trailer, just in case Maybelle did have a baby. 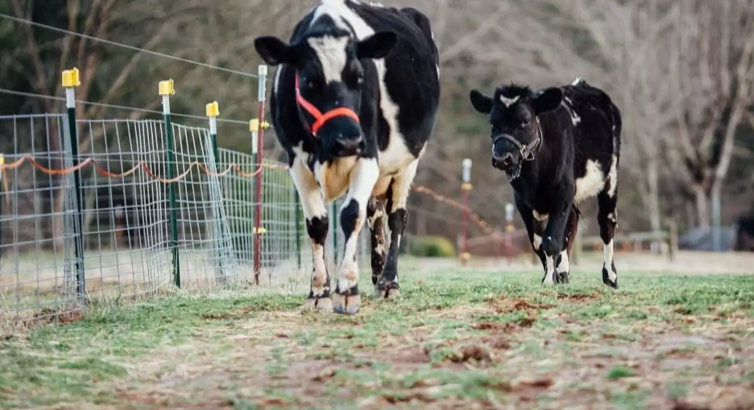 When Weiner arrived at the farm, and explained the situation to the farmer, the farmer pointed out Miles, a 9-month-old calf. Not just any baby – Maybelle’s baby.

Miles had lived in a separate pasture from Maybelle at the farm, but they’d always been able to see and hear each other, according to Burritt.

The Mennonite family had willingly given Maybelle to the Gentle Barn to pay her back for all her years of service to them, and they quickly agreed that Miles could go to the sanctuary as well. Weiner loaded Miles onto the trailer and drove him to the sanctuary to be reunited with his mom.

Burritt and the other sanctuary staff were over the moon when they heard. 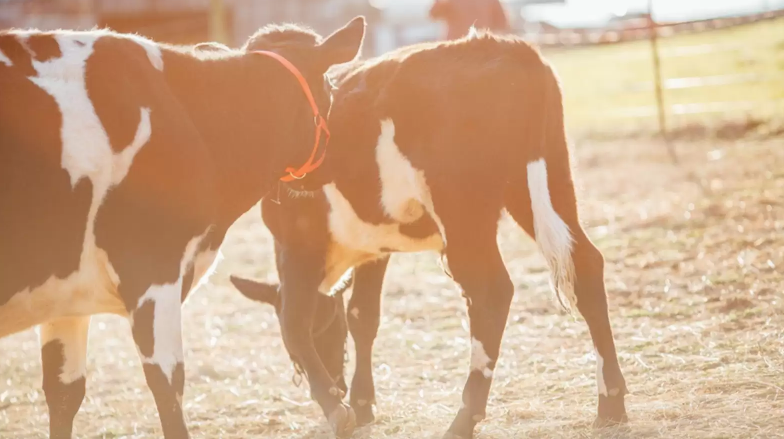 As Weiner drove up to the pasture, Maybelle and Miles had already started calling to each other. A when Miles emerged from the trailer, he ran straight for his mom.

“They knew it was each other immediately,” Burritt said. “She checked him over to make sure he was okay, and then they walked off together.”

Maybelle and Miles spent the rest of the day enjoying each other’s company.

“They just stayed together,” Burritt said. “Maybelle finally calmed down – she hadn’t eaten much since she’d been there, so they wandered off and they grazed together. Then later that evening, we brought them in, and we kept them always together.” 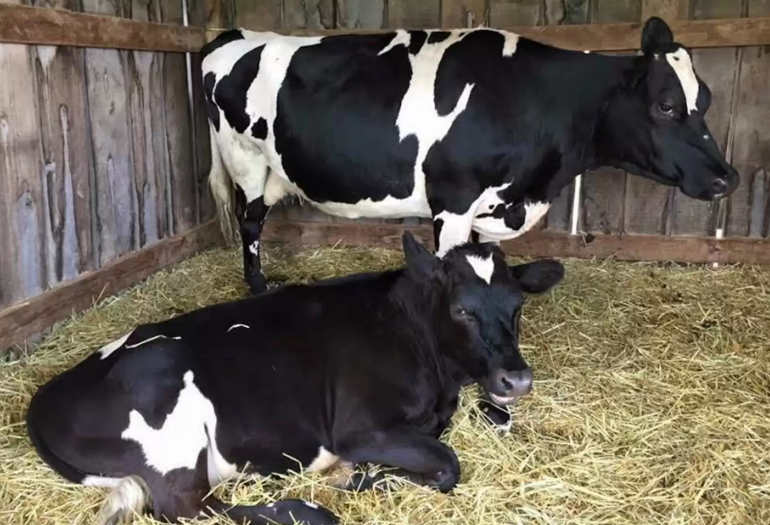 “We put them in the same stall so they could be together and just groom each other,” Burritt added.

But Miles wasn’t the only baby Maybelle got to keep – as it turned out, Maybelle was pregnant when she arrived at the sanctuary.

Miles couldn’t be happier being a big brother.

“They groom each other and they play with each other,” Burritt said. “It’s very sweet. But Eclipse is still smaller, so Miles is very gentle with her.”

“Eclipse constantly watches Miles, and he teaches her how to play and how to be goofy,” Burritt said. “They like to knock wheelbarrows together and just run around the pastures as fast as they can. They’re just like two little kids who love to play.”

For Burritt, as well as the rest of the sanctuary staff, there is no better feeling than seeing this family of three enjoy life together.

“It’s what we want for them,” Burritt said. “We’re working really hard to create a more gentle world, where moms can raise their babies, no matter what species they are, and so their families can stay together – always – just like we do. It’s the greatest gift we can give them, and we’re just happy to be part of it, and to have a place where they can do that and be safe.”