Most of us can agree that protection is just one facet of the relationship maintained between those who live on the streets and their beloved pets. In addition to guarding their owners against danger, dogs also become their inseparable companions. Most people consider dogs to be their only partners in whom they can fully place their trust. And dogs, in return for all the affection and love they receive, give their human friends unwavering loyalty that seems to have no limits.

Surely the world would fall apart for either of them if they were separated and that’s exactly what happened to a homeless man named Jimmy Nicholos and his dog named Boots. 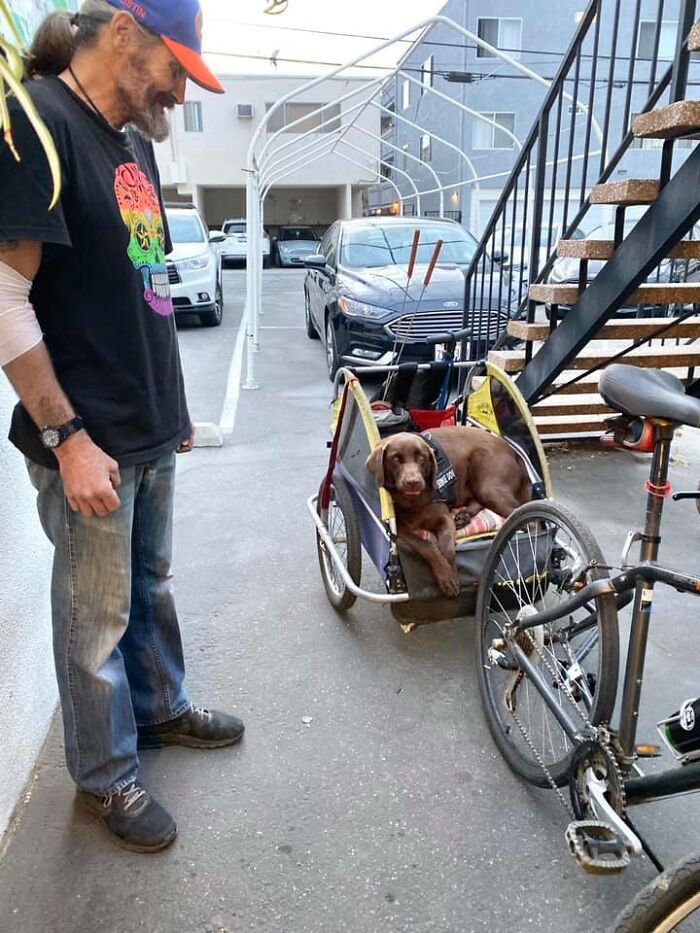 Jimmy was heartbroken after his service dog disappeared on New Year’s Eve in Sherman Oaks. Feeling desperate, Jimmy Nicholos was pleading with the public to bring his best friend Boots back home for a $10,000 reward (which was funded by the public and the Start Rescue Resale Store’s owner where Jimmy worked at) even after the police report was filed. 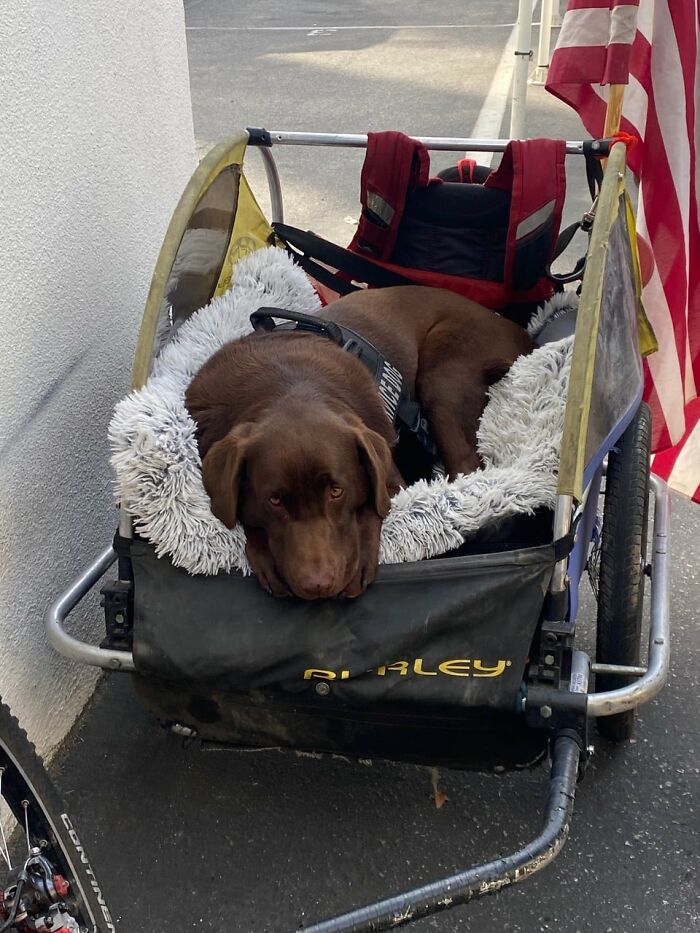 Nicholos is homeless but works part-time at Start Rescue Resale Store, a Sherman Oaks thrift shop that funds pet rescue adoptions outside of Los Angeles. Last year, on New Year’s Eve, a woman walked into the store and offered to groom his dog. Nicholos said the woman had groomed his dog once before, so that’s why he didn’t think anything of it and agreed to let her take the dog.

In a press conference, Jimmy talked about his dog: “He is my baby. I got two kids I never got to raise and when that happened, he was the only thing that kept me sane. He never asked for nothing only a little love. I am at a loss for words.” 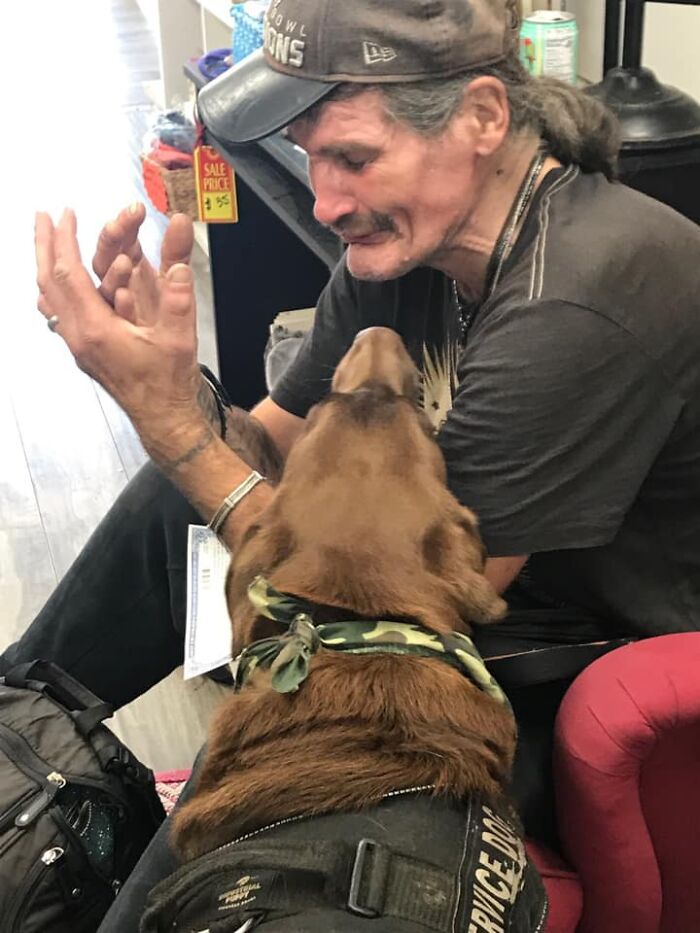