As countless Florida residents evacuated on the heels of Hurricane Irma over the weekend, those on hand to assist in the aftermath were weathering the storm together.

On Sunday, the Fort Lauderdale Police Department shared this touching photo capturing the quiet resolve and solidarity of first responders, human and service animal alike, who put themselves in harm’s way to be there for others in need. In the now-viral image, FLPD Officer Kenneth Somma is seen sleeping in a shelter alongside his K-9 partner, Eddie — hand-in-hand as the powerful storm rages just outside.

The photo includes the hashtag: #WeAreInThisTogether. 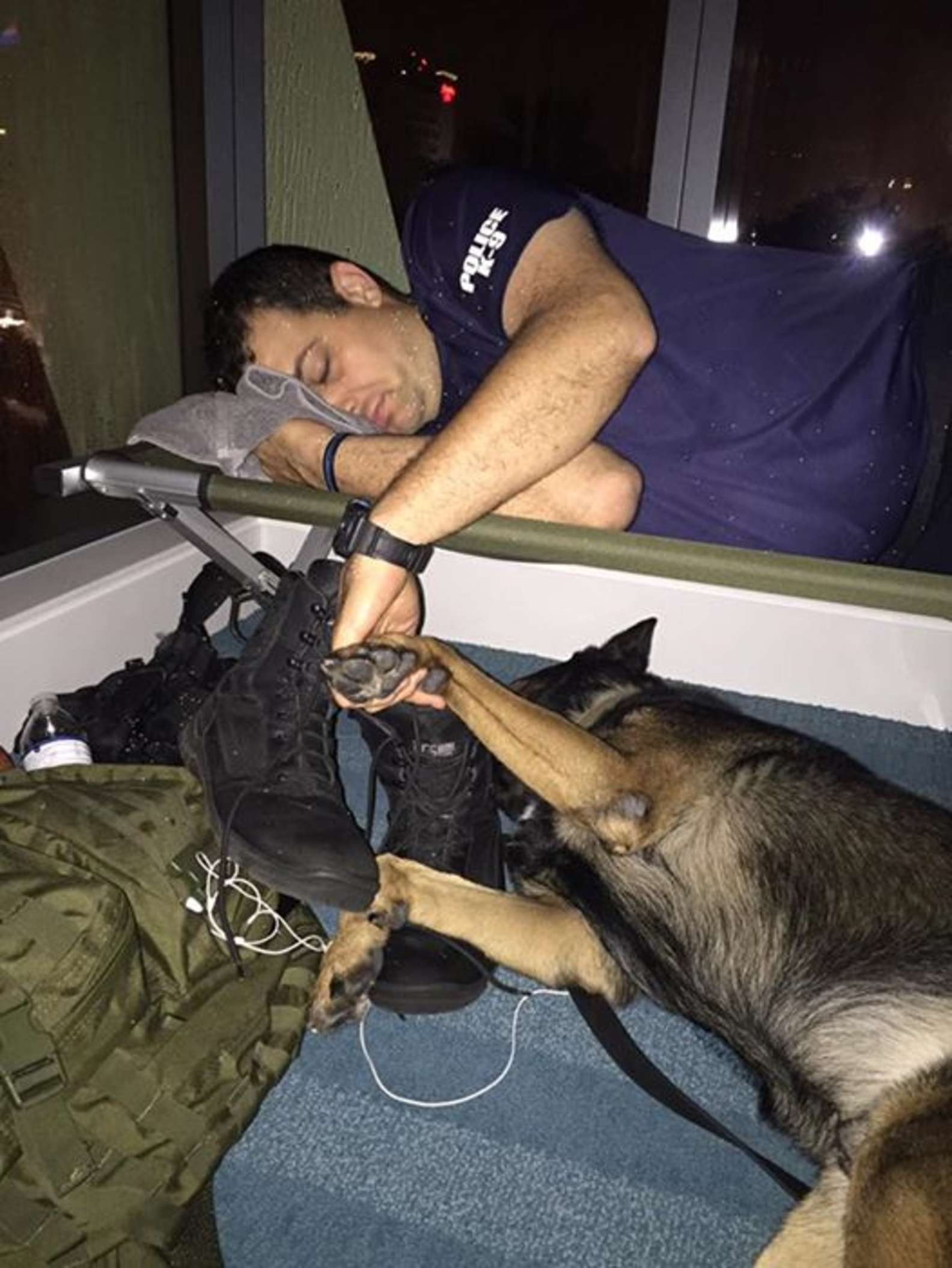 “This photo was taken shortly after Officer Somma and his K-9 Partner were called to their assigned place of shelter during the highest winds of Hurricane Irma,” a police spokesperson told The Dodo. “All of our officers and essential staff are working Alpha/Bravo shifts (12 hour shifts) for emergency response and clean up efforts.”

The image of Somma and Eddie spread quickly on social media, where it has become emblematic of rescue workers’ unwavering resolve in the face of one of the most powerful storms on record. And as is often the case in such moments of crisis, faithful dogs like Eddie are there throughout, playing an integral role in the effort to save lives.