Here’s a story about Woody the fox, and Yaroslav, his loving owner. Woody almost ended up on someone’s collar: he was raised on a fur farm and was destined to be slain for profit. In 2015, Yaroslav showed up and got him out of there. But he didn’t go full vigilante, as in Russia, owning a fur farm is somewhat legal in some places.

But once Yaroslav saw Woody, he just couldn’t let that scenario happen. He talked to the owners of the fur farm and the owners agreed to give the fox to him, on the condition that he’d pay them the price of what they expected to get for his fur. Yaroslav didn’t hesitate, and bought Woody out. 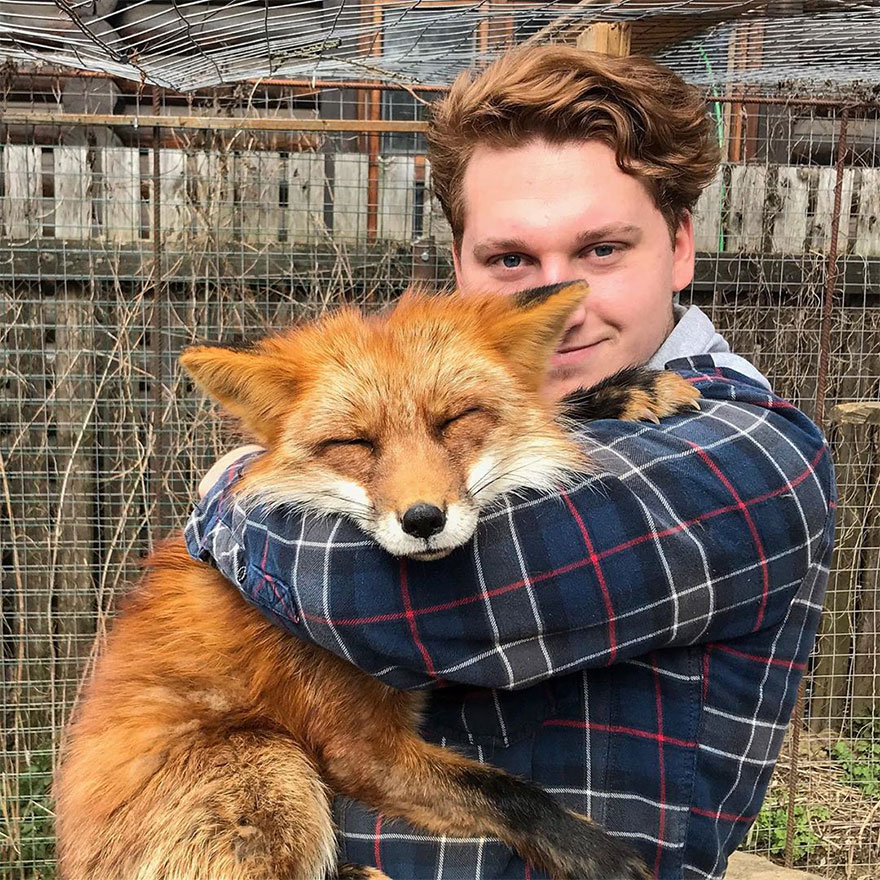 During his first days with Yaroslav, Woody was hesitant and didn’t want to come into contact with any person. Poor guy must’ve been very stressed by the quick shift of his surroundings. But after a week or so, Yaroslav found a common language with Woody, and they started to become friends. The fox spent his first month in Yaroslav’s home due to quarantine, since foxes may carry diseases.

After a while, Yaroslav built a special kennel for Woody to spend his time outdoors. Woody, being the mischievous fox that he is, burrowed many tunnels and got out from time to time. But Yaroslav stressed that Woody can’t sustain himself and live in the woods, since he hadn’t learned all of the crucial skills due to having lived on a fur farm in his formative months. 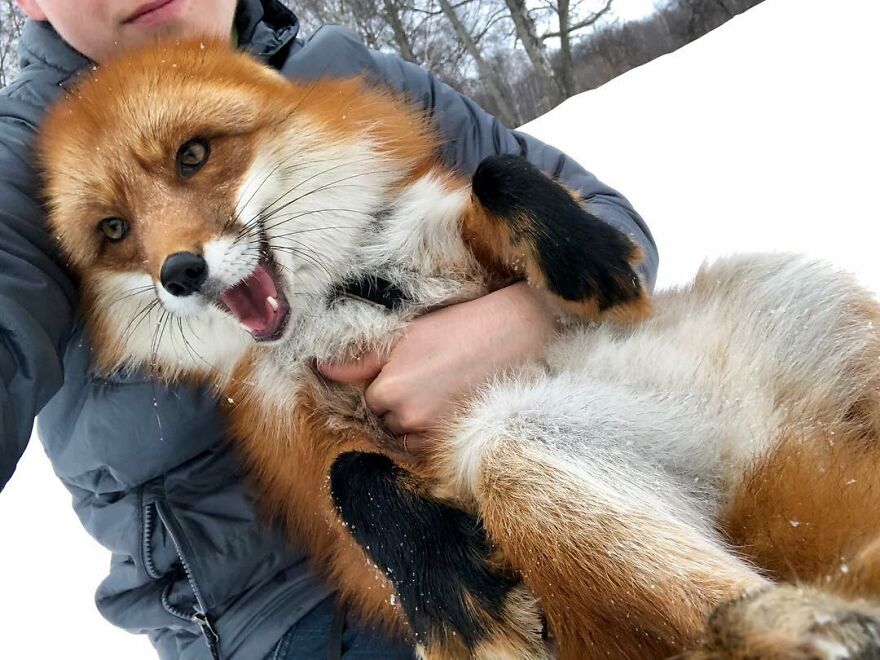 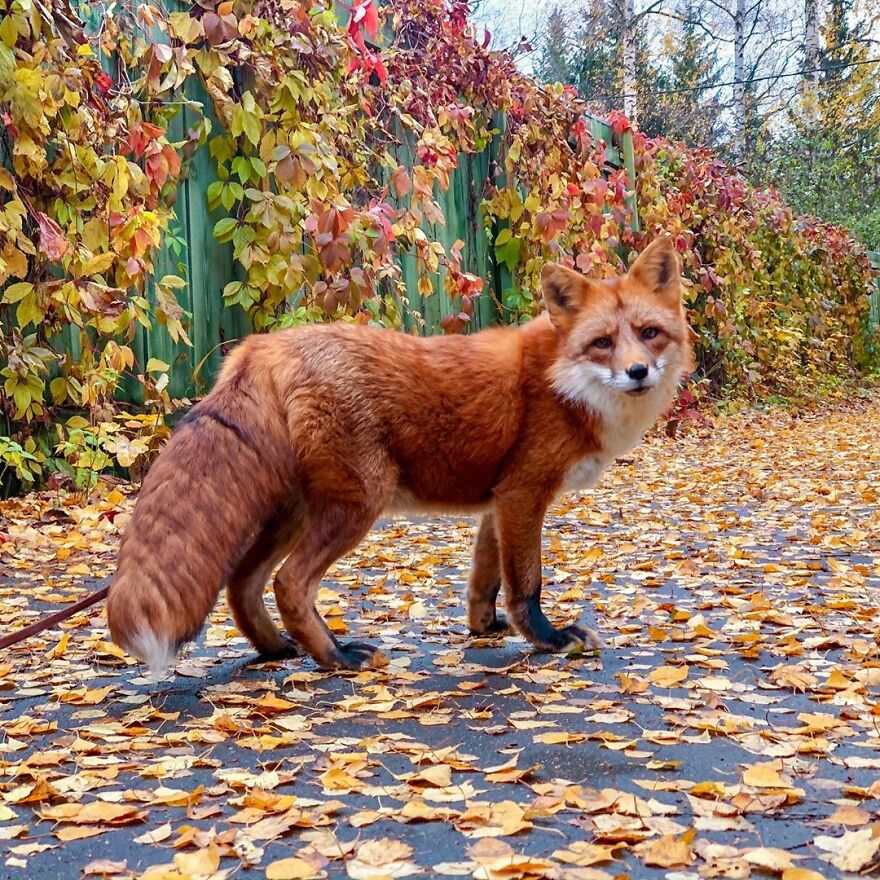 Now, Woody is well-fed and happy with his life. He eats only natural products like meat, cottage cheese, fruits, and vegetables. His favorite food is a fruit called persimmon. It’s important to stress how surprising it is that a fox found a happy life while being domesticated, since they’re not exactly domestic animals in any shape or form. Yaroslav says it’s not as simple as it looks. He says that it’s like owning a disobedient cat and a dog all in one. In any case, Woody and the internet thank him for giving the fox a new life.