In the future, these golden retrievers would most likely be a textbook example of sleepyheads because they literally like to put their heads on each other when they’re sleeping. But, as the saying goes, let sleeping dogs lie. But it doesn’t hurt to take pictures and film them as they do. 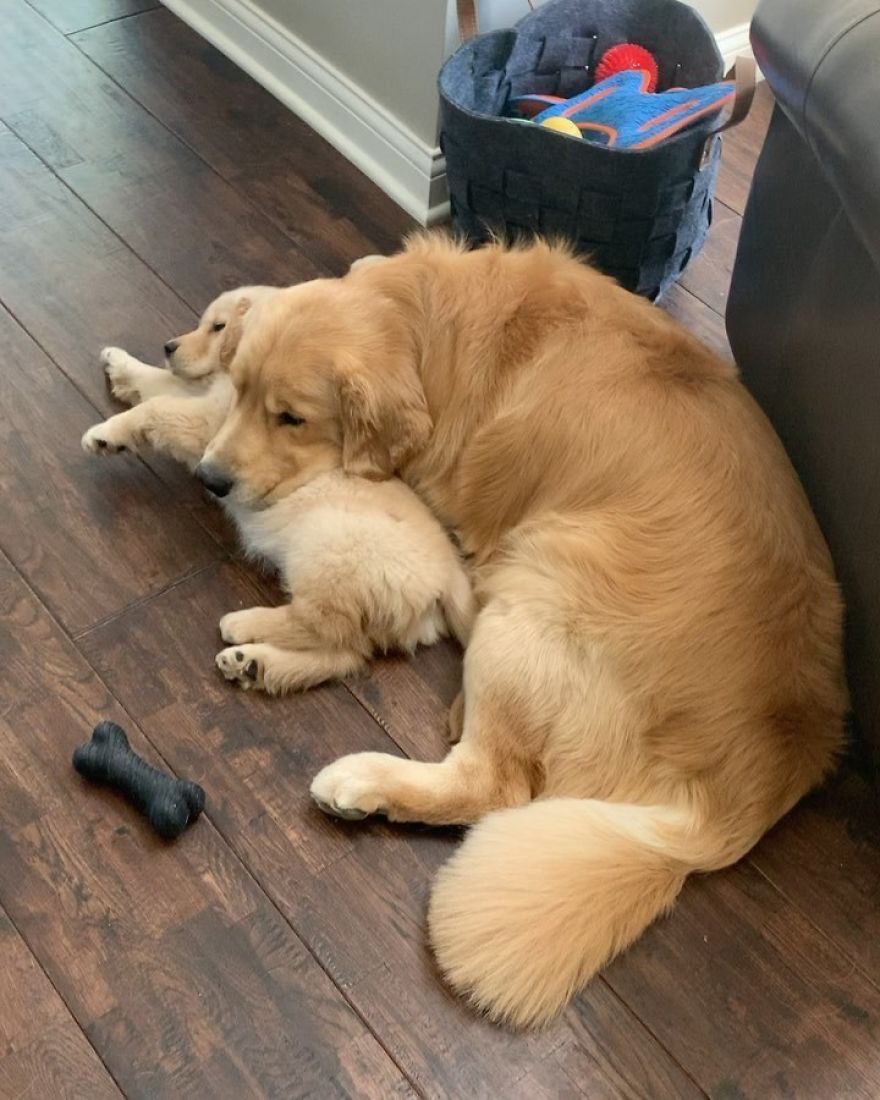 The golden retriever sibling trio Charlie, the light blonde, Bodie, the golden brown, and Riggs, the little one, are retrievers that are also enthusiastic snooze receivers. Charlie is the oldest between the three, aged 4; Bodie is the middle brother, almost 3; and Riggs is a 2 month-old puppy. Their unique trait: they like to use each other as pillows as they snooze.

Golden retrievers are known for their good-natured, smart, and friendly characteristics, but not for their snuggliness. Judging by all of the evidence, Bodie seems to be the biggest advocate for making pillows of his brothers, but the others seem to have borrowed this pleasant habit as well. 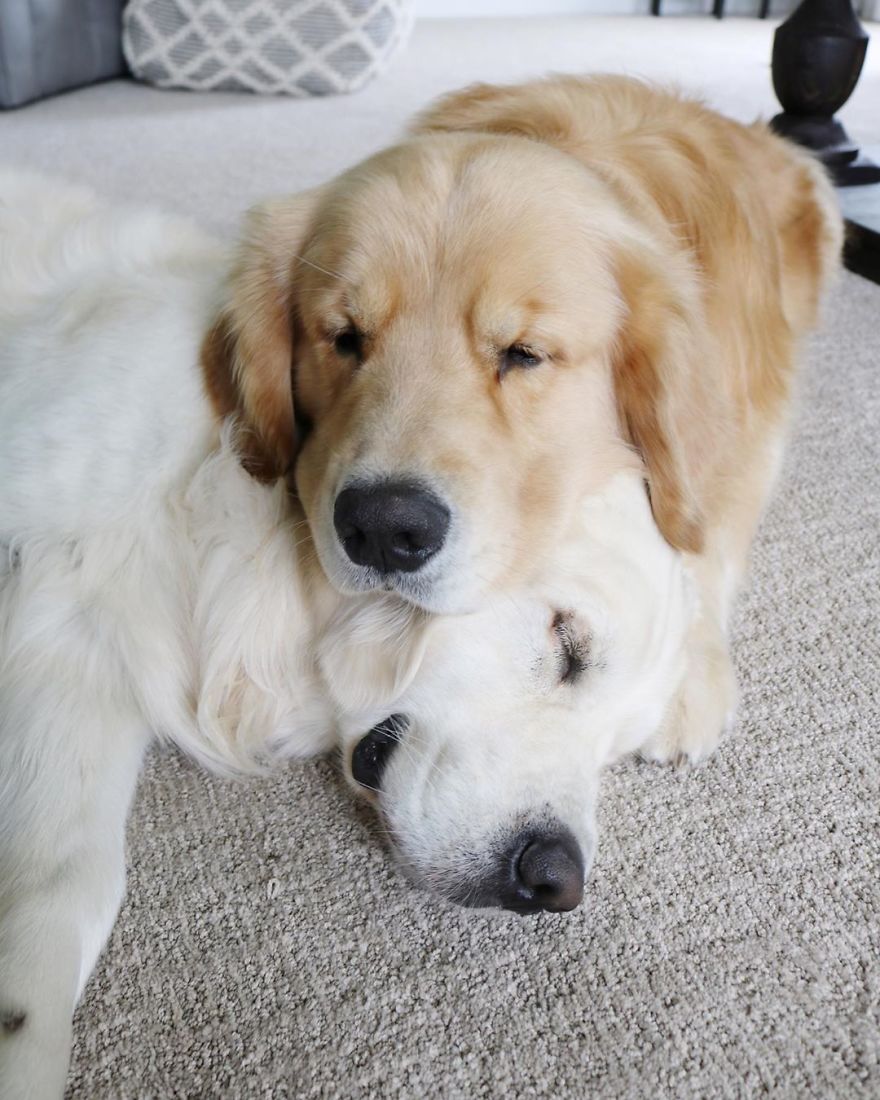 Dogs don’t just sleep together so that their owners can take cute pictures. From an evolutionary viewpoint, dogs are pack animals, so being close to their littermates makes them feel warm and safe. Even when they get older, they still don’t usually kick the habit.