Meet big brother Blue and his sisters Meadow and Little Willow, a family of three blind cats that just got adopted by the new head of the family Catherine Magno. 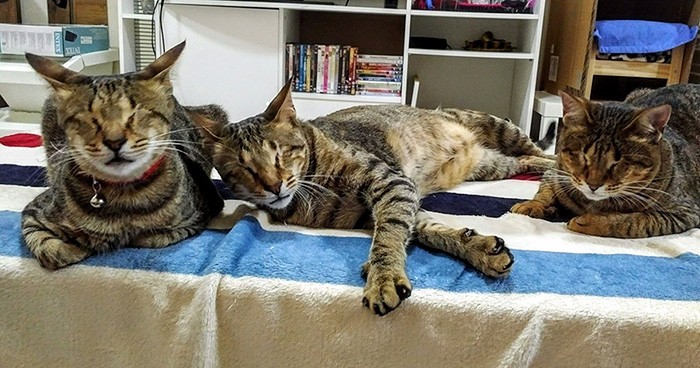 Their story starts just before the Christmas of 2014 when the kittens were found in an abandoned warehouse in Dubai. By then they’d already lost their sight due to a cat flu that was left untreated by their previous owner. After that came a stretch in a foster home. At some point, brother Blue almost got adopted by the previous owner’s neighbor, but the poor confused kitty couldn’t bear living without his sisters and cried all night while searching for them. Soon they were all reunited in the foster home until the fateful night of 19 February 2015, when Catherine took them under her wing.

“I had zero experience having adopted my first ever rescue kitten just a couple of months prior,” Catherine told Bored Panda. “But their story touched my heart so much that I couldn’t bear the thought of them put in a cage at vet facility indefinitely or even worse.” 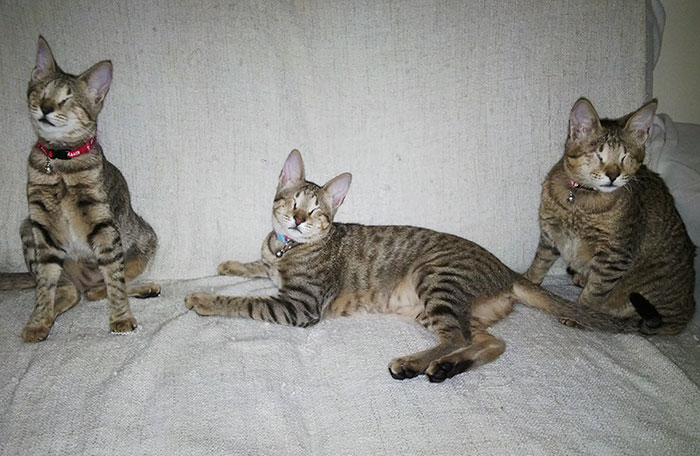 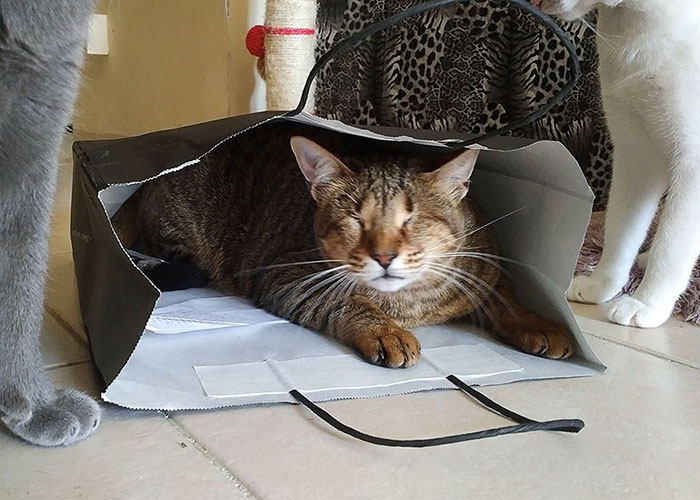 Catherine was worried about the special needs of her new pet friends: “My perception was that it’s going to not only be challenging but will also require a lot of adjustments on my part,” but apparently it wasn’t that much different. “The only adjustment early on was keeping everything where it was but they are remarkably adaptive.” And as she wonderfully put it: “Blind pets see through their hearts.” 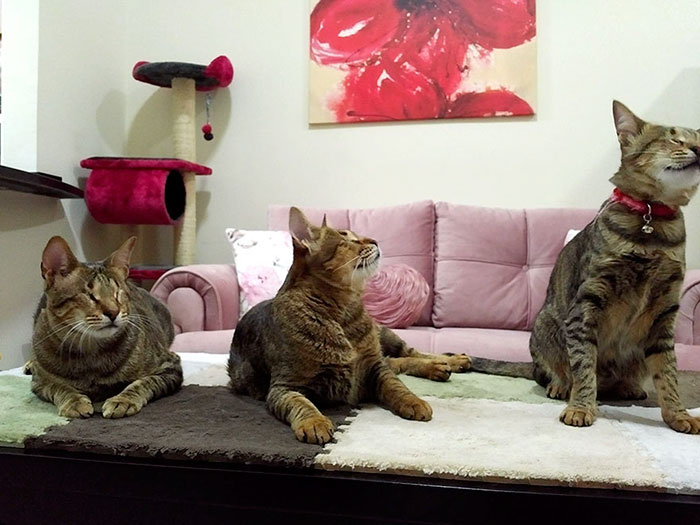