Remember Harlow, Indiana, and Reese, the adorable doggy trio that we wrote about last year? Well, we thought it was about time that we caught up with the canine critters to see how they were getting along. And as you can see from these pictures, it looks like they’re doing pretty well! 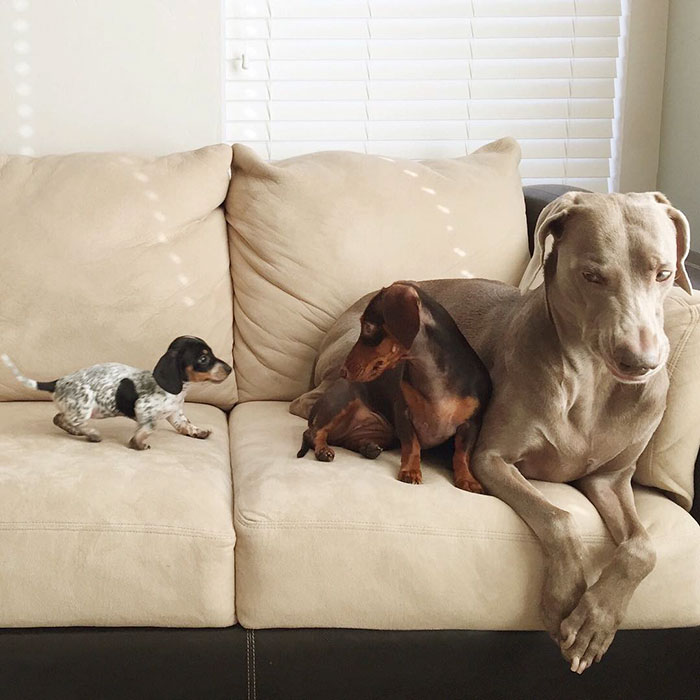 Harlow (the Weimaraner) adopted Indiana (the brown Dachsund) in 2013 after Harlow’s best friend Sage passed away. A year later the two adopted Reese, also a Dachsund, and the duo have been inseparable ever since. 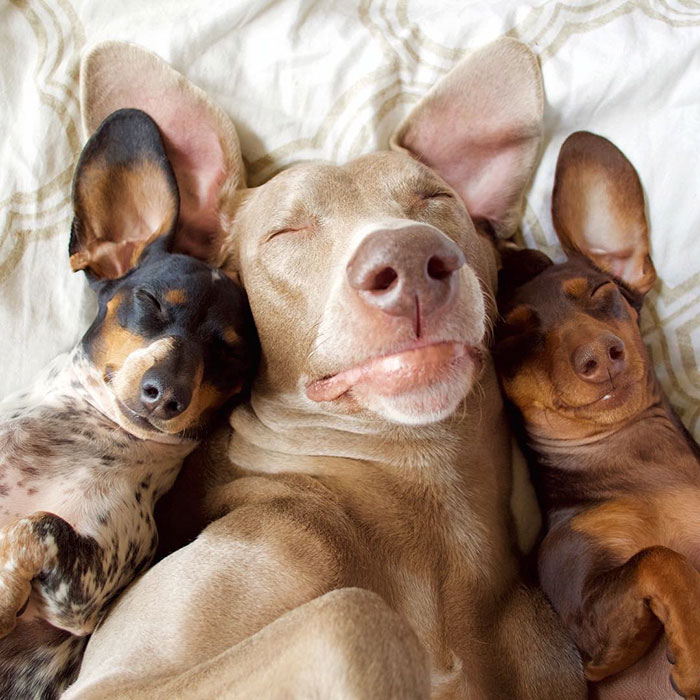 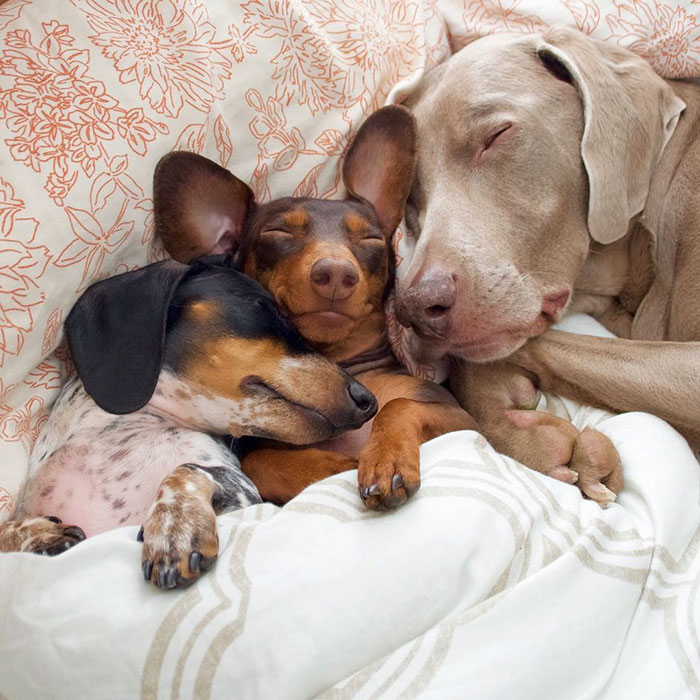 Harlow and Indiana were pretty popular on the internet already, but the arrival of Reese has catapulted them into a whole new world of internet stardom. The three of them have one million followers on Instagram and over 250,000 fans on Facebook. They even have their own book on Amazon! It doesn’t take a genius to figure out why these guys are so popular though. Just look at them! 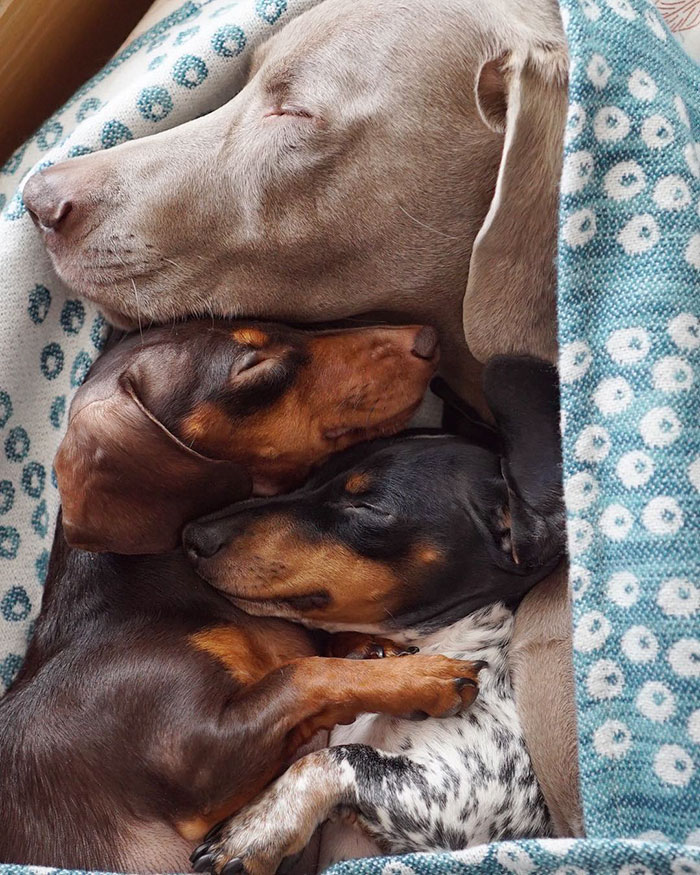