Derek Krahn, a director for a non-profit big cat sanctuary he runs in Texas, recently had a priceless reaction when his domestic kitty Baggy challenged a lion named Noey. Of course, the two felines, one large and one small, were separated by a wire fence, but the tiny fellow still proved that if you’re brave and courageous, size doesn’t count.

The video went viral, partly due to Krahn’s reaction. “Baggy,” her owner called out. “You will lose!” 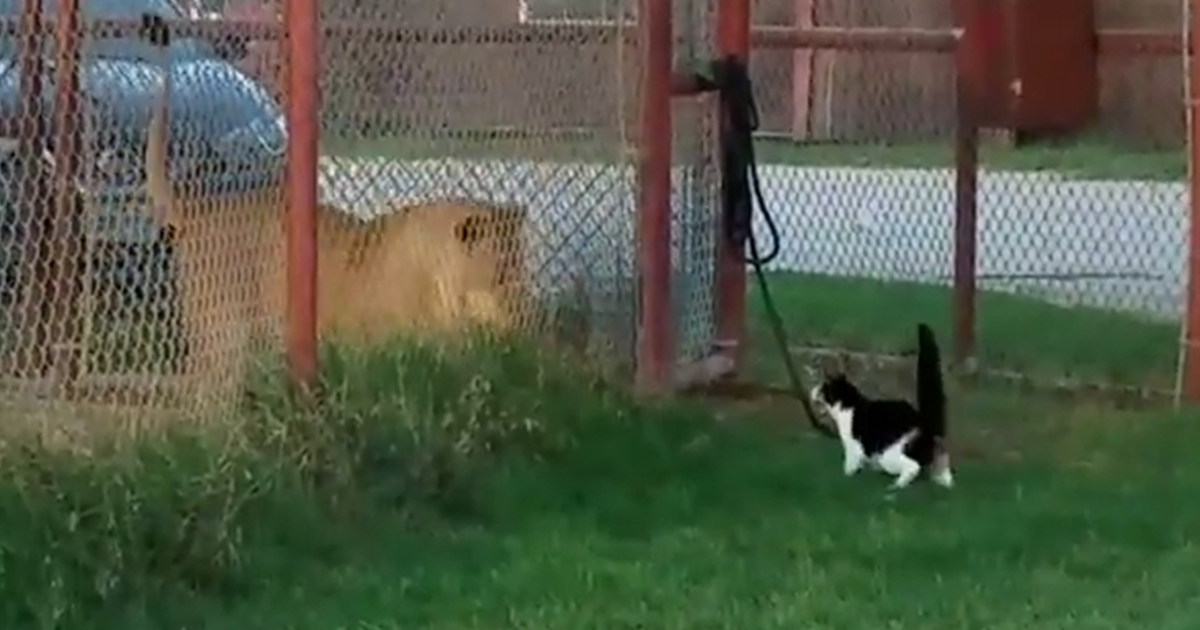 But Baggy wasn’t listening, and just went for it. So, if you need to muster up some courage in your life, just come back to this video. Besides, both kitties have the DNA of the big cats, so why can’t a domesticated cat have the heart of a lion?

Don’t worry, though, because the war between the two cats is over. “Baggy the housemeow has always been a tough little cookie, but I never thought she was this degree of crazy,” commented the kitty’s owner. “All is well, everything settled, and her and Noey (the lion) are back on speaking terms.”