Dan Alpiner is a helicopter pilot who has been assisting in the fight against the huge Creek Fire in central California.

Alpiner received a magnificent reminder of whose environment he and other fire personnel have been fighting so hard to rescue the other day, while pouring bucketload after bucketload of water on the wildfire.

Alpiner was hovering in his helicopter approximately 200 feet above the ground, about to drop a bucket of water on the fire, when he observed a brief movement from an open side window.

Alpiner told The Dodo, “I noticed this flutter out of the corner of my eye.” “A bit scared, I looked over, and we locked eyes.”

Amazingly, a wild owl had flown onto the plane and landed on the seat next to Alpiner.

Alpiner explained, “He just sort of relaxed down.” “I was completely taken aback. He seemed really pleasant, as if he just wanted to say hello.” 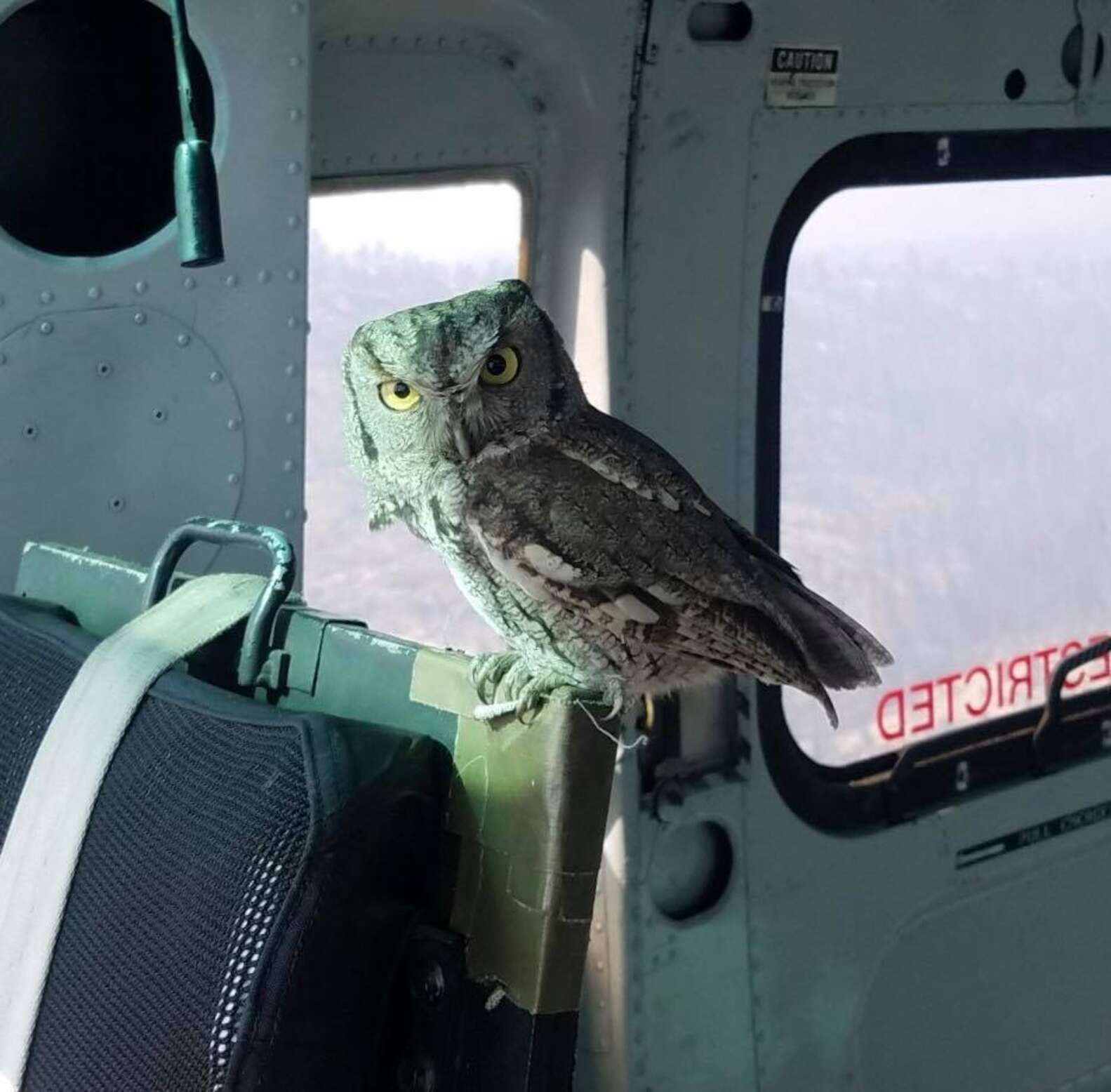 Alpiner went about his business as usual, telling his new copilot, “Well, let’s go do some work here, buddy,” as he continued to fight the fire.

For two refillings and drops, the owl stayed at Alpiner’s side. He then flew out the window, landing not far from where the chopper was when he entered.

Alpiner isn’t sure what to make of that incredible meeting, but he’ll never forget it.

“I’m still trying to make sense of it. It was surreal, to say the least “Alpiner said. “It was truly one of those once-in-a-lifetime experiences.”