A little wild family would have been permanently torn apart if some nice people hadn’t stepped in — just in time — to help.

Sugarcane farmers were finishing up a long day’s work harvesting the fields in Maharashtra, India, when they discovered a tiny bundle of fur lying on the ground. 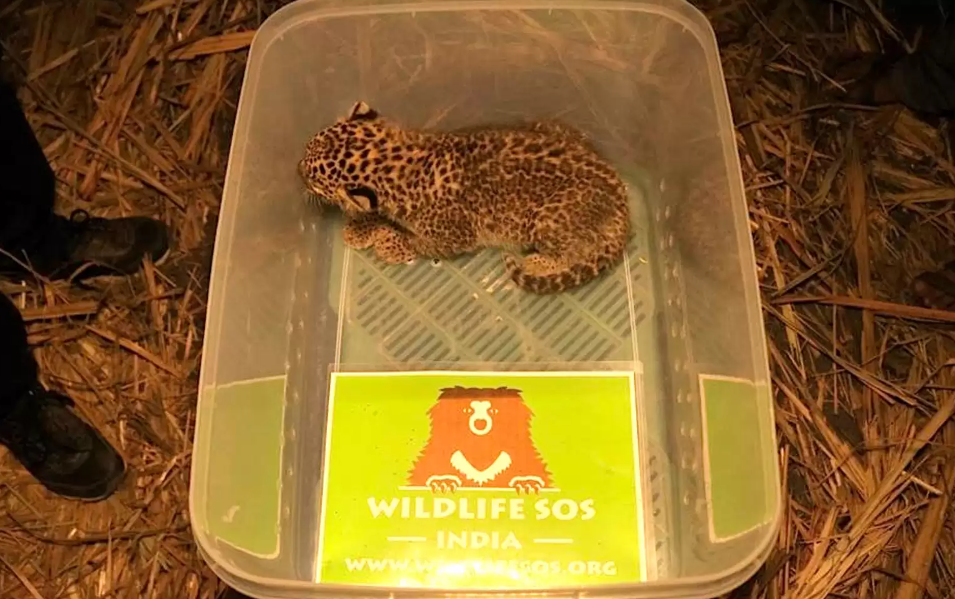 The beautifully spotted bundle was a leopard cub, just about 2 months old, and, worried for the baby’s safety, the farmers knew just what to do: They contacted a forest officer and a rescue team from Wildlife SOS headed to the fields.

It’s not uncommon for leopards and people to come in contact in that region, since farms and cities overlap with leopard habitat.

“Expanding farmland and depleting forests have led to a manifold increase in man-leopard conflict in the area,” according to Wildlife SOS, an organization that assists in many rescues of native wildlife in the region. 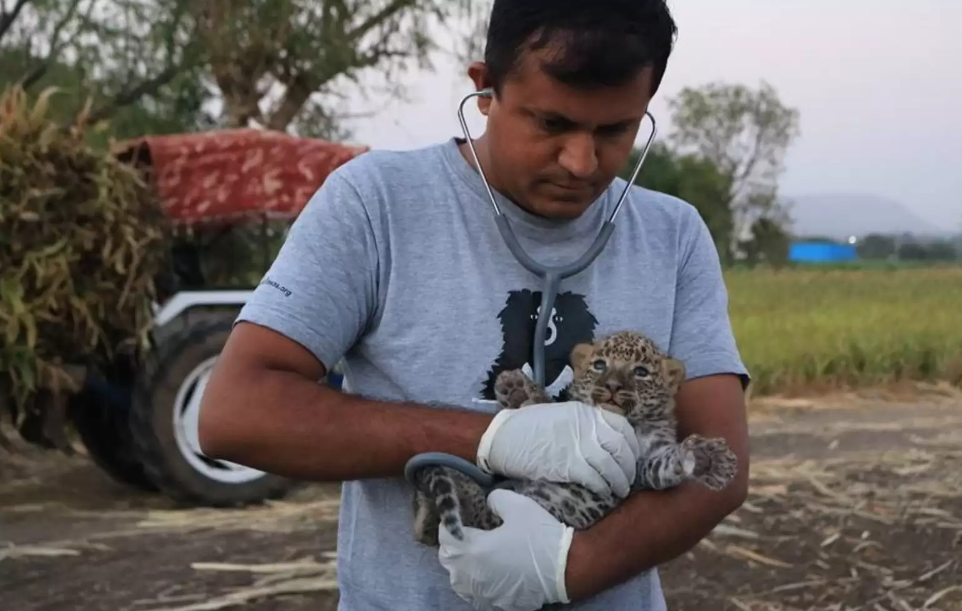 “The number of leopard sightings and conflicts increase during the pre-harvest and harvest season, because the dense and tall vegetation makes for a convenient shelter for the leopards to breed in and nurture their cubs,” Kartick Satyanarayan, cofounder and CEO of Wildlife SOS, said in a statement.

Knowing that every moment the cub was separated from his mom would only make the mother leopard more stressed and agitated, the rescue team worked swiftly to ensure the cub’s health before figuring out a plan to reunite the pair. 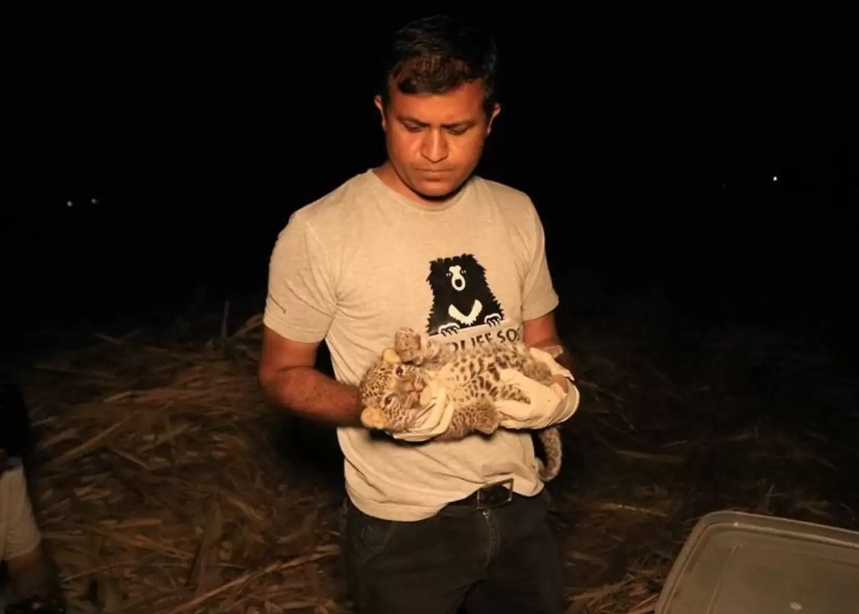 Once they figured out a good spot to place the cub, the team set up a hidden camera so they could see if the mother came back to the area for her cub.

Sure enough, under the cover of night, an adult leopard was spotted searching the area.

“At around 9:30 p.m., a leopardess finally emerged from the neighboring forest,” Deshmukh said.

The footage shows the leopard suddenly pause when she realizes something is in the plastic box on the field.

In a movement typical of all kinds of cats, she did what she felt best to do: Knock the box over.

That’s when the top tumbled off the box and the cub started to inch his way out of it.

Both leopards seemed a little startled at encountering each other — and then it became clear just who each of them was. 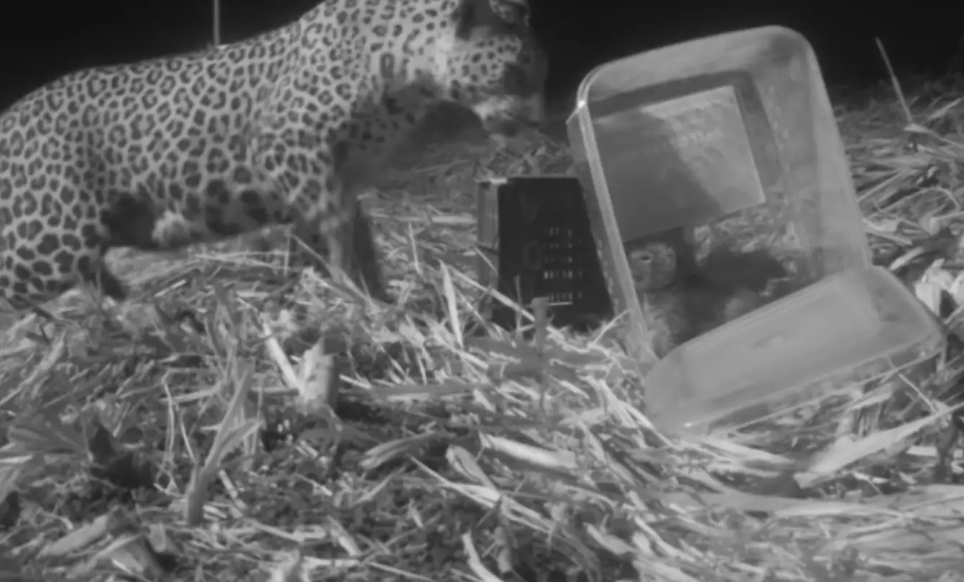 The mother leopard then secured her cub in her mouth and carried him back into the woods with a little prance in her step.

“We could only imagine her relief on finding her young one safe and sound!” Deshmukh said. “Rescues like this hold a very special place in our hearts as it is immensely rewarding for us to know that this cub will now continue being raised in the wild by his mother and thereby have a good chance at a free life in the wild.”