Meet 11-year-old Hamdü Sena Bilgin and her dog Tomi, who just became heroes after saving a mother goat and her baby. The girl lives in a small village outside the city of Rize, in Turkey. Her family runs a small farm where they raise goats for their milk. Hamdü Sena, along with Tomi the dog who is always by her side, are goatherds – they protect and guide the animals. 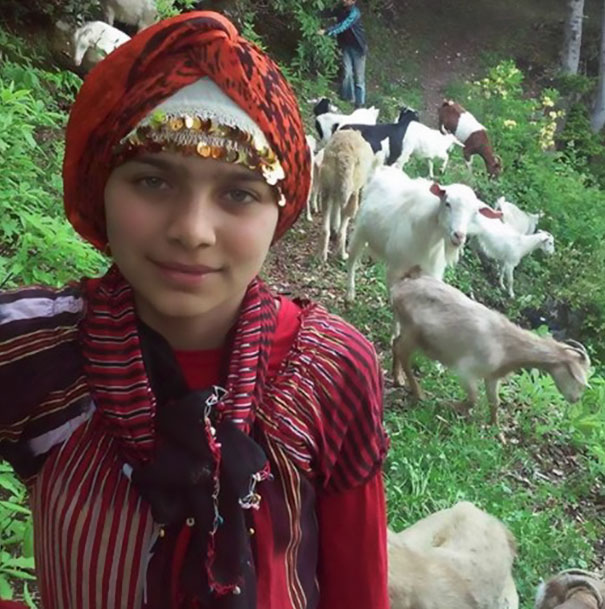 One day when she was herding the sheep on a snowy hillside far away from home, the girl found one of the animals in labor. Hamdü Sena was afraid that the goat and her baby would be too weak to make it back on their own, so she did something really clever. 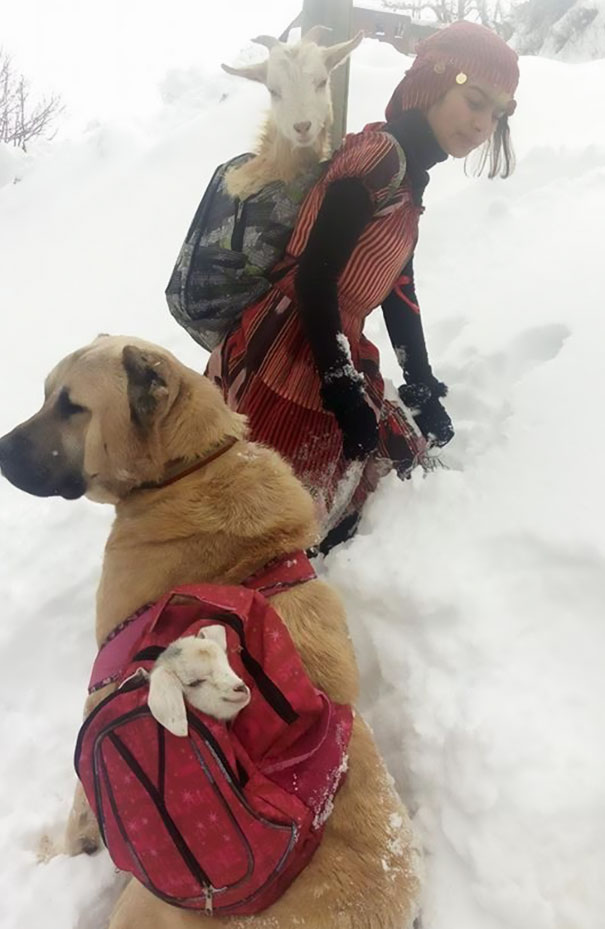 “After the goat gave birth, I led the rest of the herd back to the farm,” Hamdü Sena told The Dodo. “Then I grabbed two backpacks from the house and went back to the goat and her baby with Tomi.” The girl took the mother goat on her back, and put the baby in Tomi’s backpack. They safely returned them home. The pictures were taken by the girl’s 15-year-old brother. 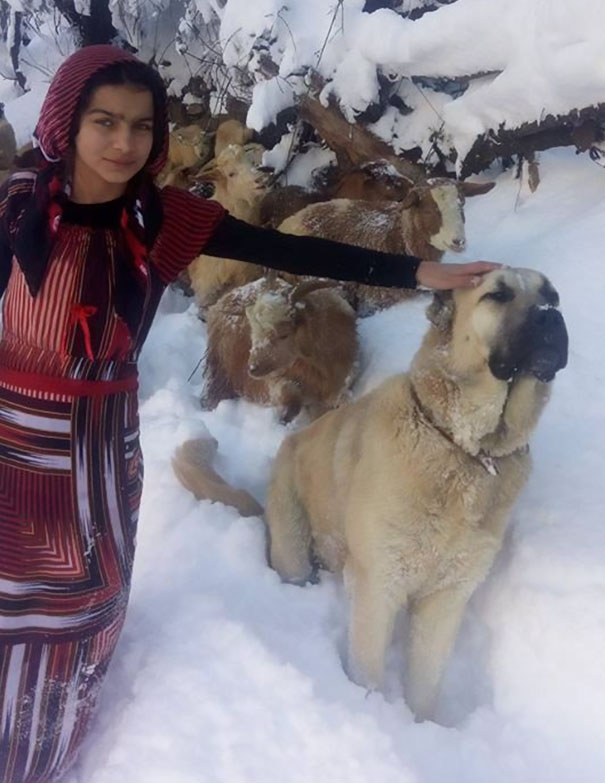 Hamdü Sena modestly commented: “The snow was so thick, I was exhausted,” she said . “But it was worth it.” The story went viral, with people all over the world praising the girl, saying she embodies love for the animals. 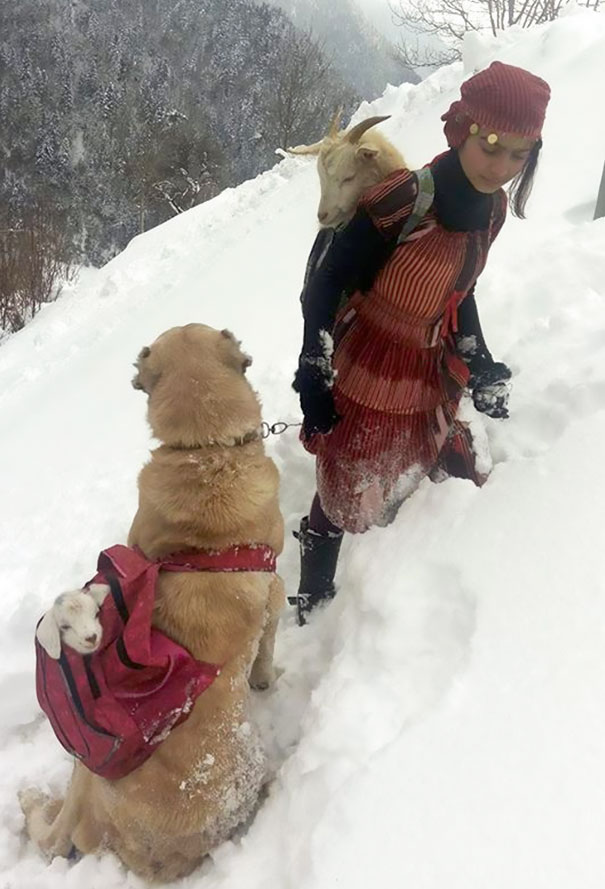