A stray dog named Blue had come up at a stranger’s house, asking for a secure place to rest, according to the Washington County Animal Shelter. The pit bull mix was picked up by an animal control officer and taken back to the shelter.

Blue had been on the streets for an unknown amount of time, yet he seemed to adore every human he met. 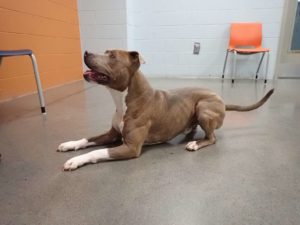 Tammy Davis, the shelter’s executive director, told The Dodo, “He was a happy-go-lucky dog.” “At first, he was a little hesitant, and he didn’t like being among all the other dogs, but he was highly affectionate to people and very kind to the staff.”

The shelter had to close its doors to the public because to the COVID-19 outbreak and only accept visitors by appointment. Blue languished in his kennel for months due to the reduced foot traffic, which turned out to be a blessing in disguise. 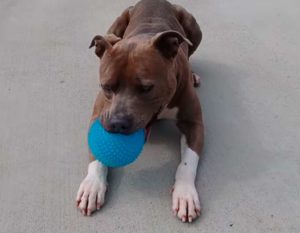 The shelter posted a video of Blue playing with his favorite toy on their Facebook page to introduce Blue to some potential adopters. “That’s my dog,” read a comment on the video shortly after.

Blue had been missing for six months from his Tennessee home. His father searched for him tirelessly, but he eventually had to relocate to Texas for work. He thought he’d never see his dog again until a friend sent him a Facebook video of Blue.

The only thing left was to see if the man claiming to be Blue’s owner was telling the truth: “Blue’s favorite toy in the shelter was a blue squeaky ball, and he was playing with that ball in our video,” Davis added. “When we first approached the owner, he answered, ‘Yes, I have pictures of my dog.’
He showed us photos of Blue at home, playing with the same blue ball that was his favorite toy at the time. It was insane.” 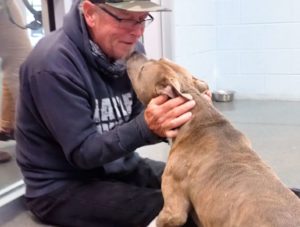 Blue’s father traveled 1,200 miles to see his son, and the reunion was all they had hoped for. 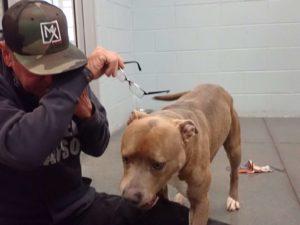 “It was clear that the dog and the person had a bond,” Davis added. “Blue was stunned for a single second, as if to say, ‘Am I believing my eyes?’ Then it was just kisses all over the place, and the man was crying, it was fantastic.” 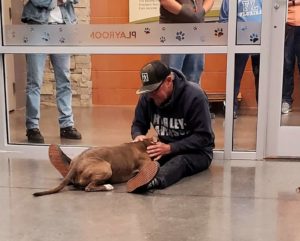 You can watch the heartwarming reunion here:

Now that Blue has returned to his father, the two are embarking on a new life in Texas, full of love, snuggles, and squeaky balls.
“We wish that every animal could have a happy ending like that,” Davis said. “It makes all of our hard work worth it to be able to have moments like this.”