A dog who was tied to a bike and forced to run for so long that she collapsed is now in safe hands. The white Pit bull, now named Penelope, was not only dragged by the cruel men, she was also allegedly beaten when she didn’t get up and left to die. She was saved by Good Samaritans who rushed to her aid and called Detroit Dog Rescue (DDR) for help. 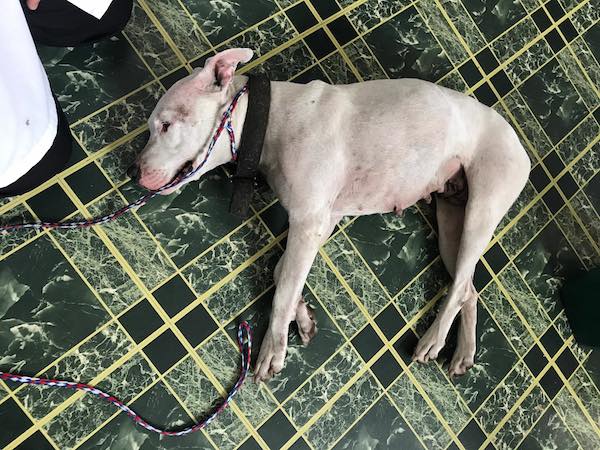 When Detroit Dog Rescue picked her up they rushed her to the vet. “She has bruises on her, is completely dehydrated, and seems to be giving up. We are getting fluids in her now and learning more about her story,” the animal rescue group wrote on Facebook June 23, 2017.

“She is fighting, but being thrown every obstacle in her path,” the group said after learning that Penelope also had an infected uterus and was heartworm positive. “She’s exhausted after being forced to run until she collapsed, allegedly beaten, and left for dead.” 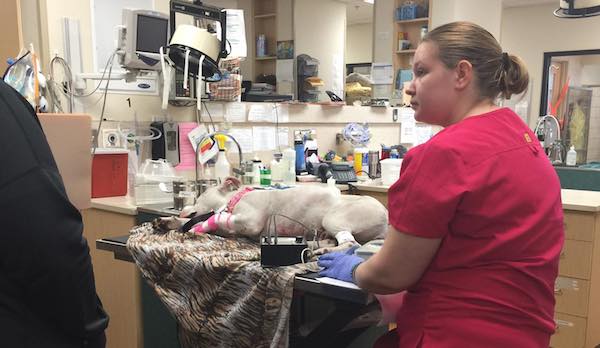 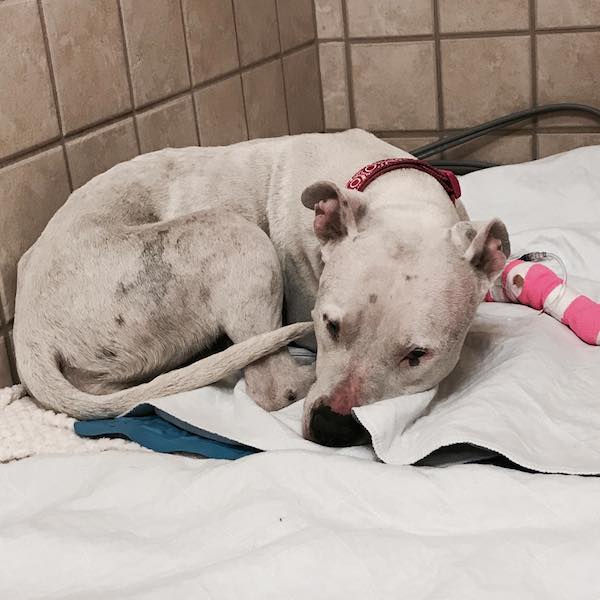 “Penelope has been forced to have so many litters of puppies, in such a short amount of time, and there are major concerns about her uterus,” Detroit Dog Rescue explained. “It’s very possible that she will be going into surgery to correct the neglect she’s received her whole life. Heartworm complicates things immensely, so our team of doctors and Kristina made the decision to go ahead and do an echocardiogram today. We will keep everyone updated.”

It’s likely Penelope was used as a breeding dog by a backyard breeder, or perhaps dog fighters. 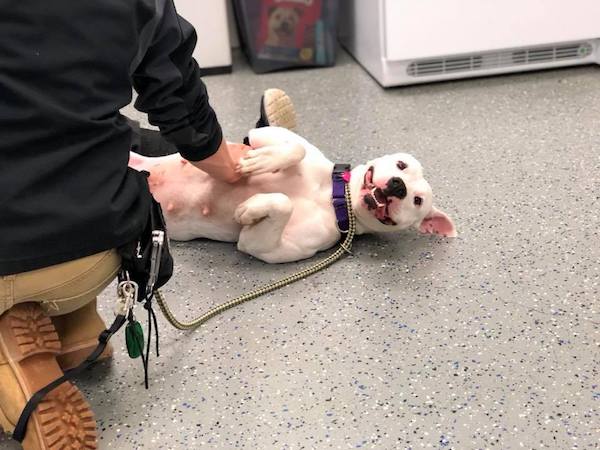 After a weekend in critical care it appears that Penelope is almost ready to leave hospital and go into foster care. Detroit Dog Rescue workers and volunteers will also be investigating in hopes of finding the men who reportedly abused Penelope. Anyone with any information is urged to contact the rescue.

DDR said, “She has a long road ahead of her, but we are so proud of the strength and determination she continues to display.”