Meet this adorable rabbit named Mr. Bigglesworth. He is such a cutie and was adopted by a woman named Cassandra Hall from Victoria, Australia. 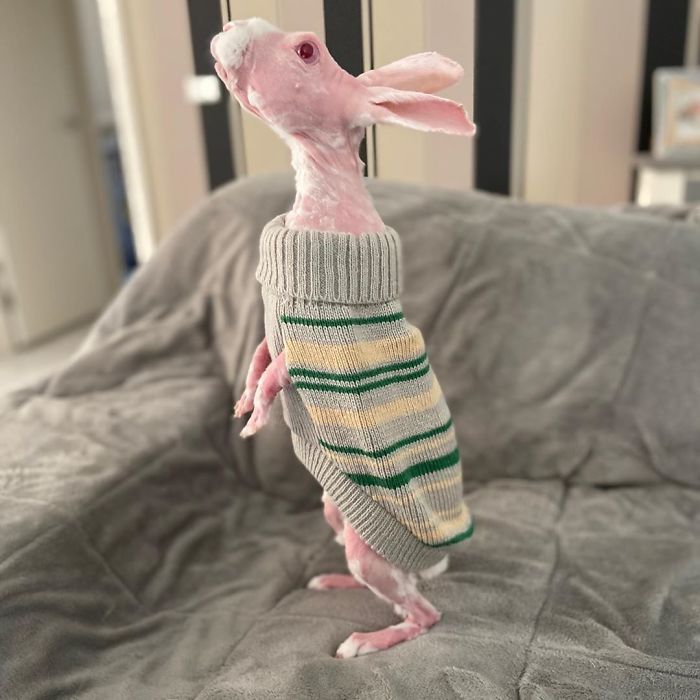 Woman found out that Mr. Bigglesworth is hairless because it has a genetic disorder. But she didn’t care. She loved him. 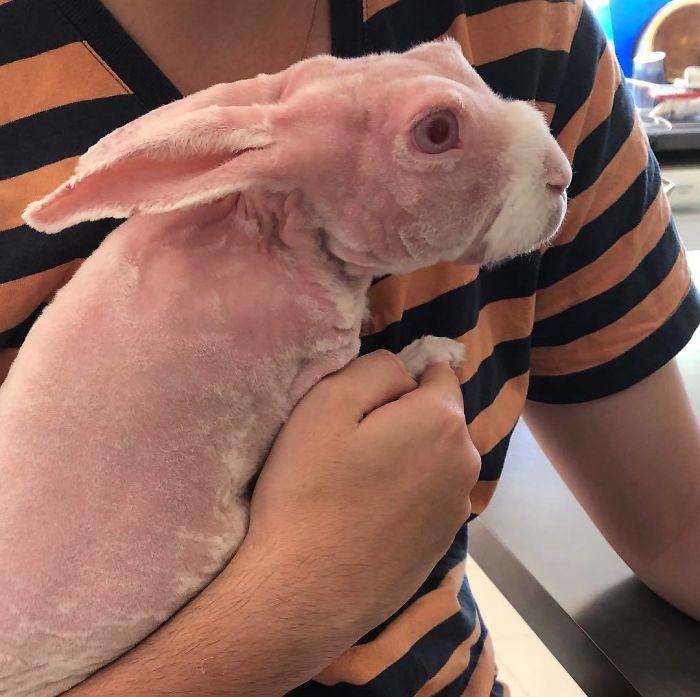 Turns out, if two rabbits are with and both of them have the ff gene (hairless gene), they will produce a hairless baby in every litter.

He is super healthy and it living the best life. 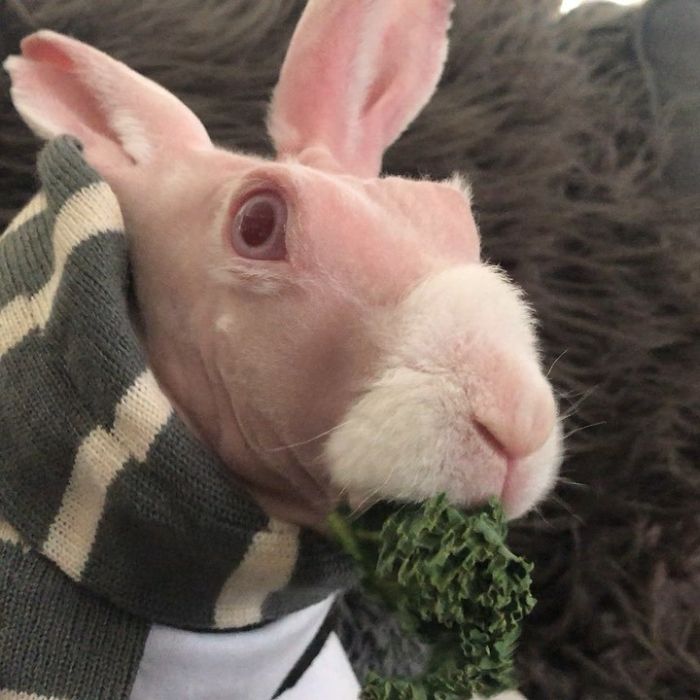 Also he eats a lot, more than a rabbit of his condition should eat. 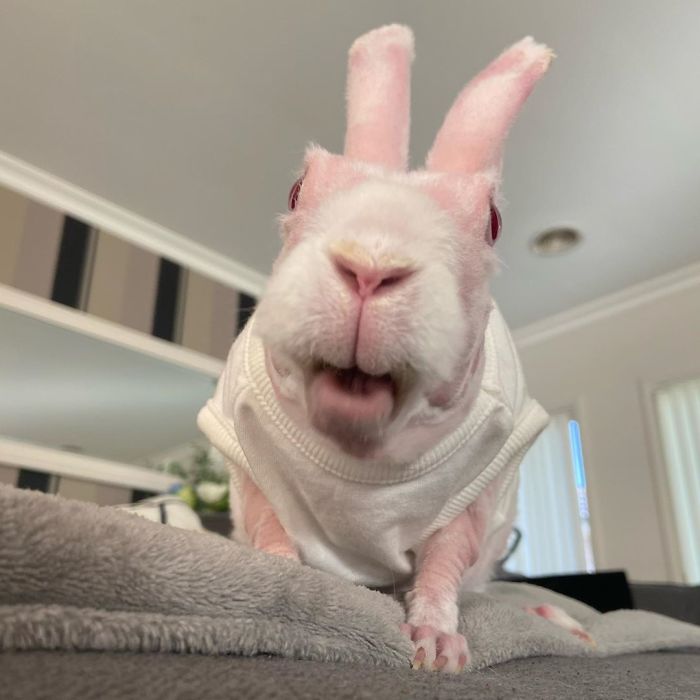