The baby orangutan wrapped his arms around his mom and held on tightly — he refused to let go, no matter what happened.

This past week, farmers in West Kalimantan in Borneo, Indonesia, got in touch with the team at International Animal Rescue (IAR) about some orangutans who were raiding their crops. The farmers asked the IAR team if they could relocate the animals. 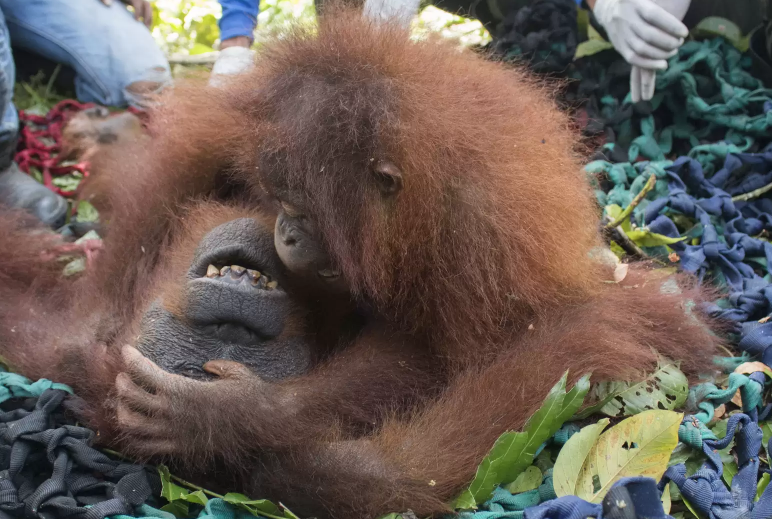 In West Kalimantan, large swaths of natural forest have been cleared to make way for palm oil plantations and other kinds of farms, which has made it increasingly difficult for orangutans to find food. As a result, orangutans often venture onto farms to feed themselves and their families.

But this can lead to trouble. Farmers often shoot orangutans when they steal their crops, or even beat or drown the animals.

Once the rescue team arrived, the farmers pointed out two orangutans who’d been eating their crops — an adult female and her infant, whom the team started calling Mama Ris and Baby Riska.

The rescue team worked to swiftly relocate the pair. First they darted Mama Ris with a sedative, and when she fell from the tree she was in, they safely caught her in a net. 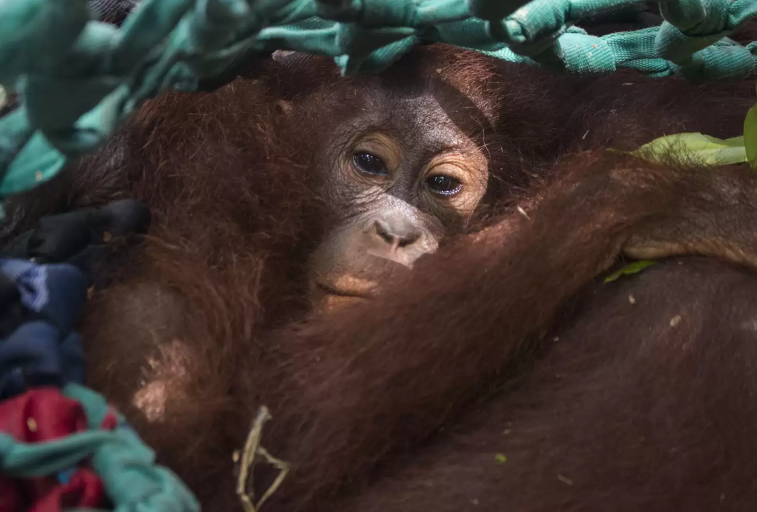 “The baby clung to her mother the entire time, as they do naturally for comfort and protection,” Lis Key, PR and communications manager for IAR, told The Dodo. “It is very poignant because our team so often has to deal with baby orangutans who have lost their mothers. Seeing Mama Ris and Baby Riska together really brings it home what a strong bond there is between mother and baby, and how traumatic it is when that bond is severed.”

While Mama Ris was sedated, the team performed a medical examination on her and her baby, who both appeared to be healthy. Then the IAR team moved the pair to a safe location deeper in the forest.

“In their new home they will have shelter, a plentiful supply of food and live far from human settlements, out of harm’s way,” Key said. “The mum took straight to the trees with her baby clinging to her. Once they were up off the ground, as orangutans should be nearly all the time, they looked comfortable and at ease in their new home.” 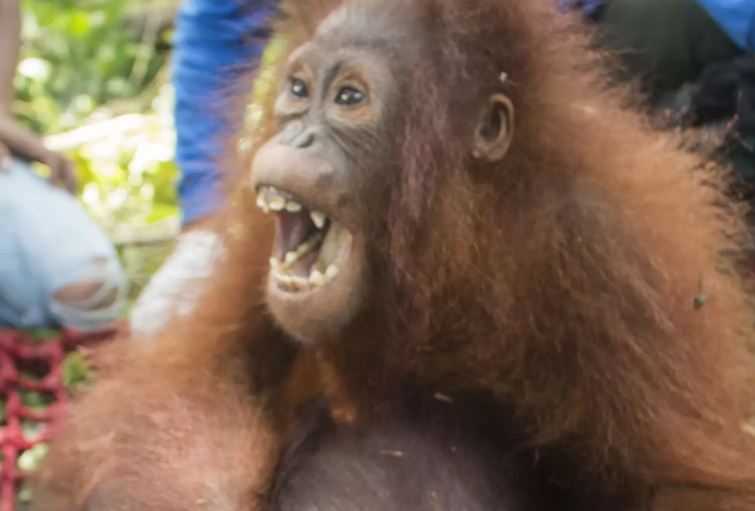 While this rescue mission was successful, other orangutans are not so lucky. Not only is it common for farmers to kill orangutans, but locals often keep orphaned baby orangutans as “pets.” But when people tire of their pets, they lock the baby orangutans up in wooden boxes or tether them with chains — and they often remain like this for years.

“I applaud everyone involved in the successful translocation of this mother and baby out of harm’s way and into a safe, protected forest,” Alan Knight, CEO of IAR, said in a statement. “In the past we have witnessed the often deadly outcome of human-orangutan encounters and that is why we are forced to step in whenever such a potentially dangerous situation arises.” 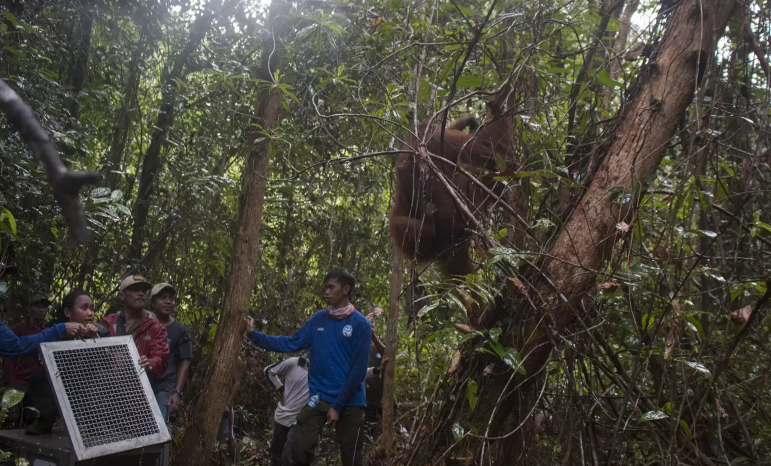 Of course, relocation is only a temporary solution, according to Karmele Llano Sanchez, program director for IAR. The real way to help orangutans is to protect the forest where they live, so they’re not forced to wander into plantations to find food. It’s also important for locals to learn to live alongside orangutans.

“Our hope is that people and orangutans can live side by side without harming each other,” Sanchez said.