Coyotes are known as clever and vicious wild animals, but photographer Pamela Underhill Karaz, who lives in a rural area in upstate New York, captured images of a coyote that prove they’re not all that different from the dogs we live with and love. 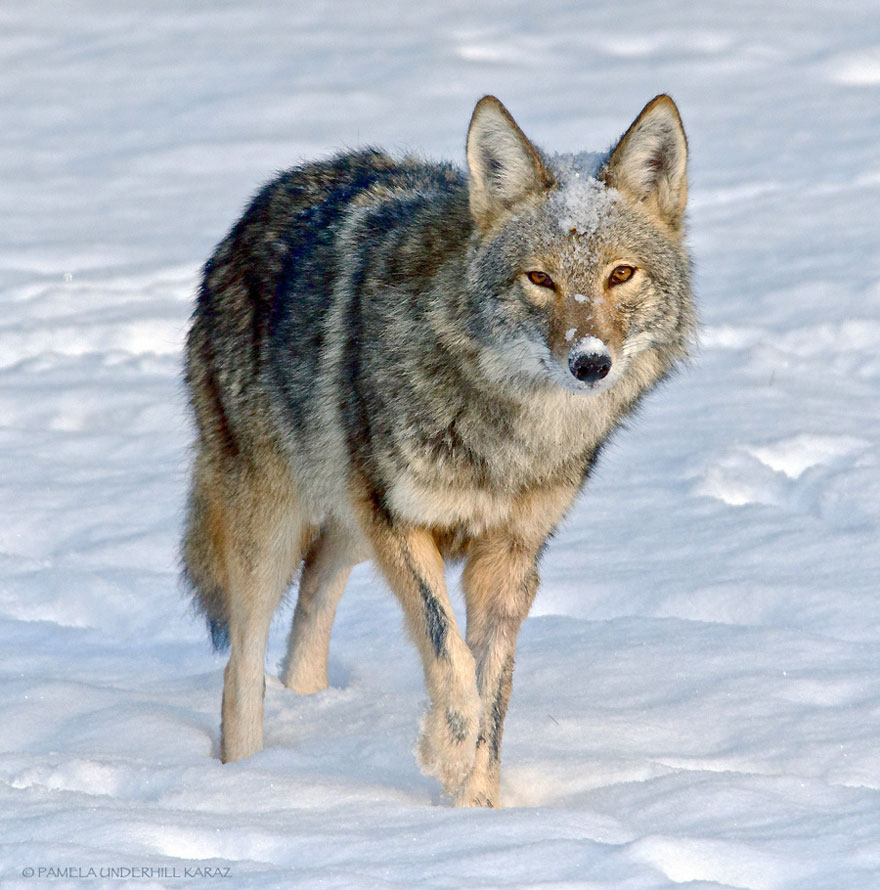 One morning Underhill Karaz spotted this wild coyote in her yard. “[He] picked it up then proceeded to toss it up in the air and play with it, just like a dog would toss a toy around,” she told Mother Nature Network. “It lasted perhaps five to 10 minutes, from picking up the toy, tossing it in the air, picking it up again and almost bucking around with it … then he just casually trotted off with it.“ 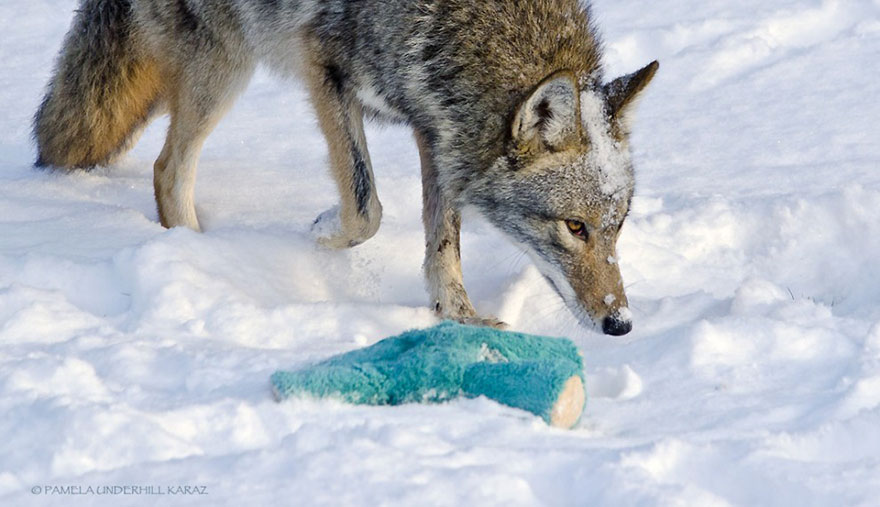 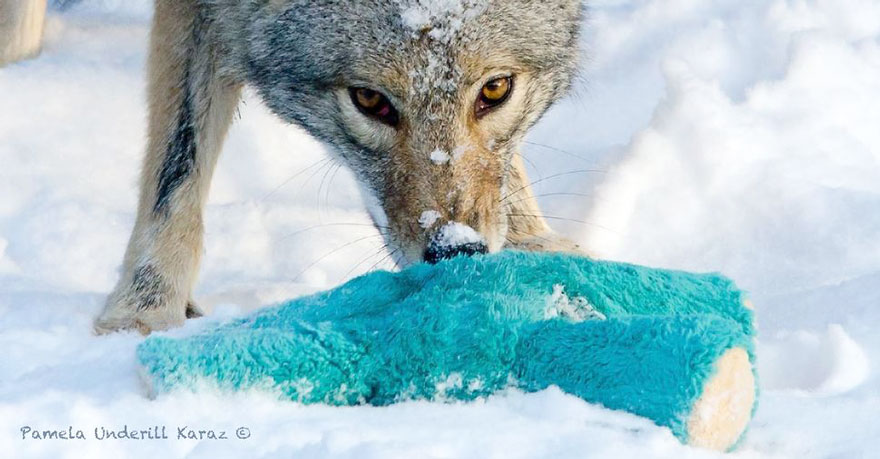 Karaz also said that this was not the first time that toys had disappeared from her yard, and that she suspected that this coyote might have taken other toys as well. “This was such a wonderful reminder that all animals, the wild and the not so wild (our pets) are really not so different. They have personalities, they have feelings, and they do their best to survive in what is sometimes a very unfriendly world. They are not so very different than us.“ 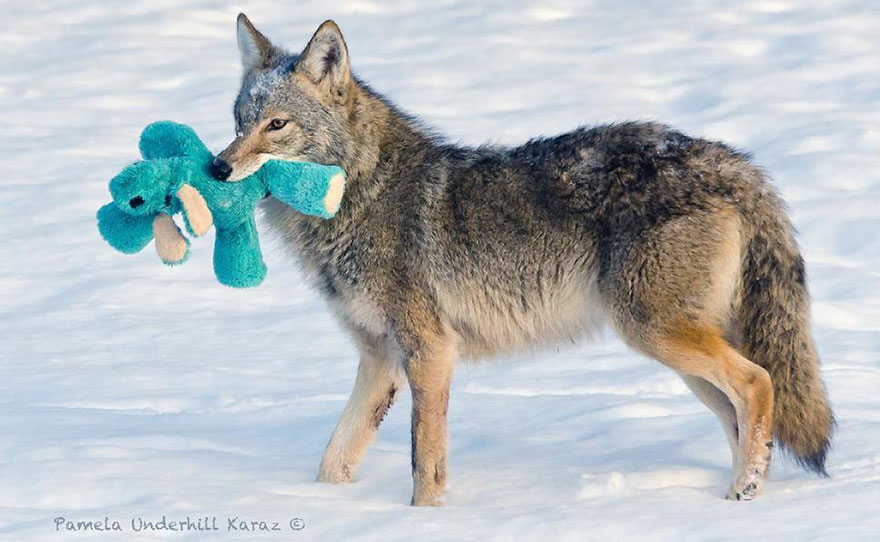