Lithuanian couple, Mantas and Rasa had lost their beloved ten-year-old dog named Aibo. They got so sad about the fact that Aibo is gone now. 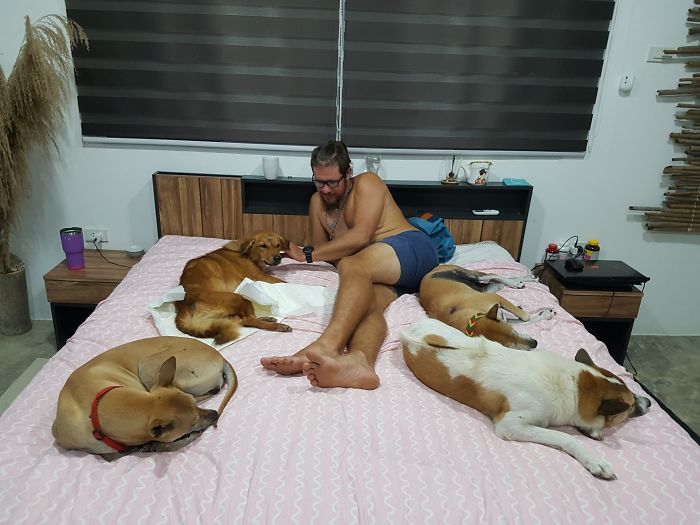 But later they moved to Koh Kood Island, living there for 6 years. At that time they adopted 15 stray dogs.

They take care of them and also drive 40 km every day to feed strays, give them medicine, and do daily check-ups. 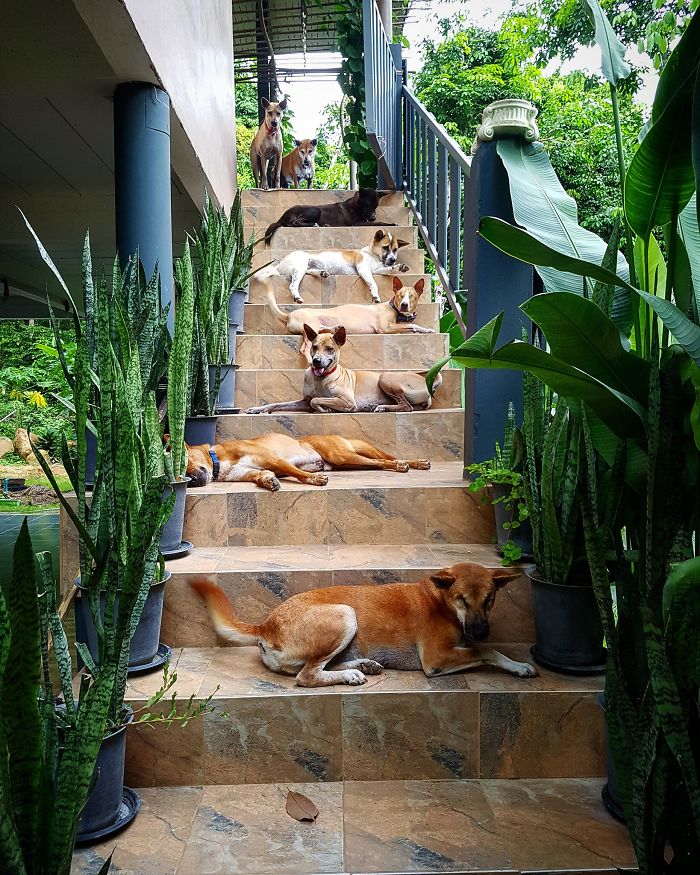 “He became very sick and it was impossible to save him. It was a very hard time for us, we couldn’t be with him, all we could do was to say we love him on the phone. We were so broken,” they said. 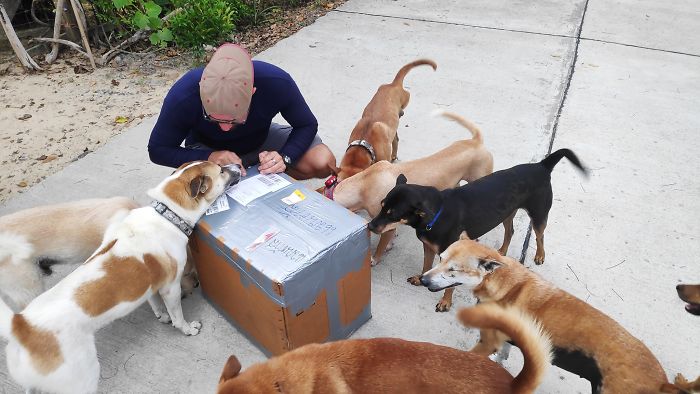 Now Mantas and Rasa are focused on these 15 stray dogs. Some of them were sick and injured but now they are healthy again thanks to the lovely couple. 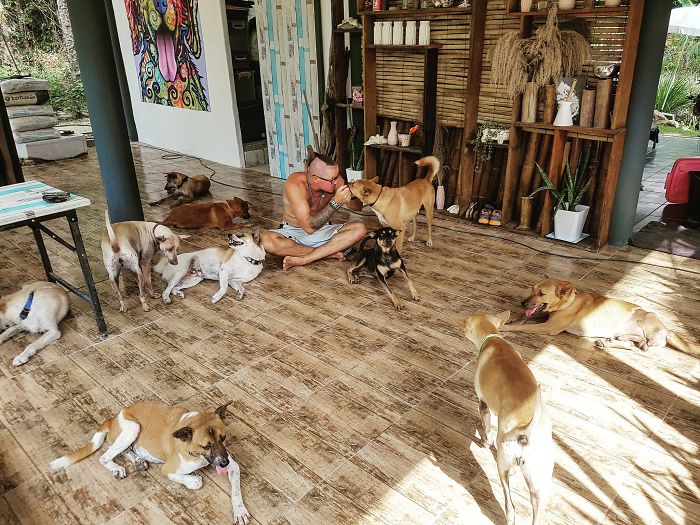 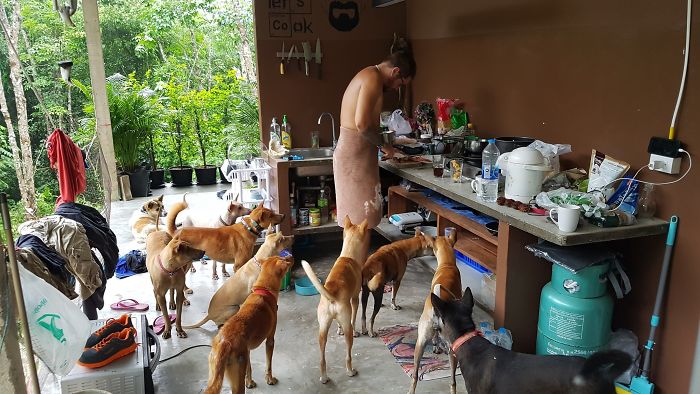