Get prepared for the most adorable friendship ever between a bulldog and a six-month-old rescue vixen cub.

The little foxy was saved by Pauline Ashanolla. Foxie was just 2-week-old and was abandoned.

So Pauline decided to bring this baby animal home. 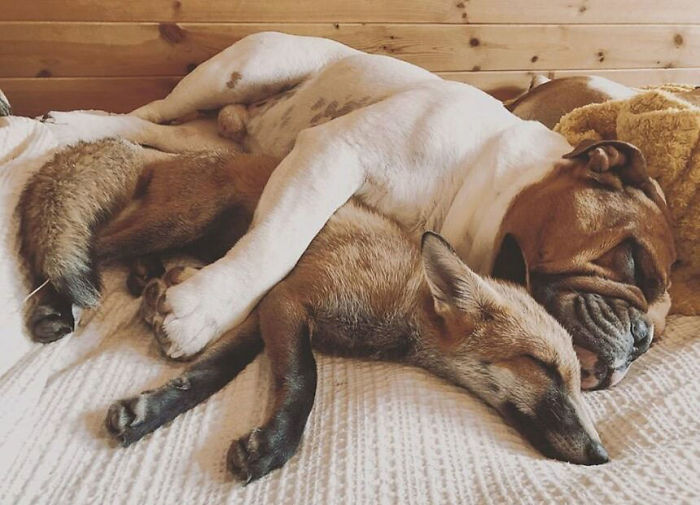 She took care of the little fox and named her Marley.

Pauline lives with her bulldog named Ernie. At first, Ernie was afraid of Marley but later felt in love with fox and now they both are inseparable.

“Marley was so poorly when we found her, she was covered in flies and ticks. They were in her ears, everywhere,” Pauline told The Kennedy News and Media. “She was throwing up worms, really big ones, they were longer than her. She definitely would have died if she’d been found just 15 minutes later.” 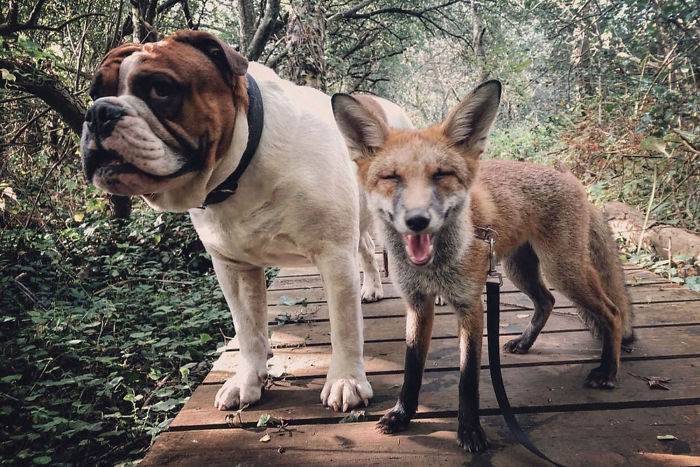 “I was worried about Marley at first and how she would get on with the dogs especially,” Pauline told The Kennedy News and Media.

They love spending time together and playing all day. 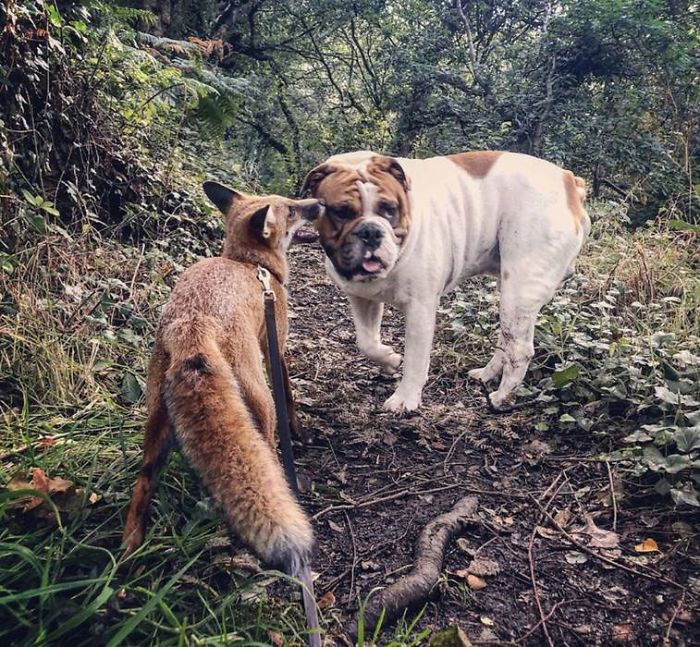 “They do everything together, they’re inseparable. They play with each other all day, they sleep together every night, they go for walks together,” Pauline told The Kennedy News and Media”.