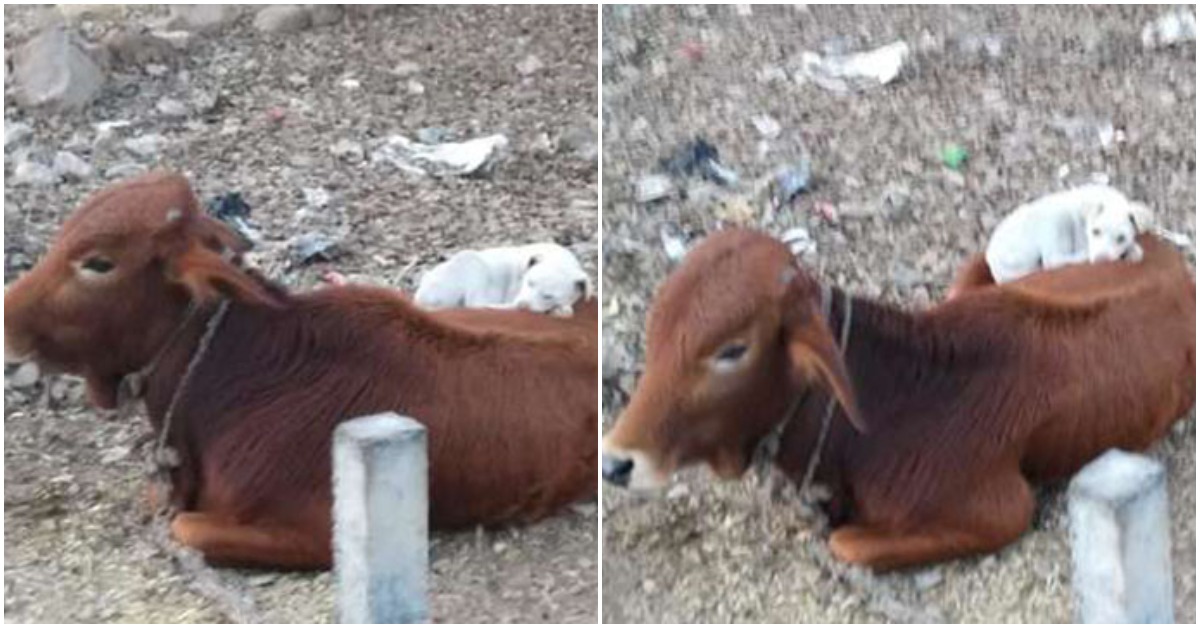 A guy in India managed to catch one of those once-in-a-lifetime experiences that can only be described as extraordinary. Sarthak Gambhir had just left his house when he noticed a dog enjoying a comfy nap on a cow while passing by a snack stand, which pleasantly surprised him and caused him to pull over to better watch the strange situation.

According to Gambhir, who spoke to The Dodo,

“This was the first time I’d ever seen something like it.”

The cow was aware that the dog was on his back, but he did not appear to mind. Gambhir tried to approach closer to picture them, fearing that his presence might startle them, but the dog was soundly sleeping, and the cow did not move to avoid waking up his friend.

It’s unclear whether this scene is usual among individuals who use this road, or whether this pair shares nap time, but for Gambhir, it was the first time he had seen this artwork, and it was surely startling.

Gambhir had to get back on his feet and go about his business, but the intriguing duo stayed with him in his thoughts. He wants to see the cow and the dog again because they are accustomed to taking these naps together on a regular basis.