For centuries, stories recounted by shepherds living in Corsica about meter-long cats with long sharp teeth that would attack ewes and goats at night were dismissed as a myth. However, in 2008 one such cat was accidentally caught in a chicken coop which encouraged scientists to extend their research of the new cat species.

The researchers from the National Office for Hunting and Wildlife (ONCFS) recently captured the animal dubbed as the cat-fox themselves and are confident that this is the creature that was previously believed to be a myth. 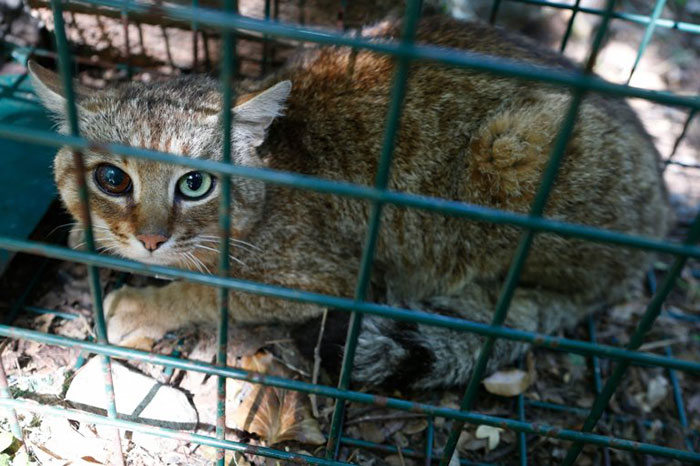 Known as cat-fox in English or as the ghjattu volpe in Corsican and the chat renard in French, this cat may look similar to domestic cats but is quite different in some ways. While the domestic cats are 46cm (18inches) in length on average, the discovered cat-fox measures 90cm (35inches) from head to tail. 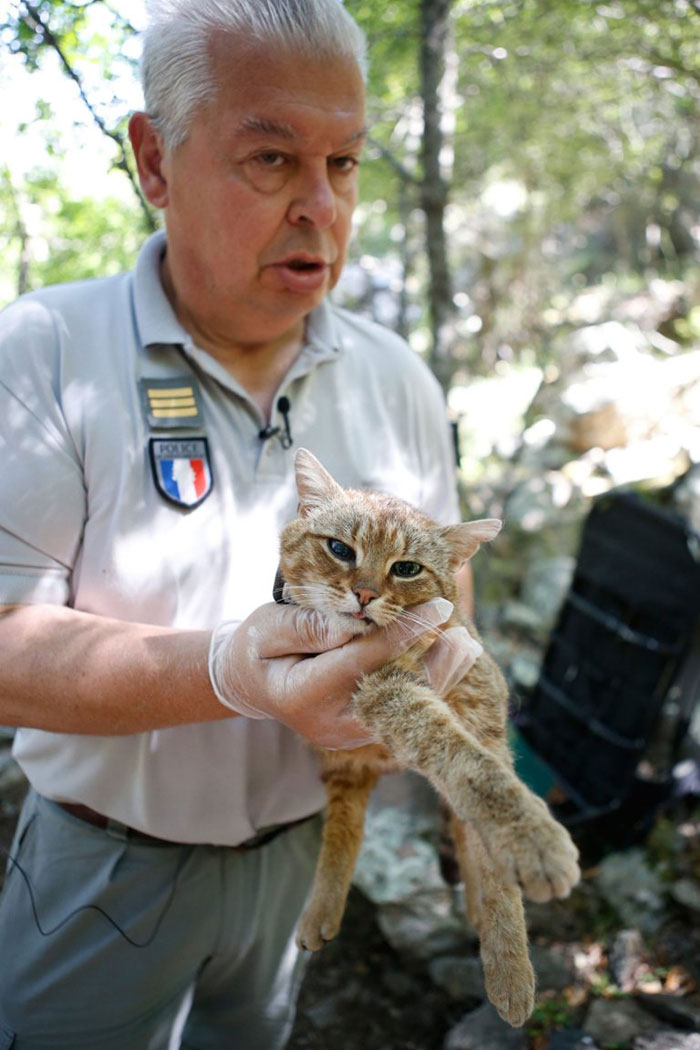 The cat-fox also has much longer canine teeth, short whiskers, and wide ears. Another important distinguishable feature is their tail with four rings and a black tip.

Chief environmental technician of the National Hunting and Wildlife Office, Pierre Bendetti couldn’t hide his excitement over the find of the animal. “It’s a wonderful discovery,” he told AFP. After all, he got to hold the fox-cat which is believed to be a brand new cat species.

“We believe that it’s a wild natural species which was known but not scientifically identified because it’s an extremely inconspicuous animal with nocturnal habits,” Pierre Benedetti added. The animal was captured using nonviolent methods, along with other 12 cat-foxes since 2016. It is estimated that 16 of them inhabit Corsica. 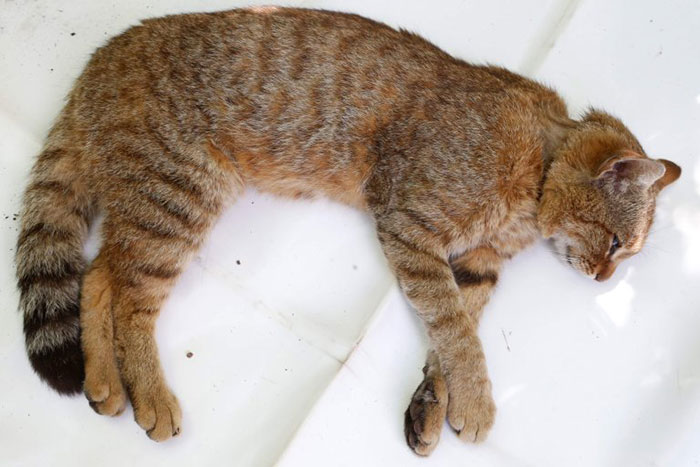 “The cat-fox is part of our shepherd mythology. From generation to generation, they told stories of how the forest cats would attack the udders of their ewes and goats,” says another ONCFS agent, Antone Cecchini.