Every one of us has some unique traits: a goofy eye, a crooked finger, long neck, narrow hips—you name it, someone has it. But there are some examples that go beyond this, some traits that are so unique they can catch anyone’s attention almost instantly. Among those types of examples is Eris the Borzoi wolfhound, who has an extremely long 12.2-inch snout. Her owners claim that she may have a world record holder nose and they definitely wouldn’t mind if experts measured it! 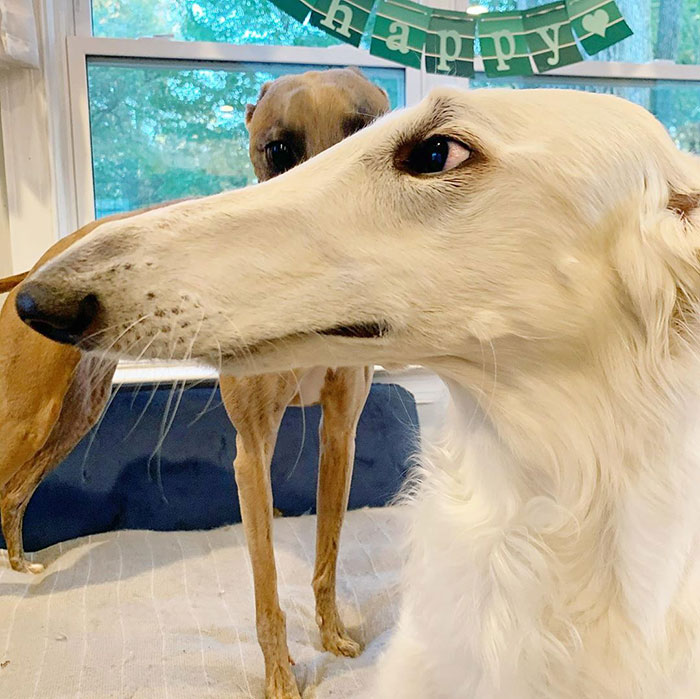 The couple from Richmond, Lily and Savannah, adopted her and brought her home in July 2018. Back then, she was just a pup, and no one even knew how long she and her nose would become. Just recently, she celebrated her second birthday. They grow up so fast, huh? Speaking of growing, the couple didn’t even realize that their Eris would become an Instagram sensation with over 179k followers. Originally, they created the account as a sort of a scrapbook, a place where they could track the progress of her growth. “We were always hoping to share some of the happiness and smiles Eris brings into our house, and in these last few months, it’s felt more impactful than ever. We’re so glad to be able to add a little tiny moment of light to all of the goodness shining through the world,” the owners shared their happiness with Bored Panda. 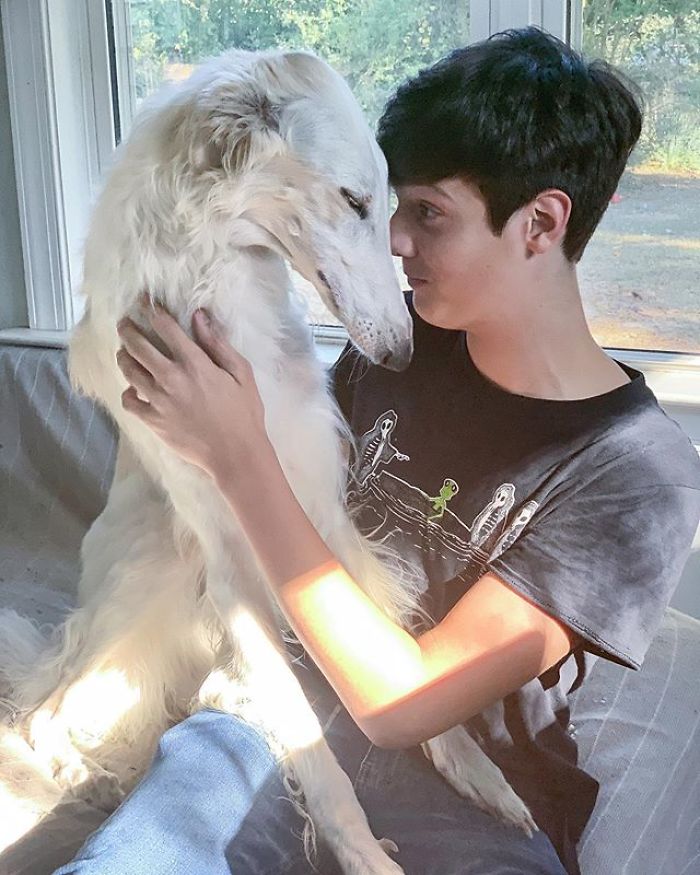 Here are some interesting facts about the Borzoi breed. Borzois originated in 17th-century Russia. The aristocracy liked the breed for their peculiar look and extremely good hunting skills, because there, the aristocracy often organized large hunting parties. Borzoi literally means “fast.” They’re otherwise known as Russian wolfhounds (not to be confused with a greyhound) or walking clouds (ain’t that cute?). They’re independent and an athletic breed, reaching around 26-30 inches at the shoulder as adults and weighing around 100 lbs. They’re usually very quiet as they don’t bark that often, and they adapt well to suburban life. So, there you go. 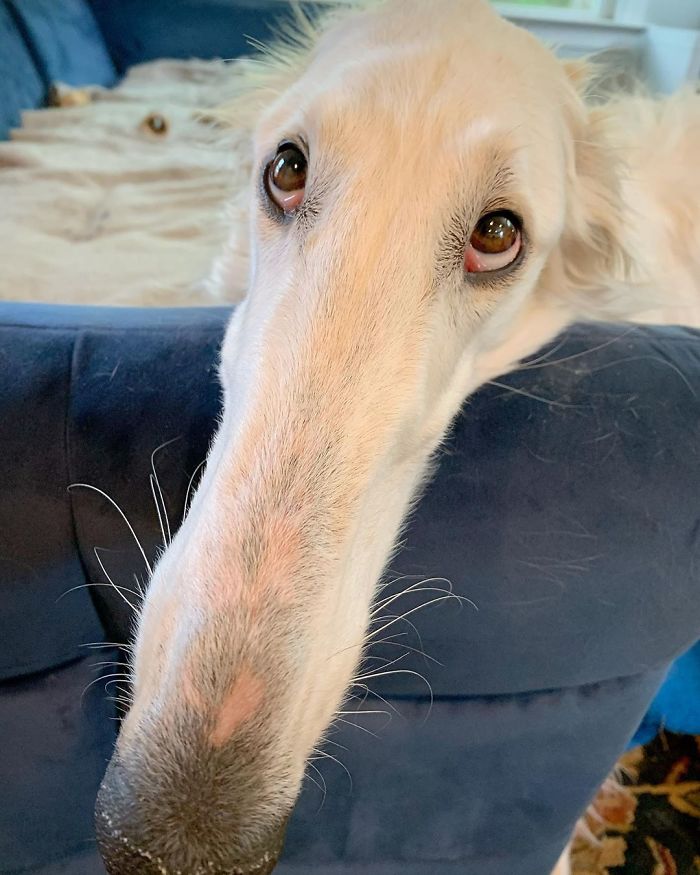