Friendship has no barrier. A cat can get along well with a dog, a dog can befriend a fox, or a monkey can play happily with a lion. There is no strange to see these kinds of friendship. This story is about a Chihuahua born without front legs and a rescued chicken. The two now build a strong bond, becoming inseparable. It’s pure and beautiful, having the power to warm up cold hearts. Keep scrolling! 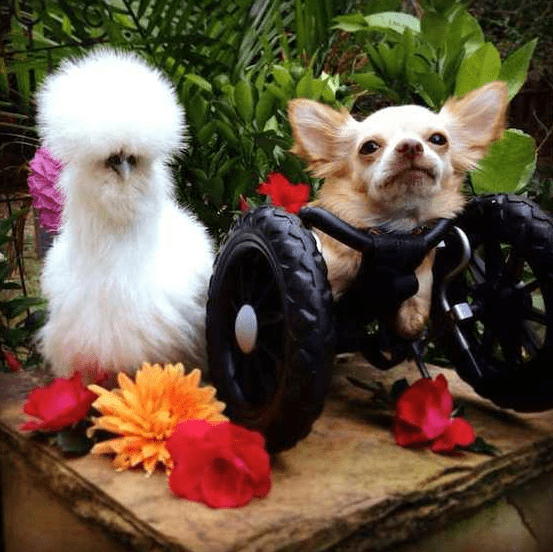 The Chihuahua is named Roo. The two-leg dog became the best friend with Penny the chicken who was also rescued by Alicia Williams.

Alicia spotted Roo in a ditch. The puppy was freezing cold at that time, possibly abandoned by a backyard breeder. The poor pup was born without his front legs. 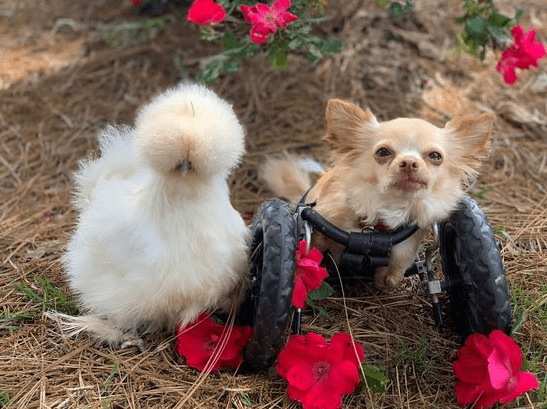 Penny was also rescued by Alicia. The adorable fluffy chicken was an “experimental chicken” that probably would have been put down. Luckily, Alicia rescued the animal and offered her a home.

The friendship between Penny and Roo comes naturally. The two play with each other at the Duluth Animal Hospital in Georgia where Alicia works. They do everything together, from taking a nap to walking in the snow. 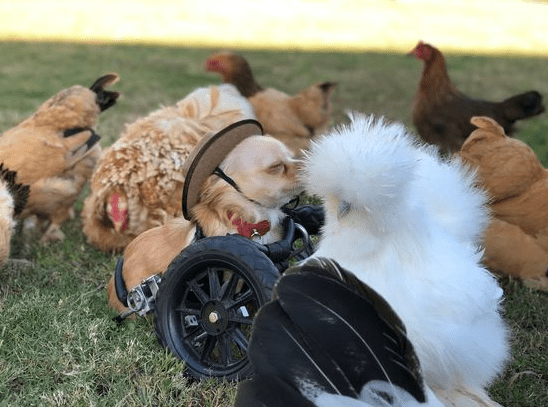 When the story was first written, Penny has since passed away but her cute chick, Pippa, has also become friends with Roo.

The Duluth Animal Hospital shared the video of the sweet friendship of Penny and Roo on YouTube.