Lazuli’s family found that she adores sinks not long after adopting her and her sister Lapis as kittens.

Lazuli will sit in the sinks around her house for several hours each day. Her parents ultimately came up with the great idea of getting her her own sink because she adores them so much.

“She kept slipping into the restrooms as we were leaving them to relax in sinks and then would cry for assistance when she realized she was left in there alone with the rest of her pack/pride,” Brennan, Lazuli’s father, told The Dodo. 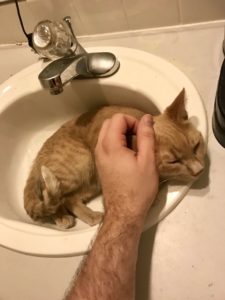 Lazuli and Lapis each have their own room, so their parents decided to get Lazuli her own sink to put in it. They drove to Home Depot and, after looking at a variety of sinks, chose the one they thought Lazuli would like most and took it home.

Brennan remarked, “It was just like $30, which isn’t really much more than most cat trees and toys, so it was worth it.” “It’s not nearly as hefty as you might imagine, so it was simple to put together for her.” 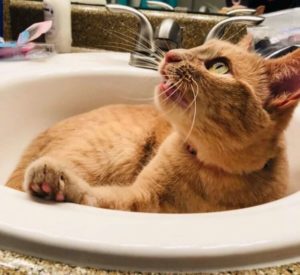 Lazuli was given with the sink once it had been put up, and the joy on her face when she understood it was especially for her was wonderful.

“She’s basically stating… ‘Really?! ‘I have my own sink,’ Brennan said. 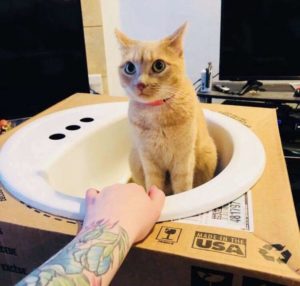 Lazuli now uses her sink whenever she can. She spends a lot of time in it, and thankfully for her, her other cat siblings aren’t very fond of it. 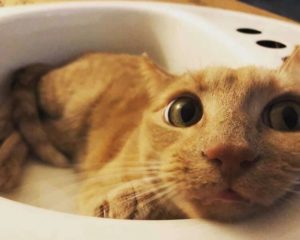 “It’s extremely popular in the summer,” Brennan remarked, “but just with Lazuli.” “It doesn’t appear to bother the other cats.”

Lazuli is the only one who uses the sink, and she wouldn’t have it any other way. 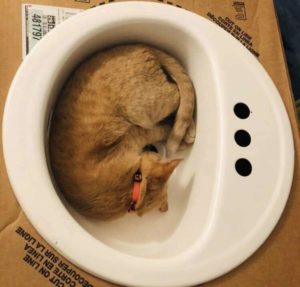