Four years ago, a police officer in Phoenix, Arizona, spotted an injured female pit bull wandering the streets. The dog was in such bad shape, it was incredible that she was still alive. 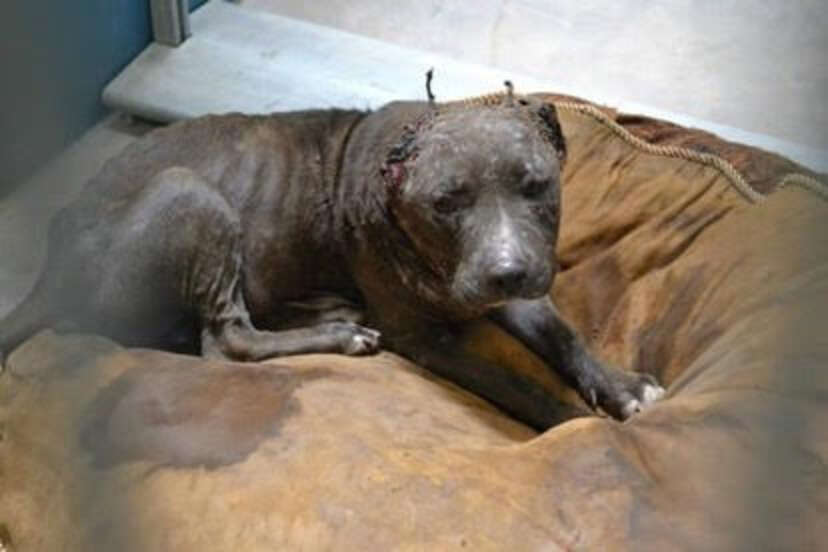 Perhaps most disturbing of all, the dog’s ears had been bitten off, which suggested that she’d been used in dogfighting, possibly as a bait dog.

“She had multiple bite wounds to her ear,” Jeannette said. “One of her ear flaps was completely severed; the other one was rotten and decayed and not preservable.” 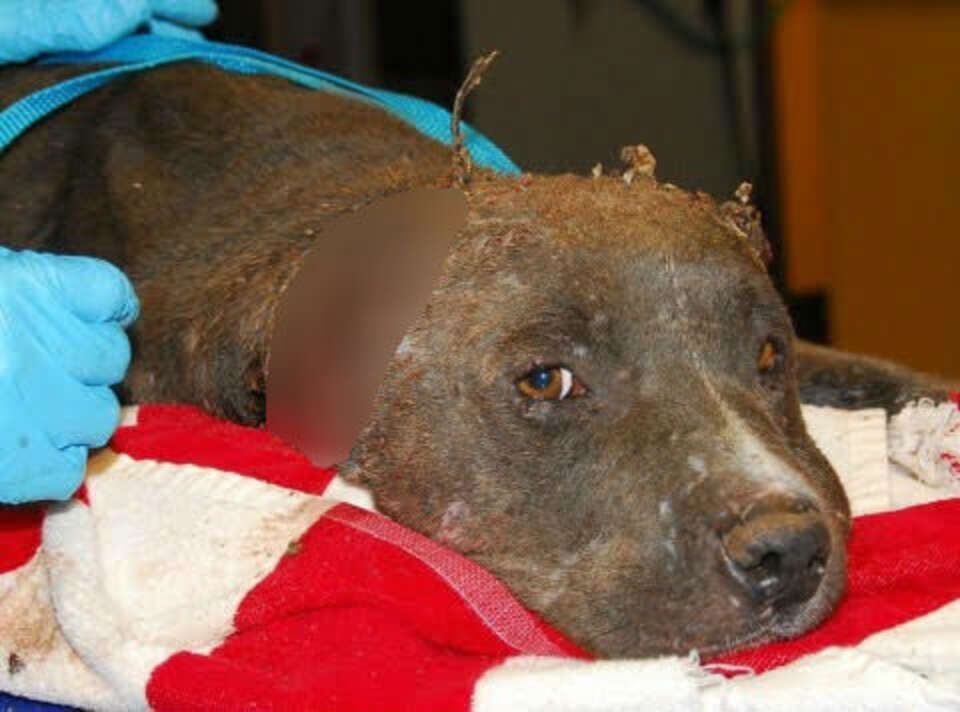 The police officer caught the dog and took her to a local shelter. Then volunteers from Mayday Pit Bull Rescue stepped in. While the rescue group couldn’t take the dog themselves, they contacted Jeannette and her husband, and asked if they would foster her.

“For some reason, we just agreed, and so my husband went and picked her up from the shelter, and immediately took her to the ER vet,” Jeannette said. 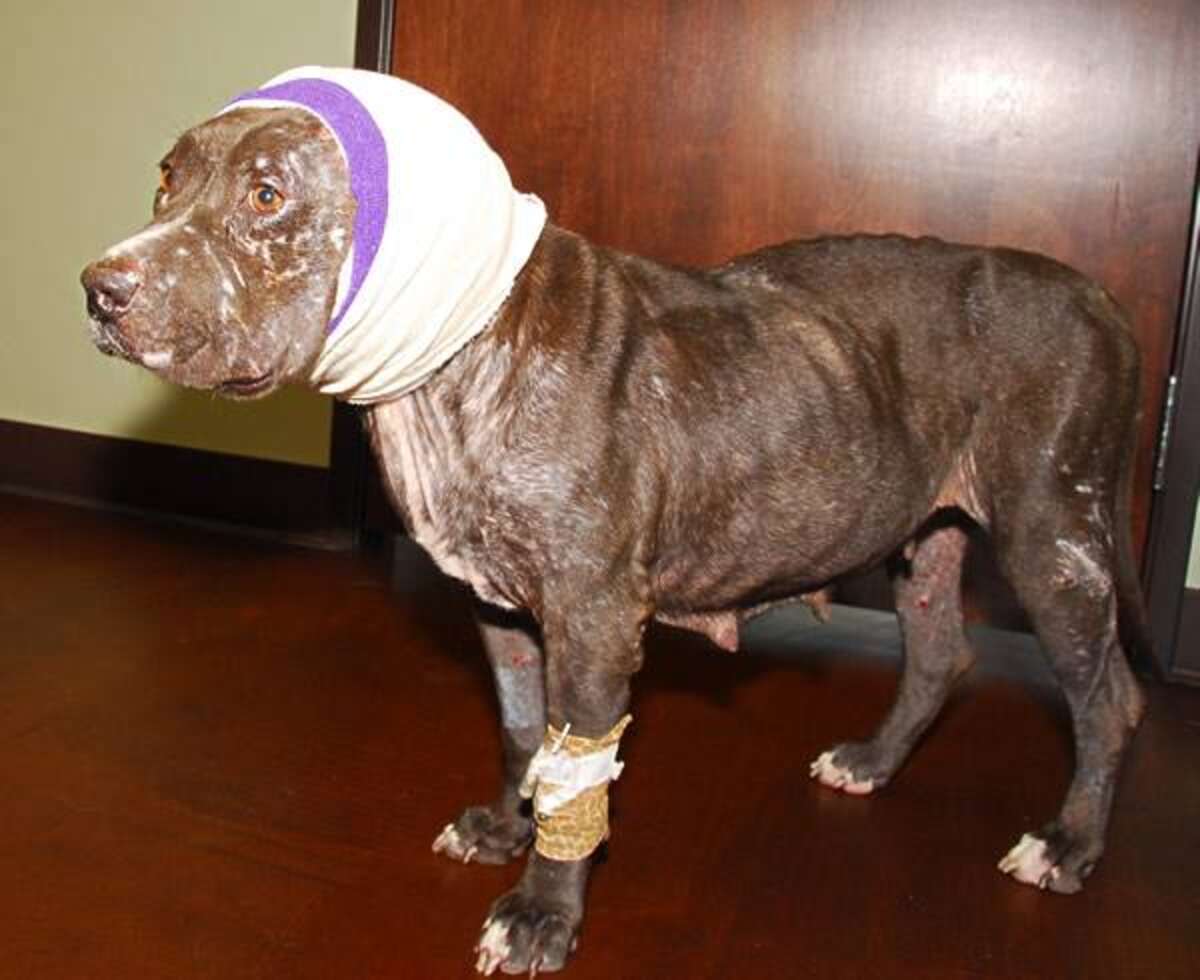 The vet team tried their best, but they didn’t think she’d make it.

“She ended up having multiple tick-borne diseases, and she was anemic,” Jeannette said. “The people at the rescue said she was the worst they’d ever seen. I mean, she literally smelled like death — it was horrible.”

But despite everything, the dog held onto life. 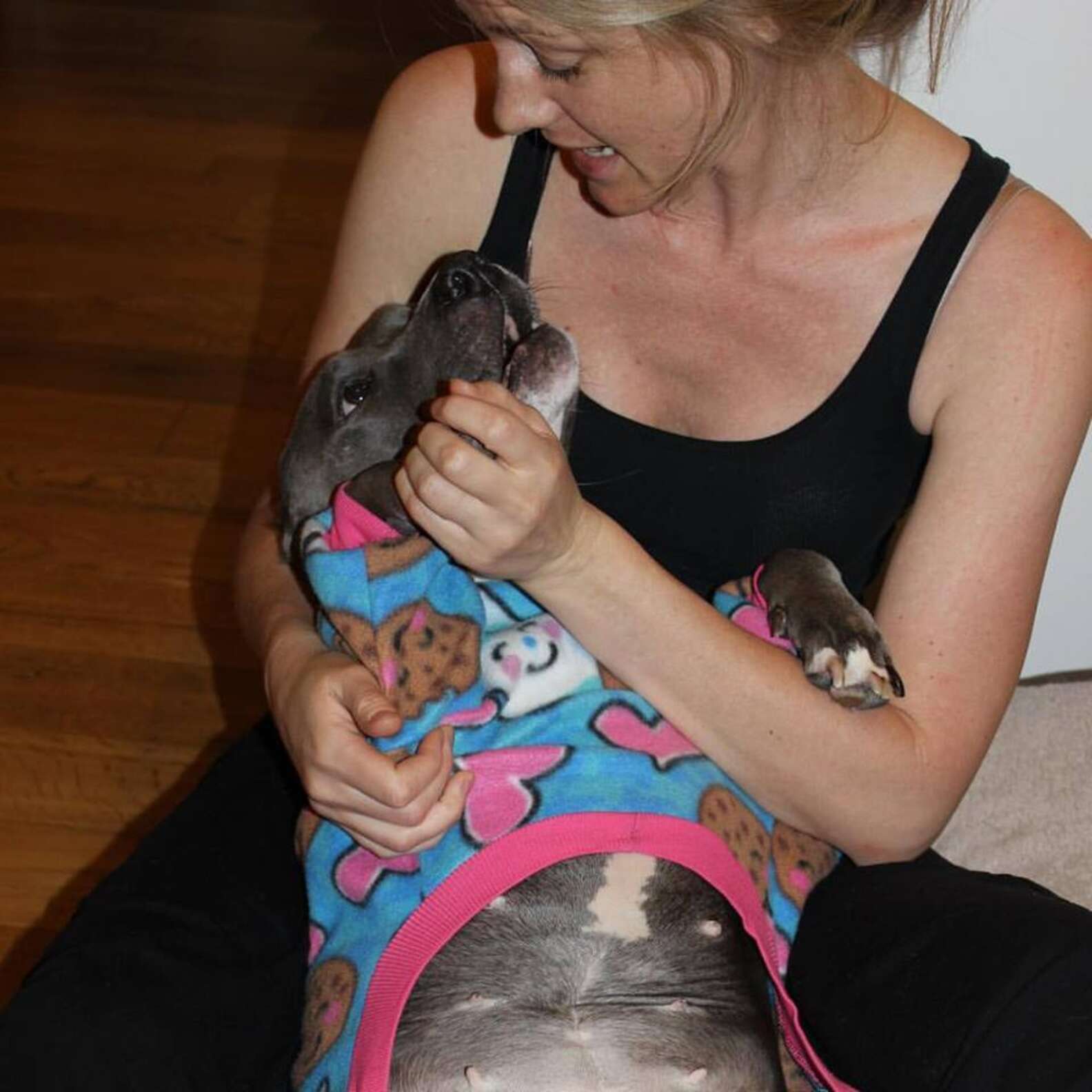 “You could tell that she was terrified, but there was this hope in her eyes, even though she had every reason in the world to be angry,” Jeannette added. “We were furious and so upset that someone could have done this to her, and yet she was so forgiving.”

The dog would need to stay at the vet for quite some time, but before leaving her there, Jeannette and her husband decided to name her.

“When you rescue a dog, you always want to give them a name, especially if they’re going to stay that night, so if they die, they die with a name,” Jeannette said. “We named her Calista, which means ‘most beautiful.’” 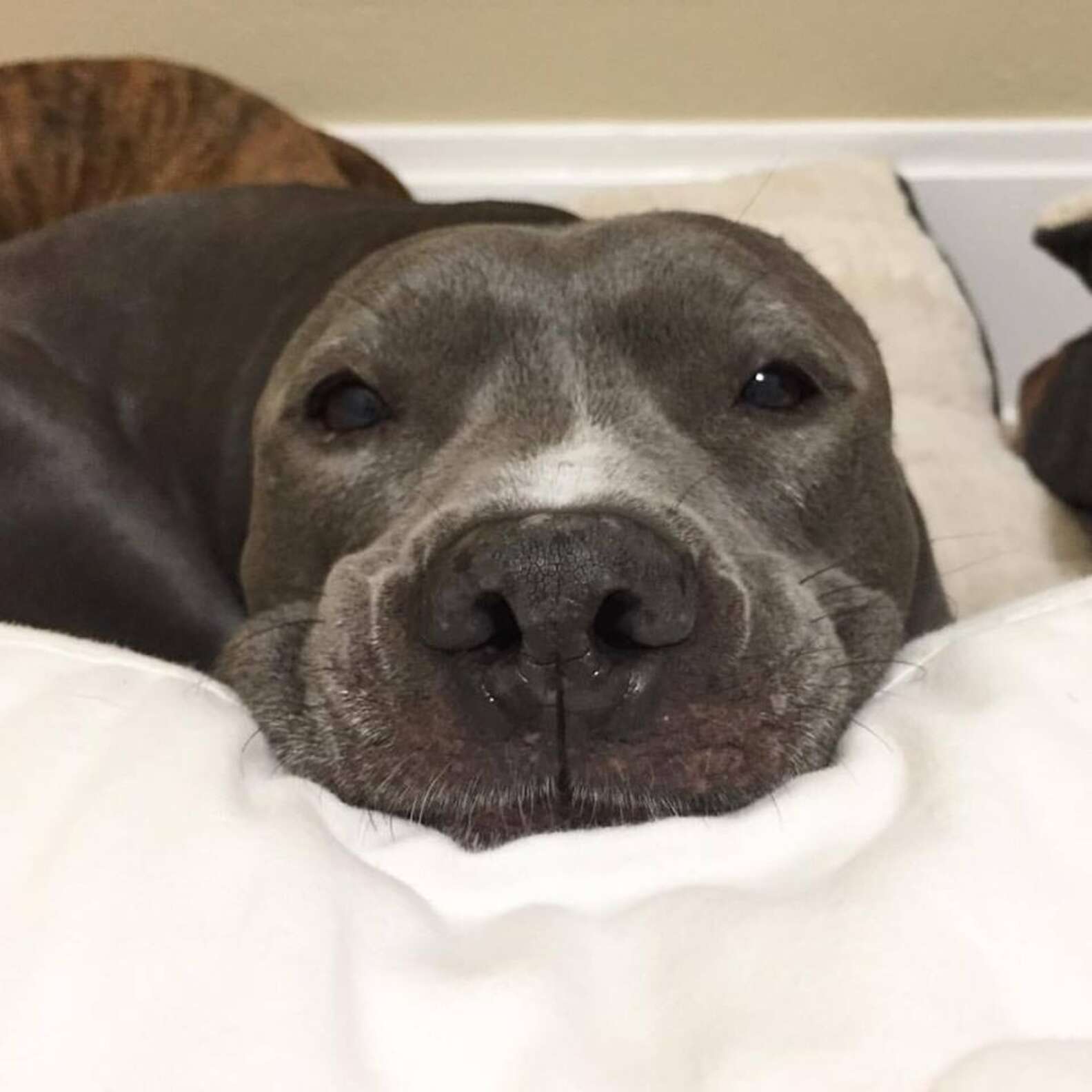 Calista surprised everyone by surviving the night. Then she survived another, and another.

Jeannette and her husband visited Calista every single day.

“We really wanted to form that bond with her, and let her know that there was consistency in her life,” Jeannette said. “People from the rescue also came and visited her, so she just had a lot of interaction with people.” 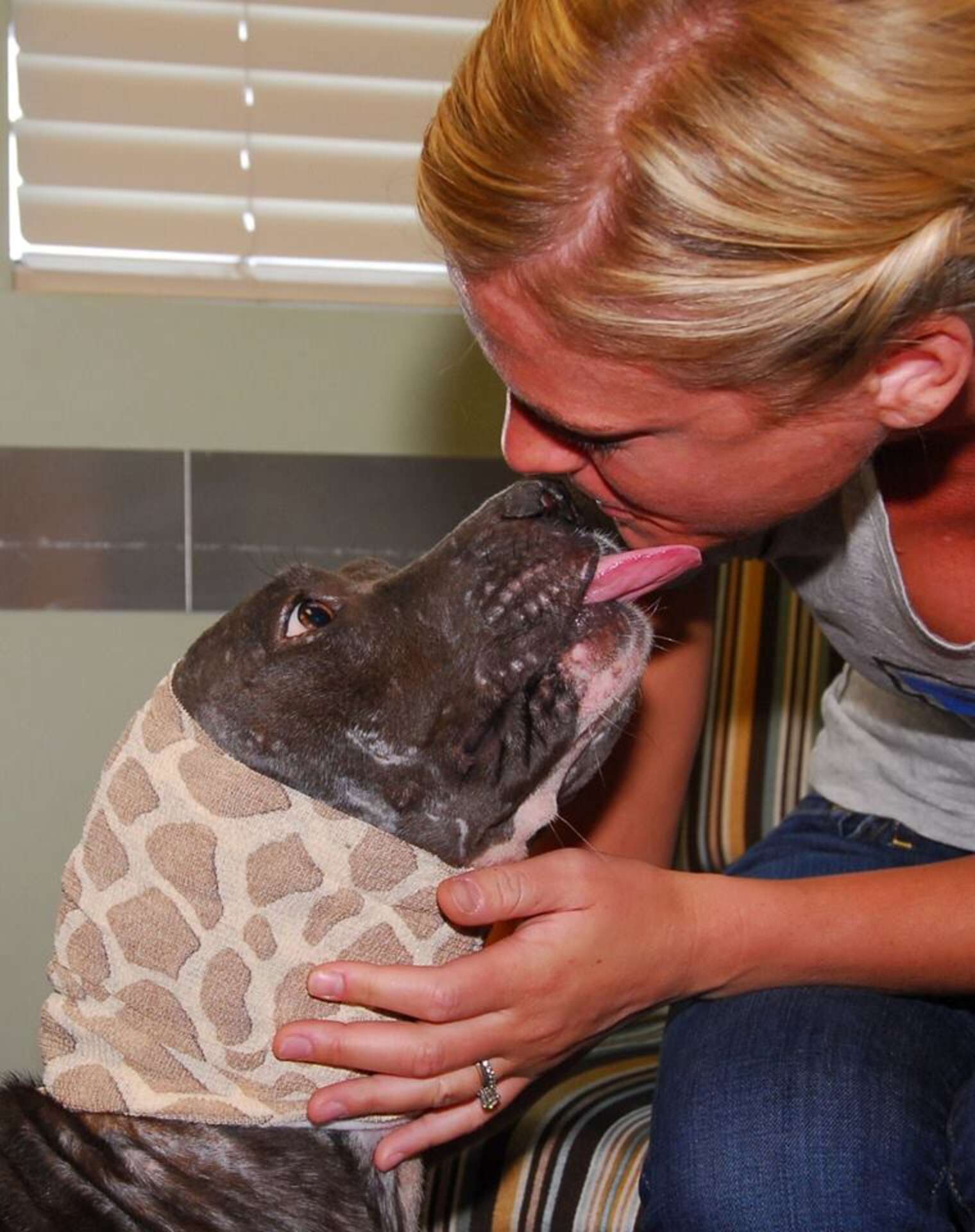 With intensive treatments and several reconstructive surgeries, Calista got better. After about a week, she was able to go home with Jeannette and her husband.

But at the time, they were only committed to fostering Calista — they had another dog, Zazu, and neither of them thought they were ready to adopt another.

But when Calista was put up for adoption a few months later, Jeannette quickly changed her mind 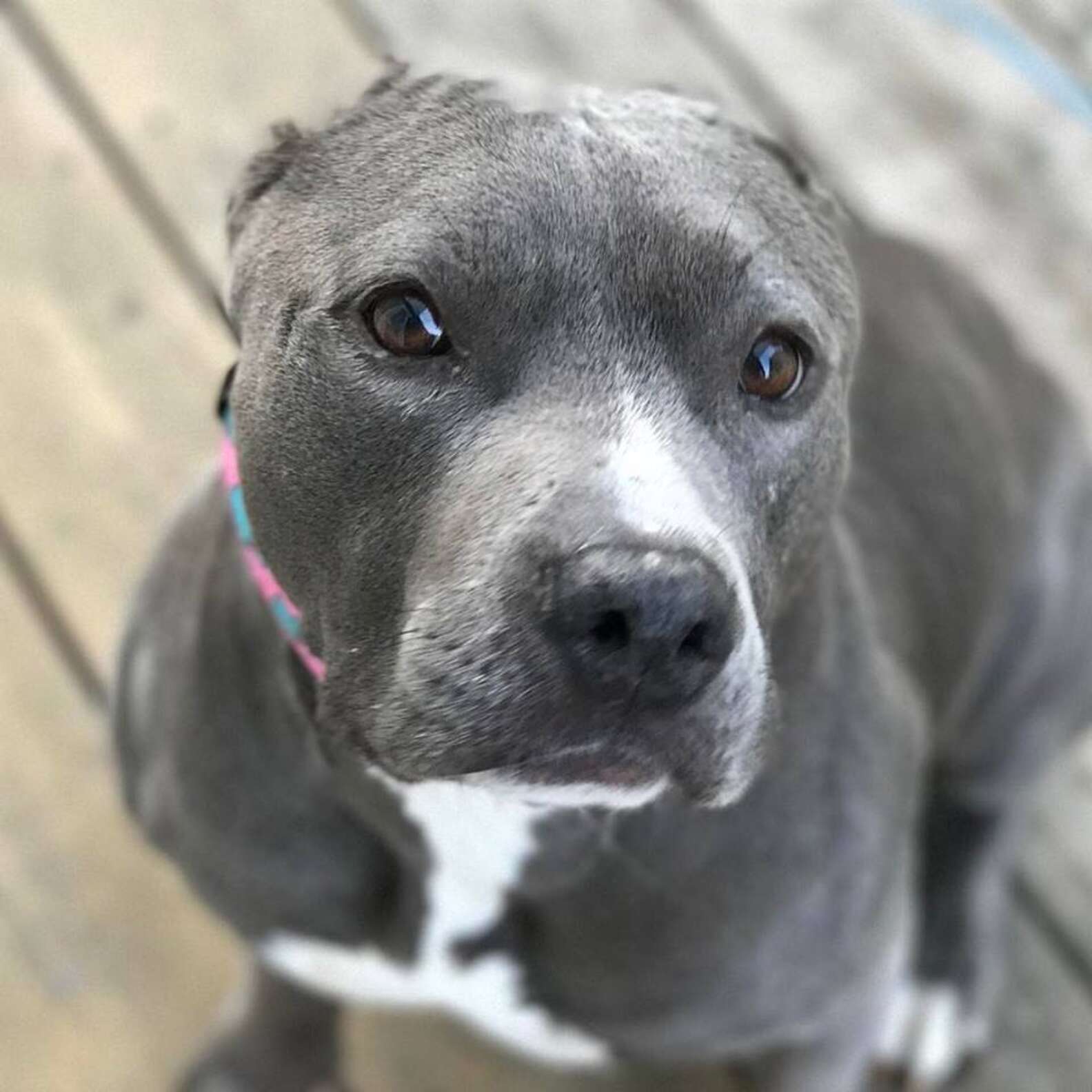 “Everyone else joked and said they knew she was staying, but we said, ‘No, no, she’s just a foster,’” Jeannette said. “And then as soon as she was available for adoption, I said ‘No, she’s not going anywhere.’”

“Now I can’t imagine her being anywhere but with us,” she added. “I think we needed to emotionally accept that we were ready to bring her in.” 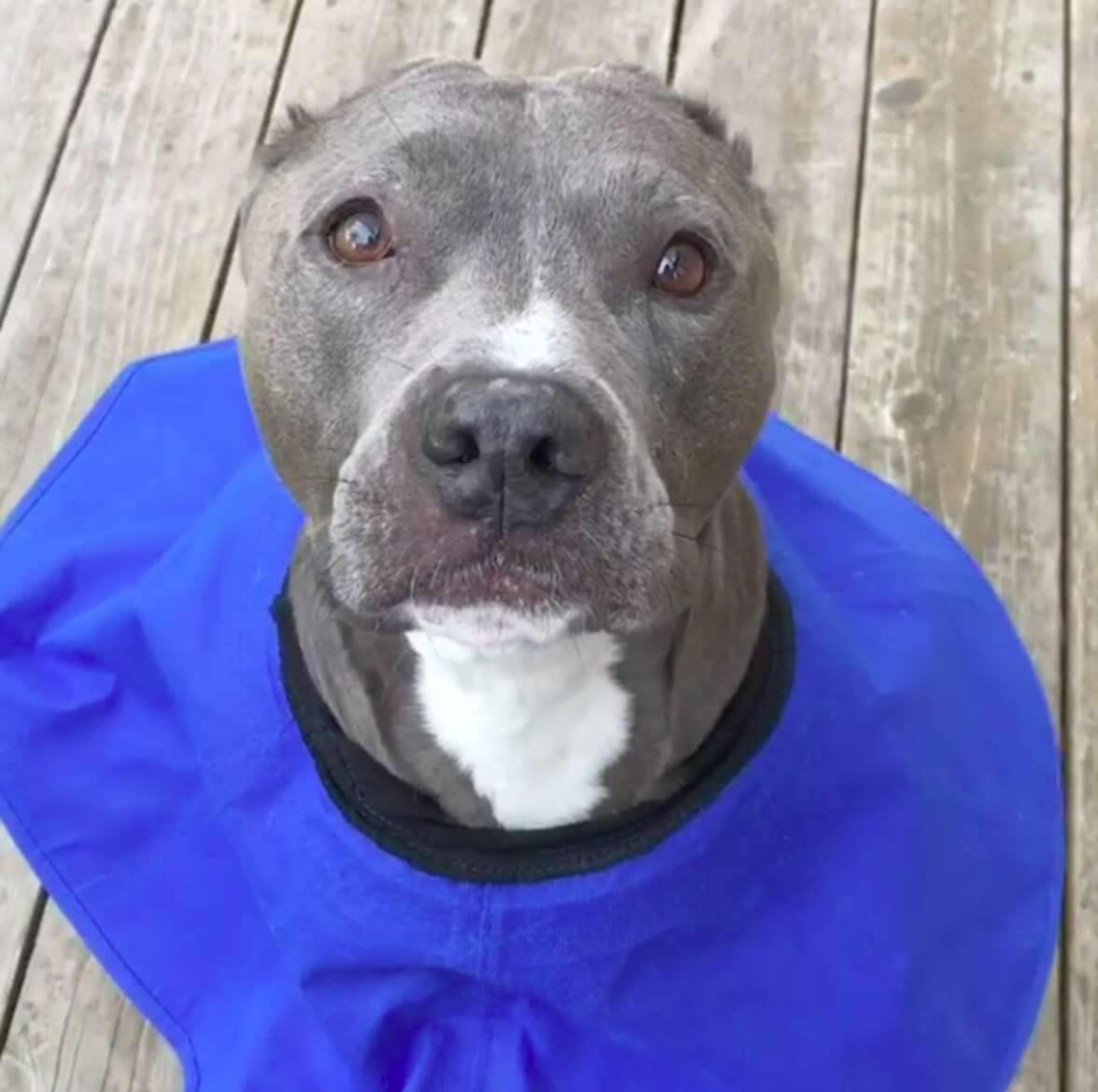 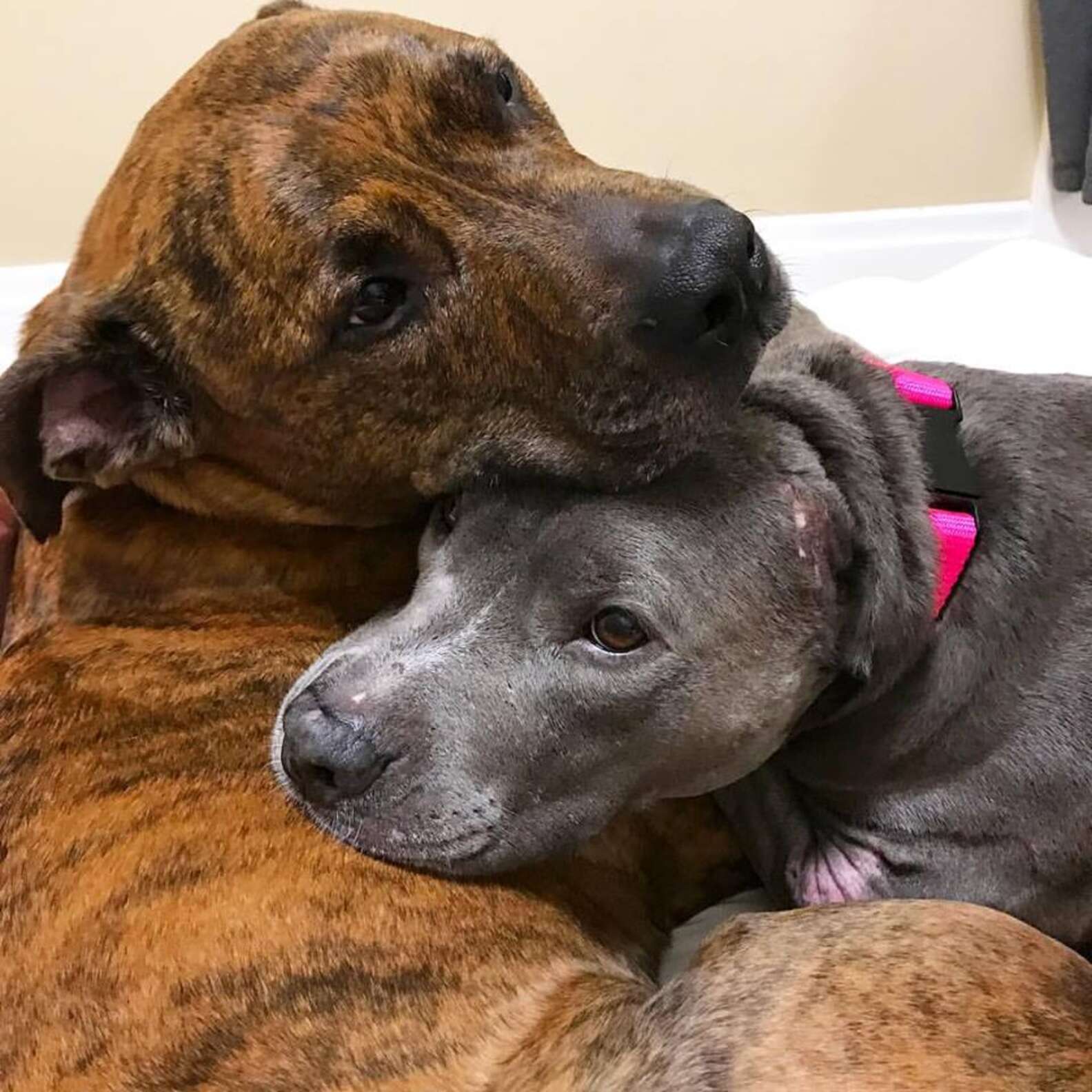 Calista still has some health problems, and she’s currently being treated for mast cell cancer. But overall, Calista is full of joy.

“She loves life,” Jeannette said. “She loves food. She loves people. She loves other animals. She’s just an amazing, amazing soul. Sometimes fear crops up from her experiences, but she’s pretty much overcome all of that.” 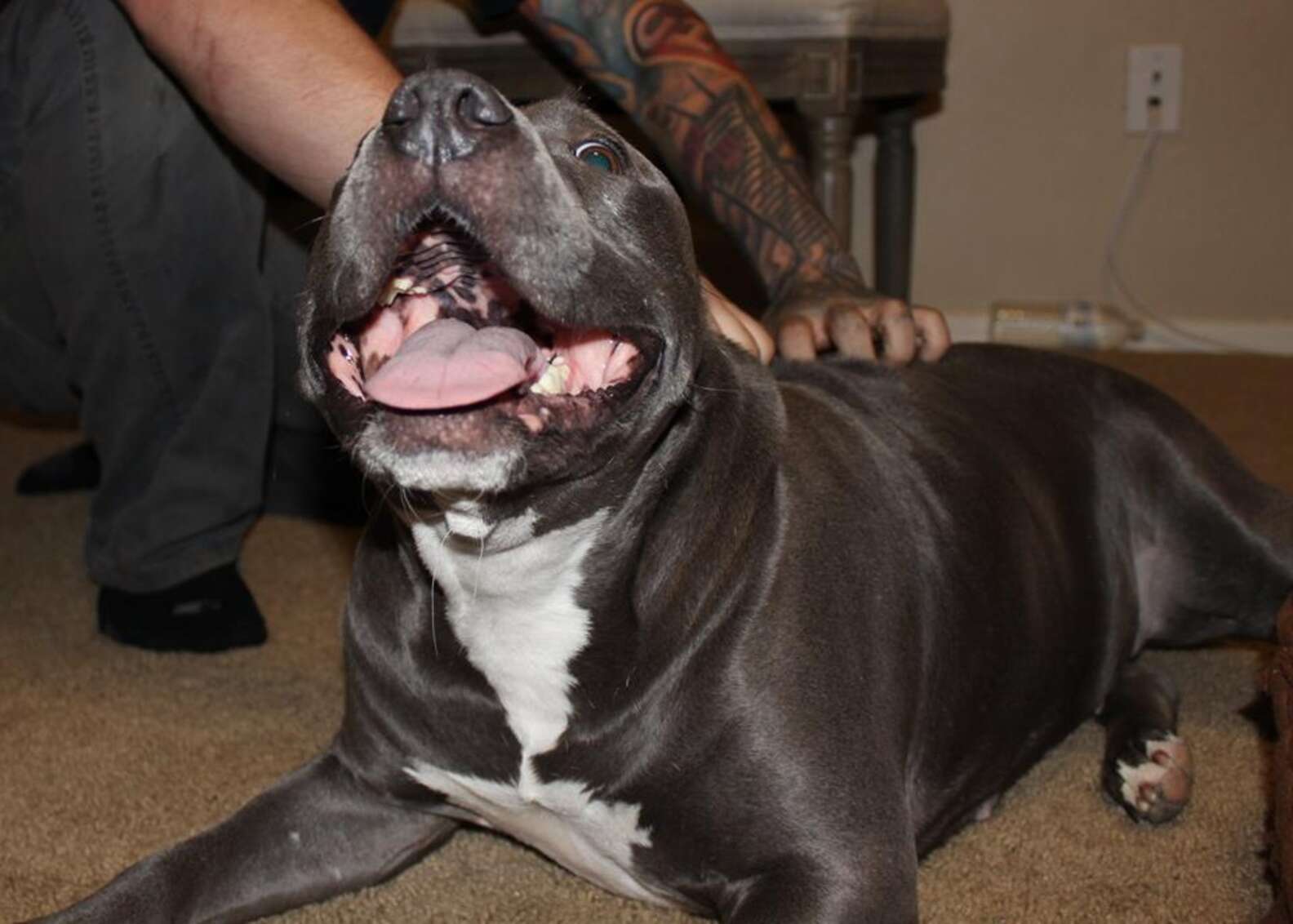 “She’s known for her tail drumming,” Jeannette added. “She’s always wagging her tail, and we have wooden floors, so it sounds like she’s drumming. She is literally the happiest dog I have ever known.”